I found a wonderful little book at the library about magic squares. Magic AND math? Really? What could be better?!?!

A magic square is a square grid of different numbers. When you add the numbers across, down, and diagonal, they all add up to the same number! 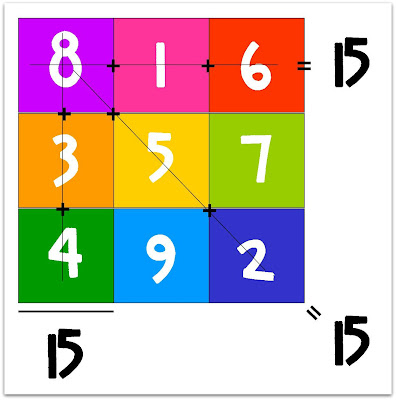 My son and I read the beginning of Colleen Adams' book, which explained magic squares and shared the ancient tale of a tortoise in China whose shell had dots that formed a magic square.

The book also shared the engraving by German artist Albrecht Durer from 1514 that contained a magic square that added to 34. 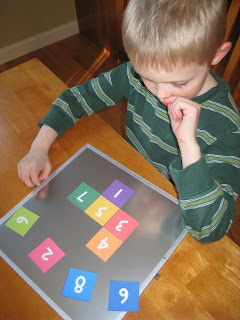 To give my son a little math practice, I made some number magnets 1-9, using the same process as the alphabet magnets I’ve made in the past. Then, I gave him a small magnetic board and arranged several of the magnets, leaving four or five off. It was up to him to figure out where to place the remaining magnets to equal 15 in every row, column, and diagonal. 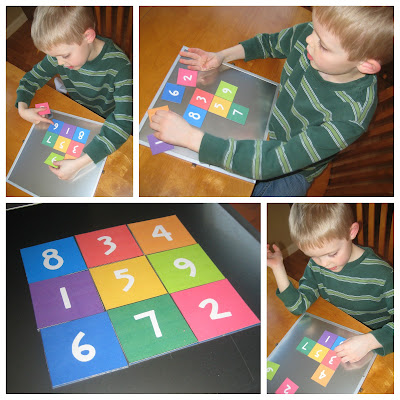 He needed to use both addition AND subtraction to complete the magic square! What fun!

Download the number magnets I made, as well as four configurations of magic squares that add to 15 here.
Posted by Deceptively Educational at 7:04 AM