Maybe my kids are weird but both of them love using drinking straws. So we had all the supplies we needed on hand for this little craft – nine straws and some clear tape.

When I told my son we were making a flute, he was super excited. His classroom teacher is getting married and has been sharing details of the ceremony. “You know what the only instrument being played at her wedding is, Mom?” my son asked. “The flute!”

Before we got crafty, we read a wonderful book. Kyra Teis has done a beautiful job adapting Mozart’s opera The Magic Flute into a children’s story. I bought this off Amazon and am SO glad I did.

Before we got into the story, we went through the cast of characters on the opening few pages. My son was already hooked – after all, there’s a wise and powerful sorcerer and an evil queen. Right there, he’d made up his mind that the story was going to be good. And it was! There’s a whimsy and wonder to the story that my son and I both loved. This book would be a winner for boys and girls alike.

With the book read, I asked my son to grab his ruler, scissors, nine straws, and some clear tape. It was time to make a pan flute! (I got the idea here.)

The first straw was set aside; it required no cutting. The second straw was lined up against the ruler and 2 centimeters were cut off the bottom. It was laid next to the uncut straw. The next straw, 2 more centimeter (i.e. 4 centimeters) was cut off. This process continued until 8 straws had been cut. 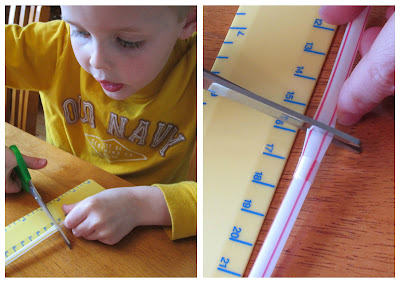 Now my son laid a long piece of clear tape sticky side up on the table and lined the straws up longest to shortest, with the tops of each even with one another. Then he wrapped the tape around them. 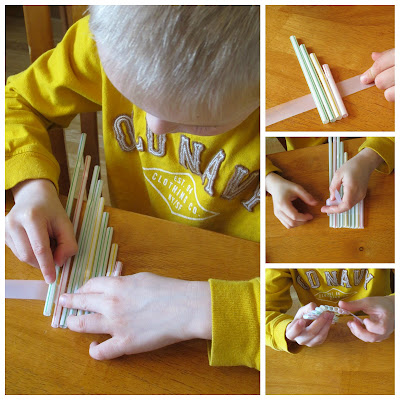 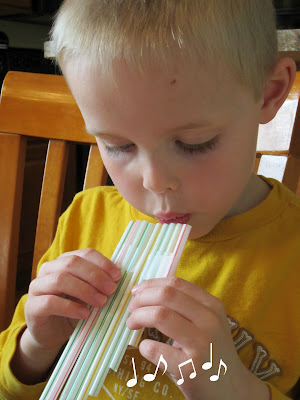 After what seemed like an eternity, I was finally able to pull the flute away from my son long enough for him to write a little. (Click on the picture to download this PDF.) 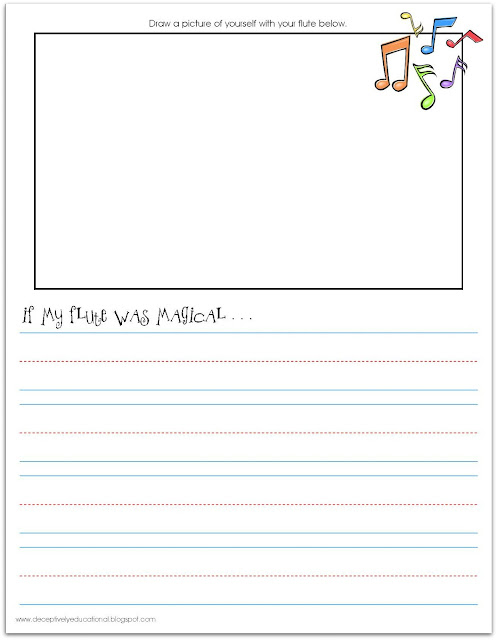 I gave him some writing paper and asked him to draw a picture of himself playing the flute and tell me what he’d do if his flute truly WAS magical. 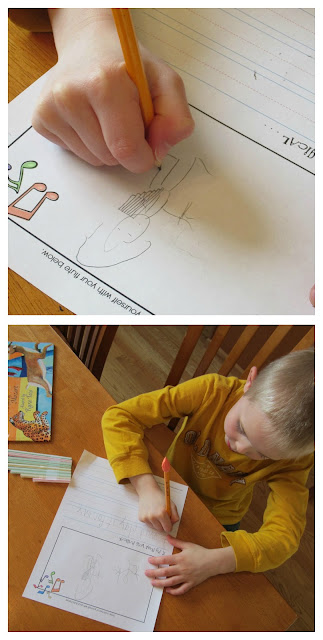 “I would play it for my brother to make him fall asleep,” he wrote. Since our youngest son has all but given up naps, I have to say, I think I’d play it if it could do that!

Before we both moved on to other activities, my son and I watched a little bit of a performance of The Magic Flute on YouTube. We had fun trying to figure out which singers were what cast members.
Posted by Deceptively Educational at 7:19 AM