Our youngest son struggles with spelling. He's finally figured out the b and d, but frequently still writes words with random capital letters. This year has been a struggle. Some of the typical memorization games I designed for our oldest son haven't seemed to improve the outcome of his weekly tests. It just wasn't sticking.

No two kids are alike.

To make it easier, I've been giving him tricks - sometimes visualizations, sometimes jingles, and sometimes a silly sentence. Guess what? Test scores are rising!

Here's a few examples of what we've done the last few weeks.

SPELLING WORD: YOUNG
My son kept leaving the u out of young. I told him to remember: U are young!

SPELLING WORDS: -EA and -EE WORDS
I knew this was going to be a gargantuan challenge. I divided the list. Once I had all the -ee words, I made a sentence for him to remember: "Free wheel for sheep that sneeze between their teeth." To make it more memorable, we sang it. Any other words he's tested that are not in this sentence are -ea words. This trick helped him during our first few nights practicing. Eventually, he didn't have to sing the jingle sentence. He had memorized which words were -ea (beach, eat, teach, reason, etc.) and which were -ee!

SPELLING WORD: BIRTHDAY
Every time my son spelled birthday, he said the second letter was an a. I told him to look at the word. Do you see the birthday candle in the word? YES! This visualization really did the trick (pun intended)!

SPELLING WORD: RAISIN
There's no z in raisin, but try telling that to my son two weeks ago. I told him to remember, "snakes (drawing an s with my hand) like raisins."

SPELLING WORD: FENCES
That c sure sounds like an s, doesn't it? To help my son remember, we came up with the hint: Do you "c" fences?

SPELLING WORD: TRAIN
Sometimes I point out words within words to help my son. When he spelled train initially, he left out the r. I showed him train is really t-rain. BOOM! No more missing letter!

A few hints, a simple song, or a silly sentence have made all the difference for us. I hope some of these tips help you and your kids!

Our 2nd grade son has been doing activities I made for our now 12-year-old son. It's been fun to rediscover so many of the activities I created years ago. Since our two boys are very different, it's still fun to create customized activities for him. And since he loves mazes and needs to practice spelling, this is one such activity. 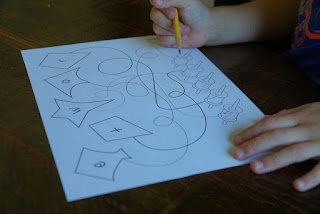 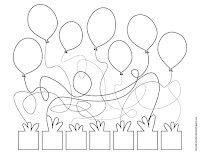 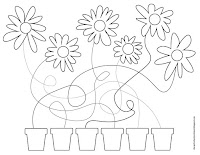 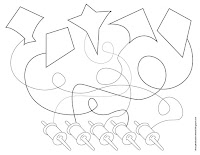 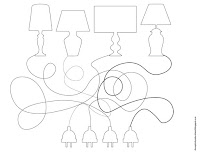 Imagine the bottom boxes filled in with the letters in your child's spelling word. Follow the lines up to the shape above and add the respective letters there. Download a PDF of the four mazes from Google Drive here (remember, teachers, to use your personal email address if you need to request access as your school probably limits messages from outside their domain). 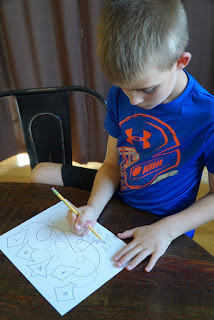 This is quick, simple, and fun. Spelling practice doesn't have to be boring. Just make it a-MAZE-ing!
Posted by Deceptively Educational at 7:17 PM 2 comments:


It's no secret. I hate flash cards. They're so ... not fun. To give my 1st grade son a little practice with simple addition and turn repetition into memorization (hopefully), I made a simple board game. 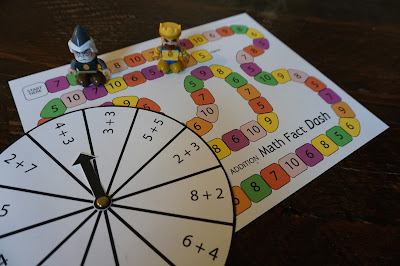 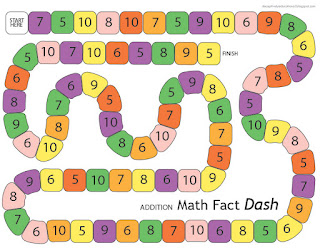 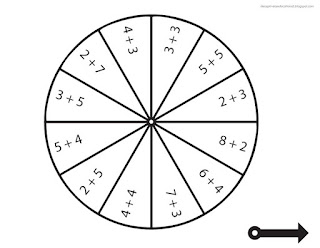 How to Play
Game pieces are placed on the start square. The youngest player spins first. He/she solves the addition problem and moves their game piece to the nearest square with the answer. Turns alternate between players until a player gets the math problem where the answer is 5, the final square on the board.