This activity is light on education and heavy on fun. Sometimes that's just what a kid needs after a day of reviewing for year-end tests at school. 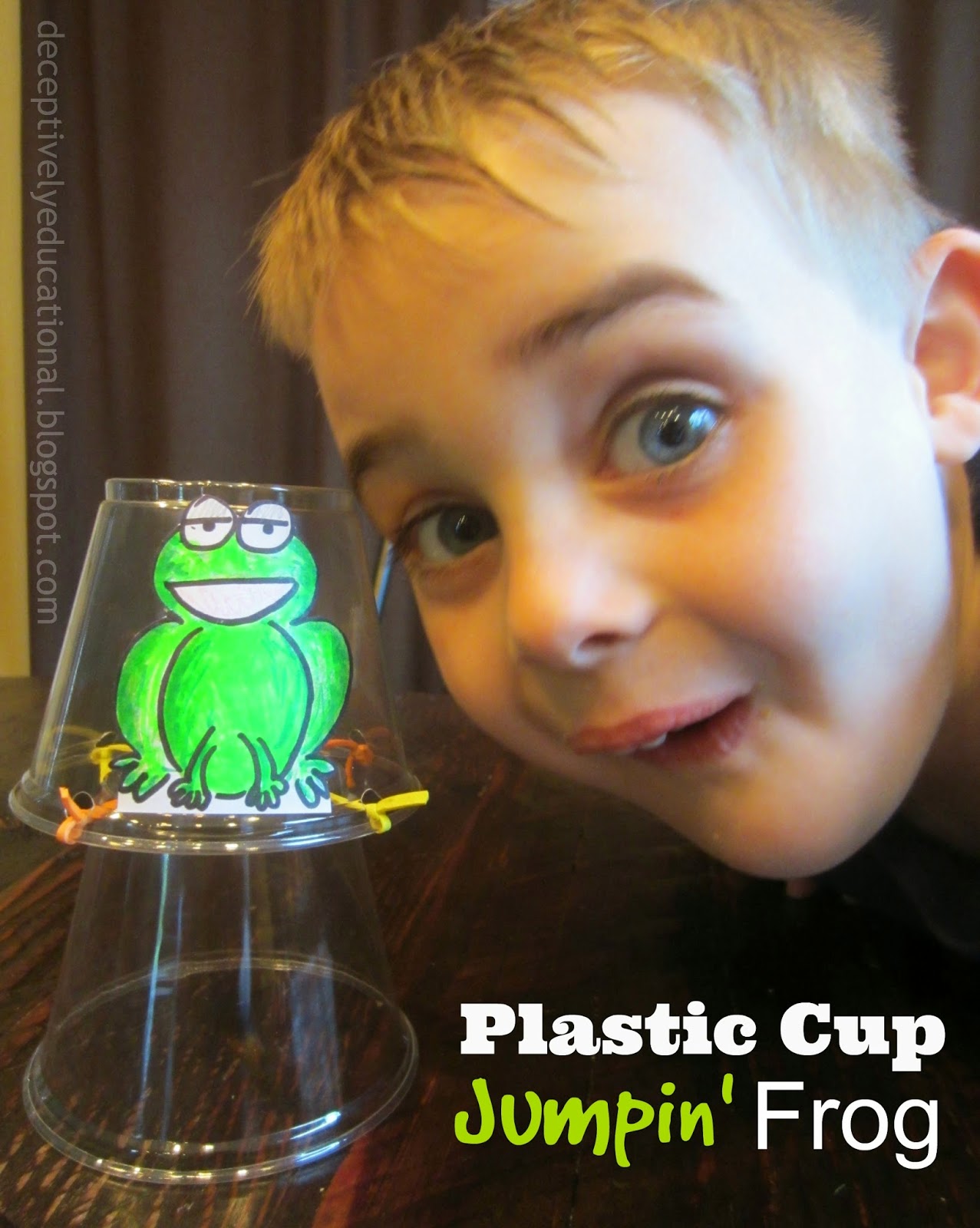 Here's how to make it:
Draw a frog on a small piece of paper. I gave my son these step-by-step instructions to help him. 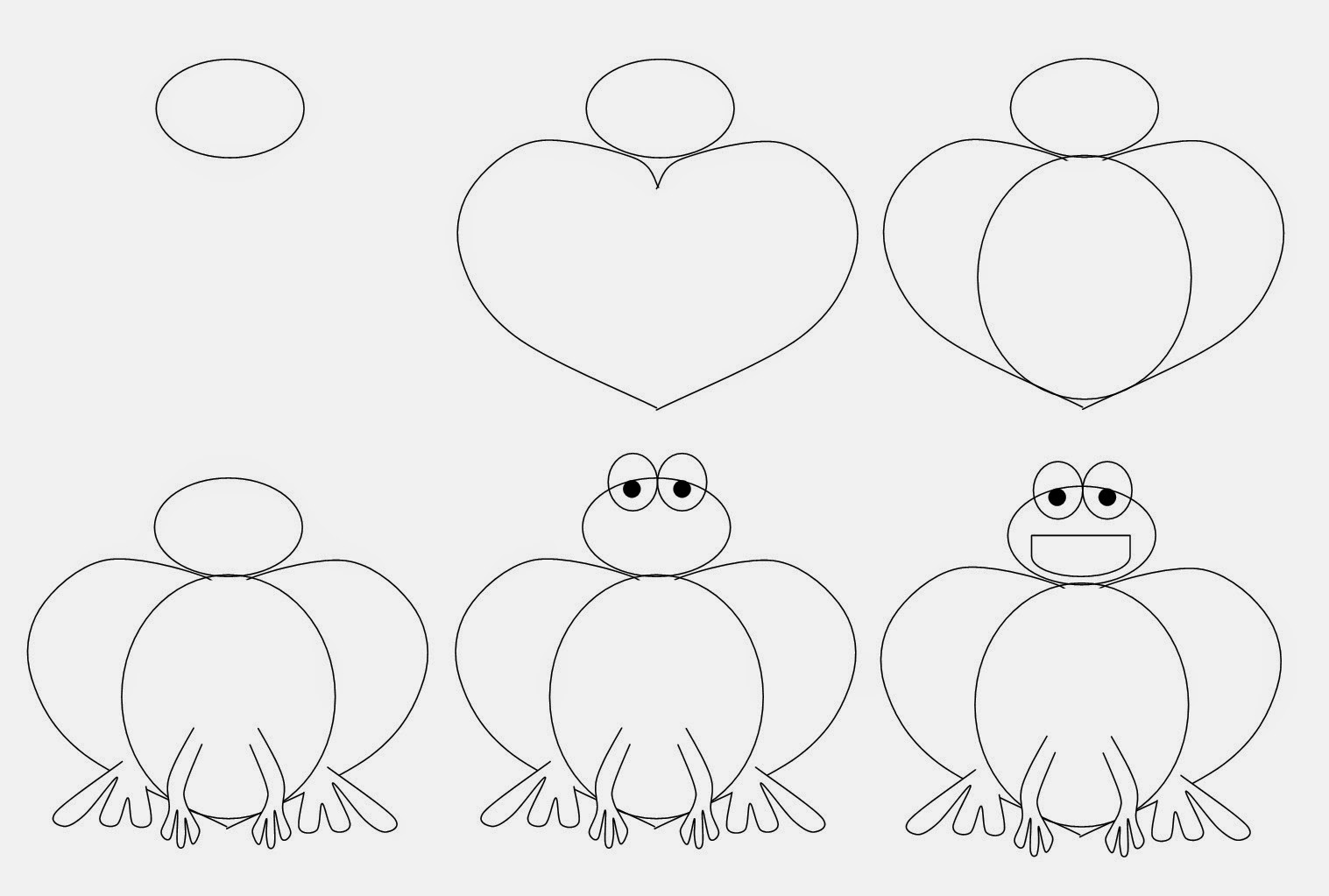 When I complimented him on how great his frog was, he said, "I usually stink at art!" I was surprised to hear that his art teacher has never walked him through this type of drawing tutorial before. 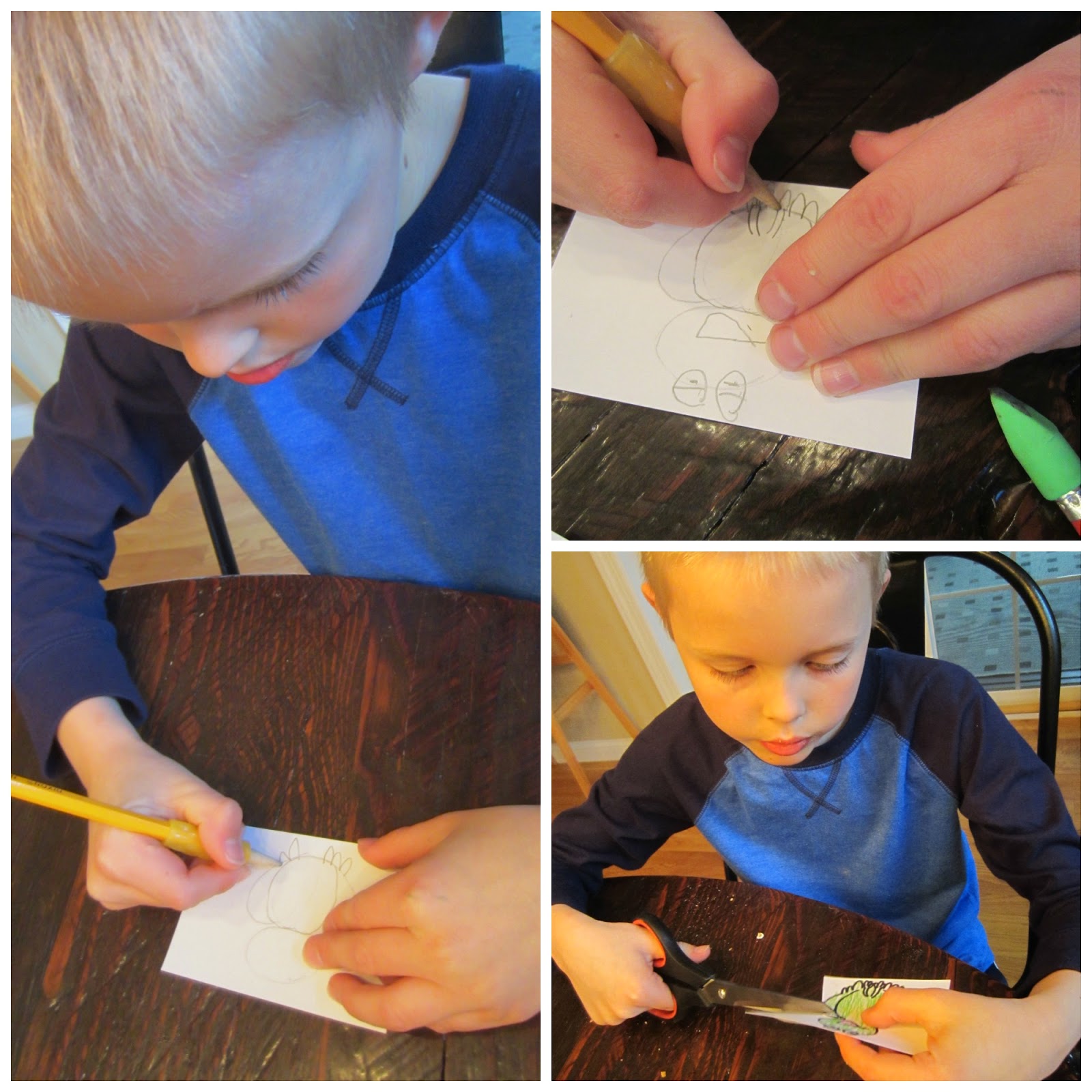 When his frog was finished, he cut it out. Now we got our cups ready. One is left as is. The other one needs to be adapted.

Punch four holes just above the rim of the glass, so all the holes are opposite each other. Now cut two rubberbands so they become long stretchy strings. Tie them to the holes in the cups so the rubberband forms an X. Trim off some of the excess rubberband. 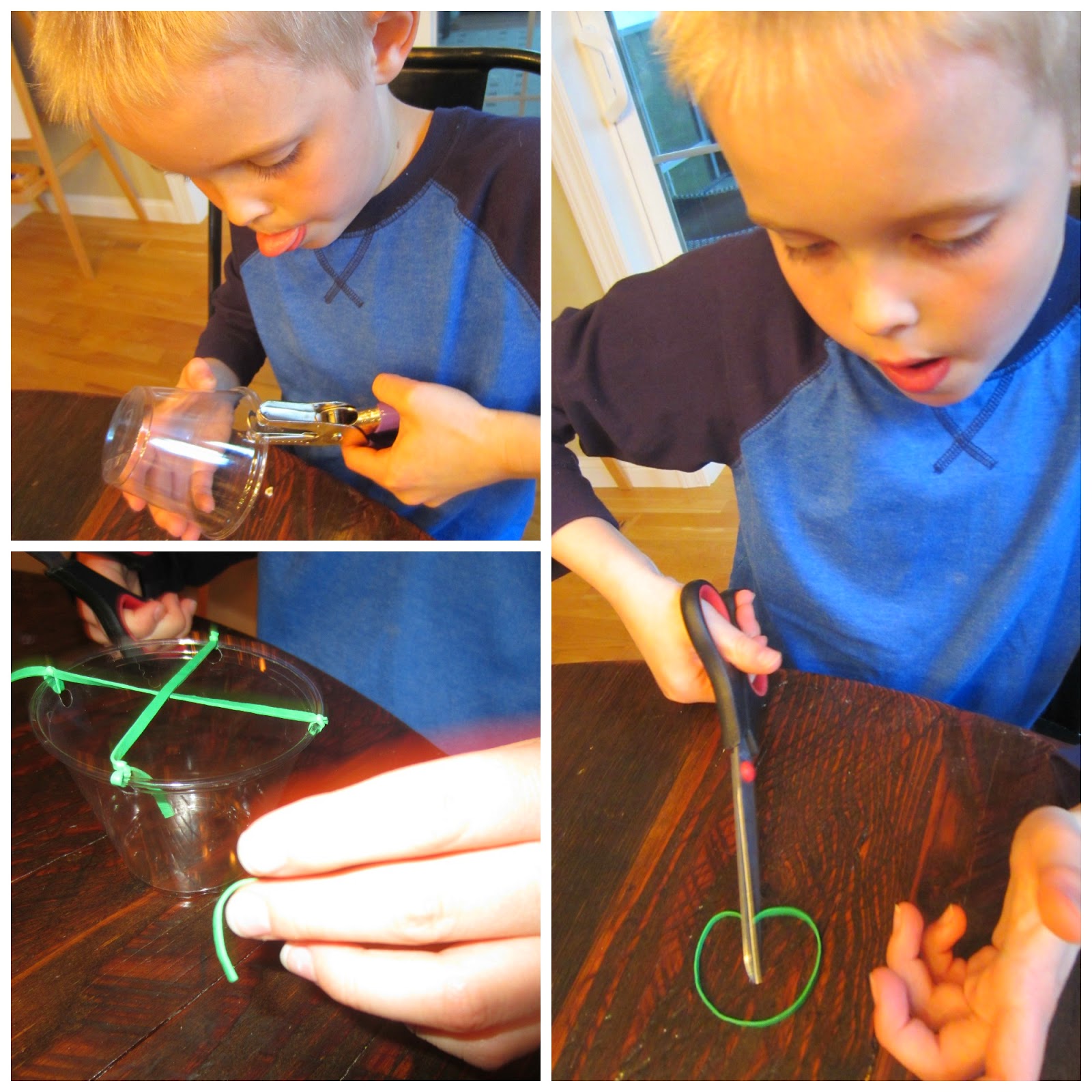 Now adhere your frog picture to the adapted cup, so that the frog's feet are near the rim of the cup and its head is near the bottom of the cup.

How to make froggy jump:
Place the regular cup upside down on the table.  Place the froggy cup on top and push it down. As you release, the cup will come springing back. Jump, froggy, jump! 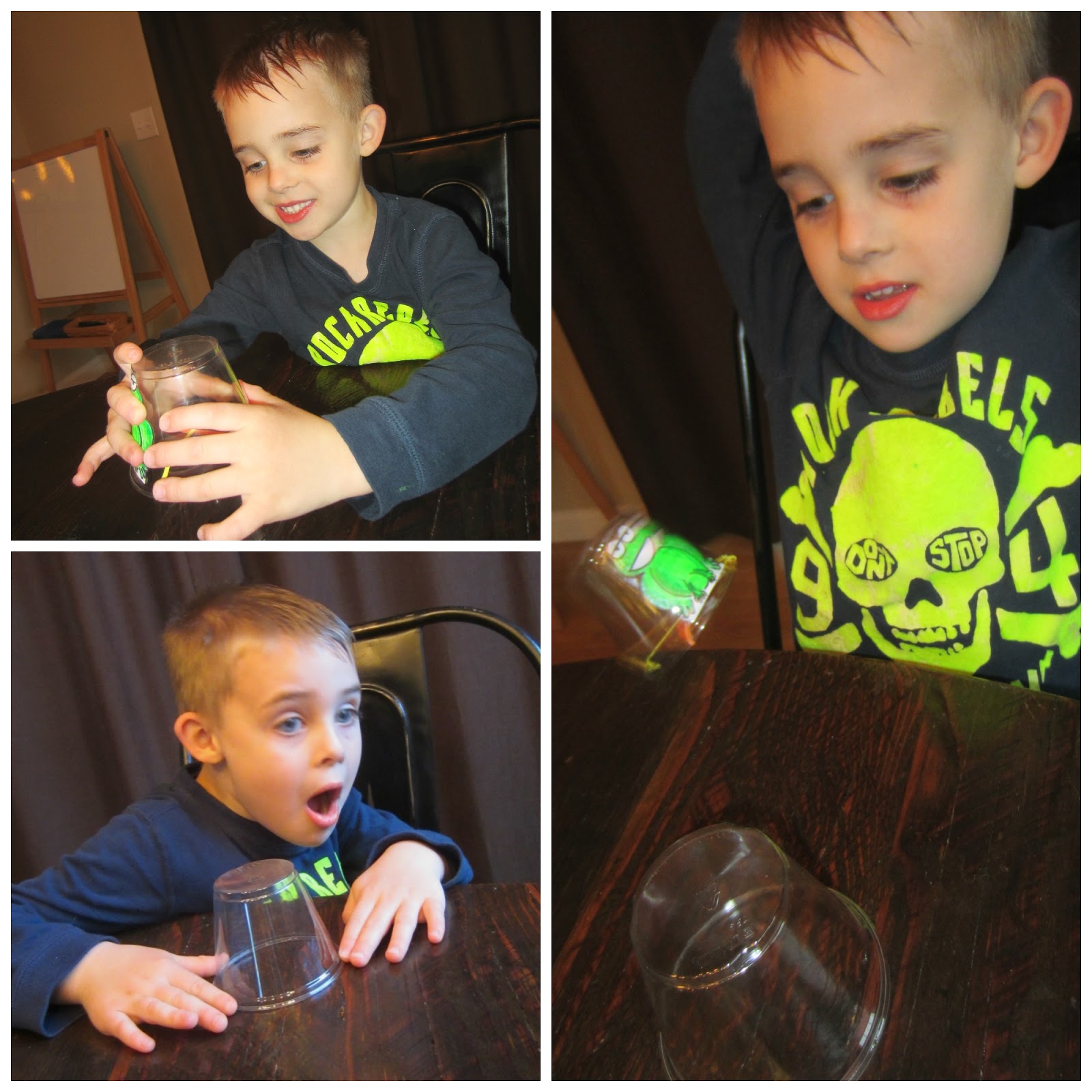 When I returned from yoga that evening, I heard there was a pretty fun tournament between my two boys. I needed to look no further than my oldest son's frog cup to see who was triumphant. The word "champion" was written in black permanent ink on the side of one of his cups. It seems my husband got to bear witness to just how fun our afterschooling is!

This great idea was adapted from instructions provided at Frugal Fun For Boys.
Posted by Deceptively Educational at 7:00 AM