Reading Comprehension with the Greek Alphabet 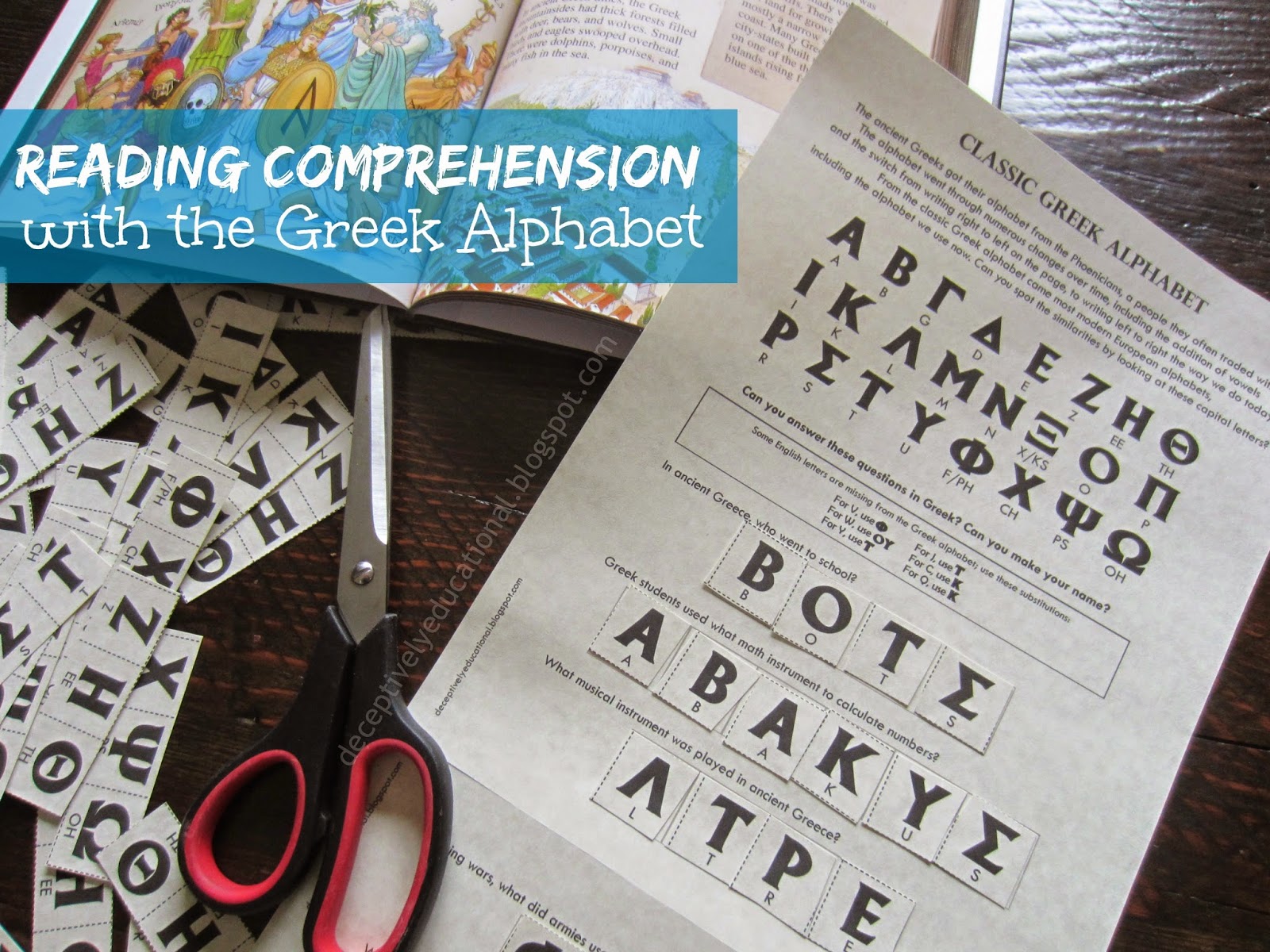 I wanted to see if my eight year old thought so too.

Here's how we found out.

With clever cartoon graphics, this book is loaded with facts that cover all aspects of life back in 500 BC Greece. The writing is broken into little nuggets of facts and divided into subjects like food and drink, politics and voting, and family life and education. This may be the first book from the Top 10 Worst Things series we've read, but it won't be the last!


After we finished reading, I gave my son a scroll. He unrolled it, studied the classic Greek alphabet (capital letters only) at the top of the "papyrus," and began to read the questions.

He referred back to the book when he couldn't remember the answer. Then carefully, using the alpha key at the top, completed the questions by spelling out the answers in classic Greek. 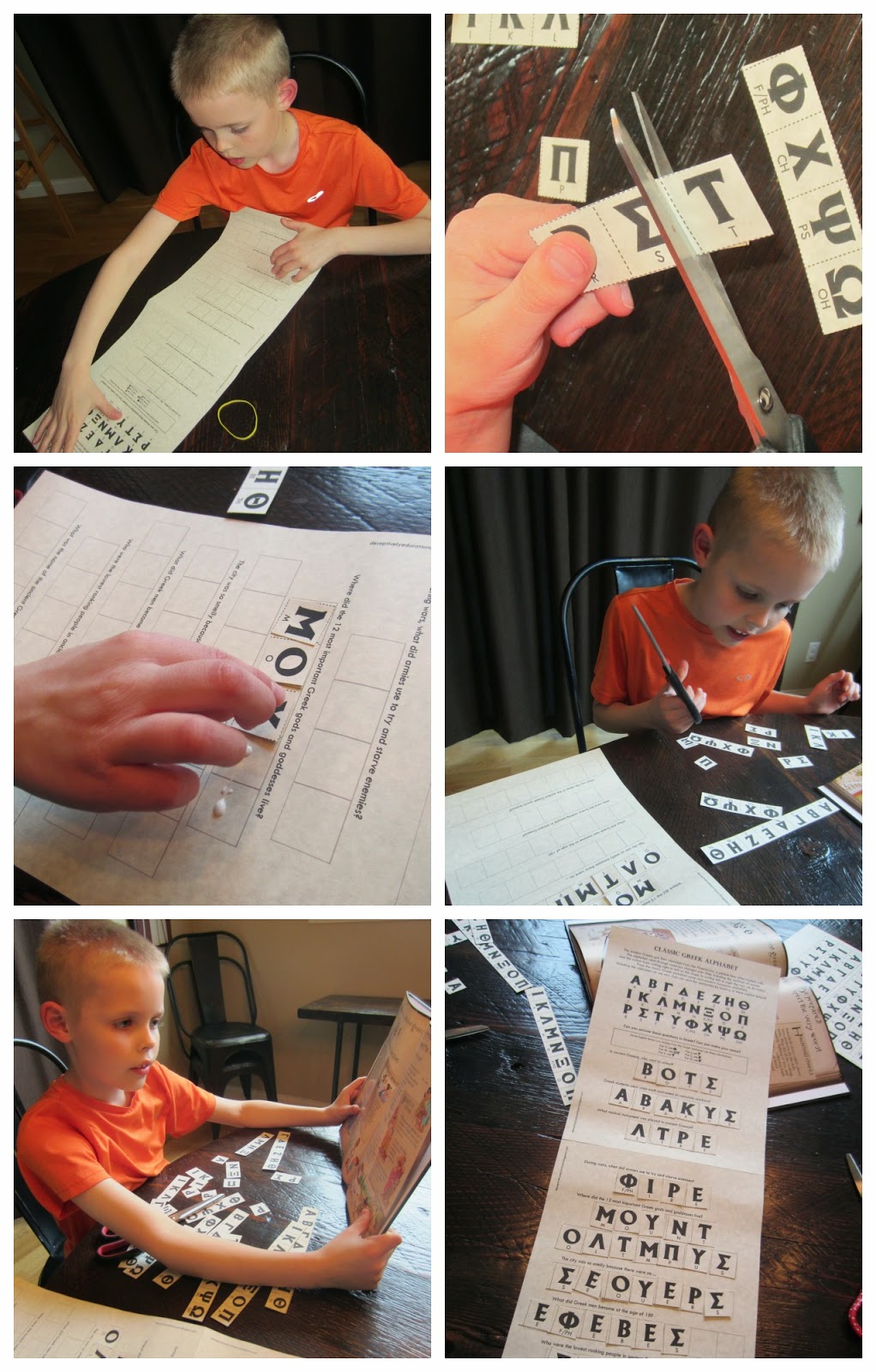 I gave him three sheets of the Greek alphabet to cut out and glue. 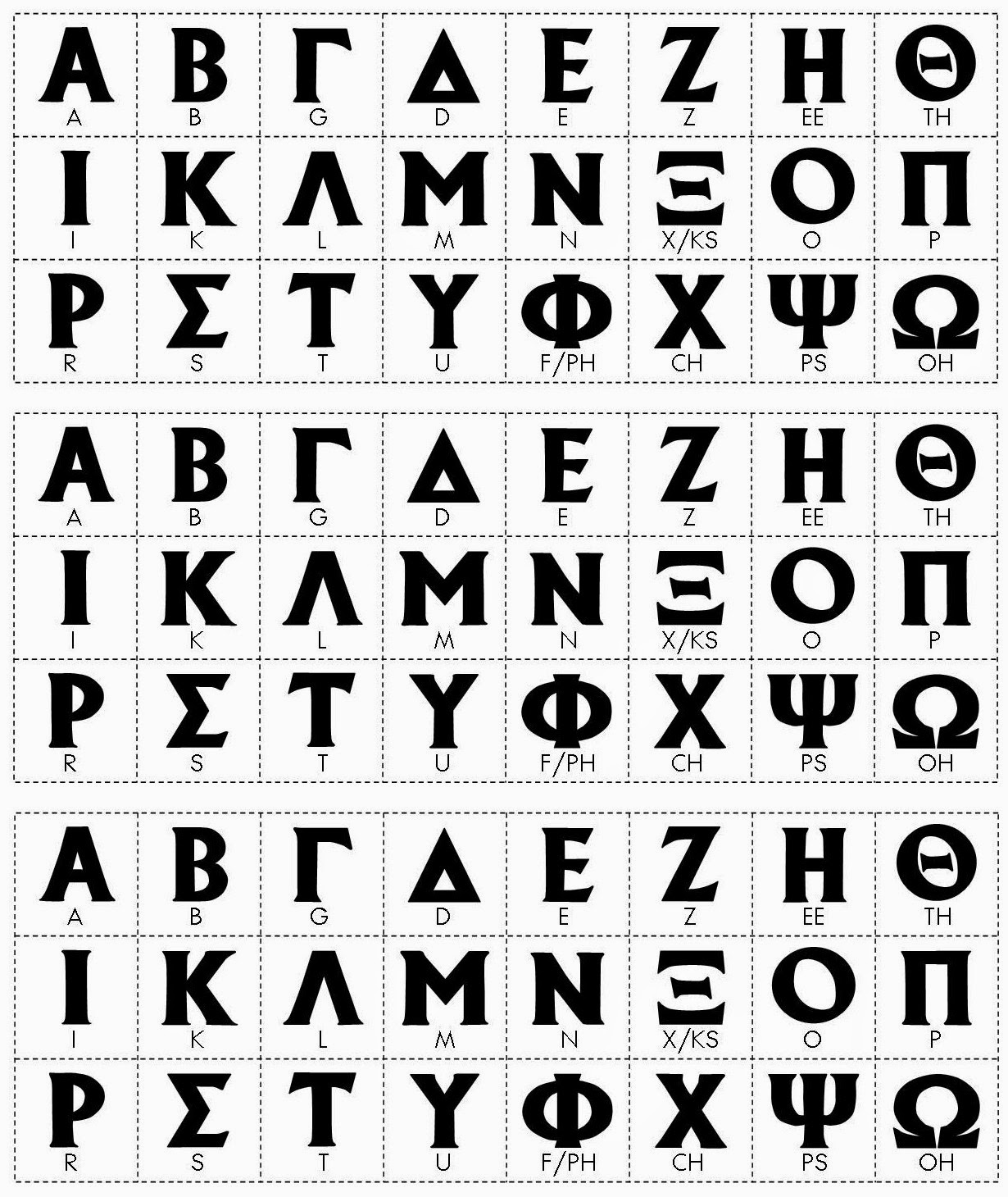 He quickly discovered some of the similarities between our modern alphabet and ancient Greece's and had fun trying to guess the pronunciation of the answers once they were translated into Greek. 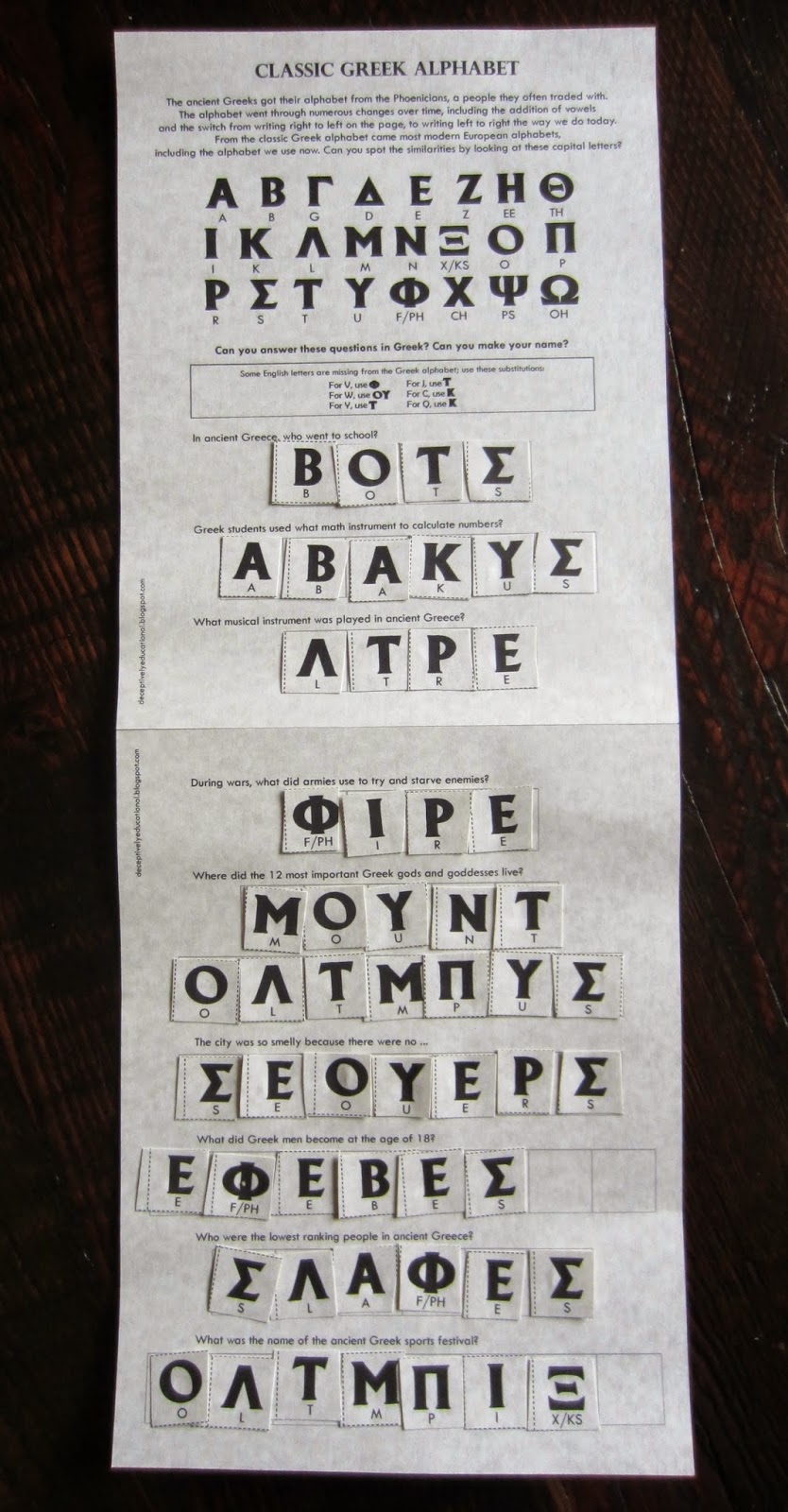 Here are the answers (all of which can be found by reading Victoria England's book Top 10 Worst Things About Ancient Greece You Wouldn't Want to Know):
BOYS
ABACUS
LYRE
FIRE
MOUNT OLYMPUS
SEWERS
EPHEBES
SLAVES
OLYMPICS

NOTES: Sometimes it's not a one-to-one translation. For example, while we use two letters for "PH" today, the ancient Greeks only used one.

Also, the Greeks long ago didn't have some letters for those that we use today (e.g. w, j, c, etc.), I used recommendations from the book, "Spend the Day in Ancient Greece." The translations were provided for lower case letters in Linda Honan's book so I made assumptions that the same translations could also be used for capital letters. I'm not a linguist and cannot guarantee the accuracy of these substitutions.
Posted by Deceptively Educational at 7:00 AM