This is a great activity when talking about air. You can't see it, but it's there. For kids, that's tough to imagine. Beginning Explorations
Show your child the balloon before and after it's inflated. Why is it so big when it's blown up? There's air in there!

Now ask him/her to examine the plastic bottle. "Is there anything in it?" I asked. "No, it's empty," my sons replied, to which I responded, "Are you sure?" They were sure. Hm.

So I took the blown up balloon and stretch the neck of the balloon over the bottle top. Before I let go of the neck, I asked my boys to make predictions. The oldest was convinced … downright adamant really … that the balloon would deflate.

When it didn't, he was stunned. "OOOOhhhhhh, I get it. The bottle isn't empty; it's filled with air!" That's why the balloon doesn't deflate, the air in the balloon has nowhere to go because the bottle is already full of air itself.

The Experiment
Now I removed the balloon from the bottle, cut a small circle the size of the drinking straw circumference out of one side of the bottle. I pushed the straw through. 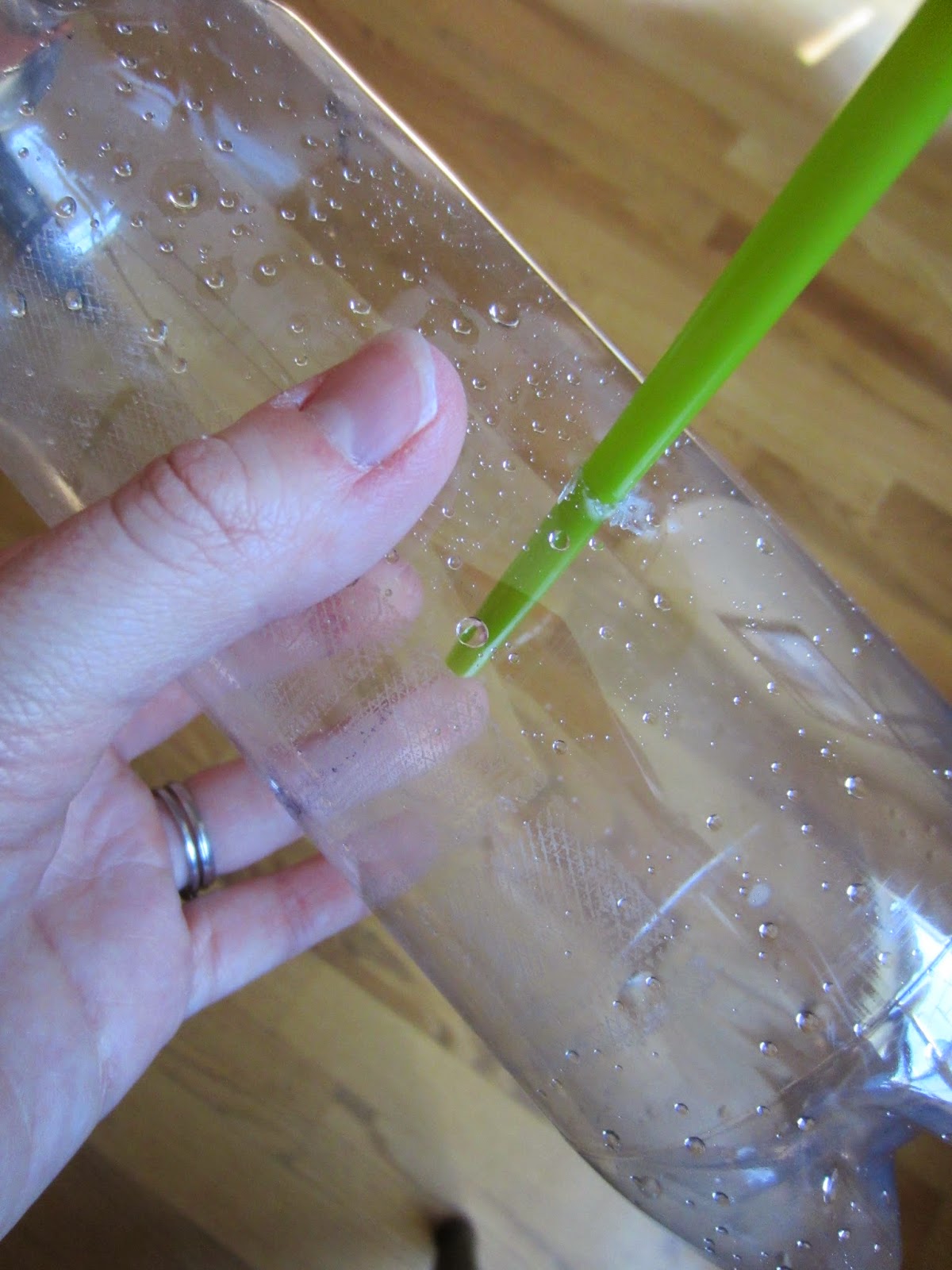 My oldest son used the poster tack to seal any air leaks around the hole/straw. 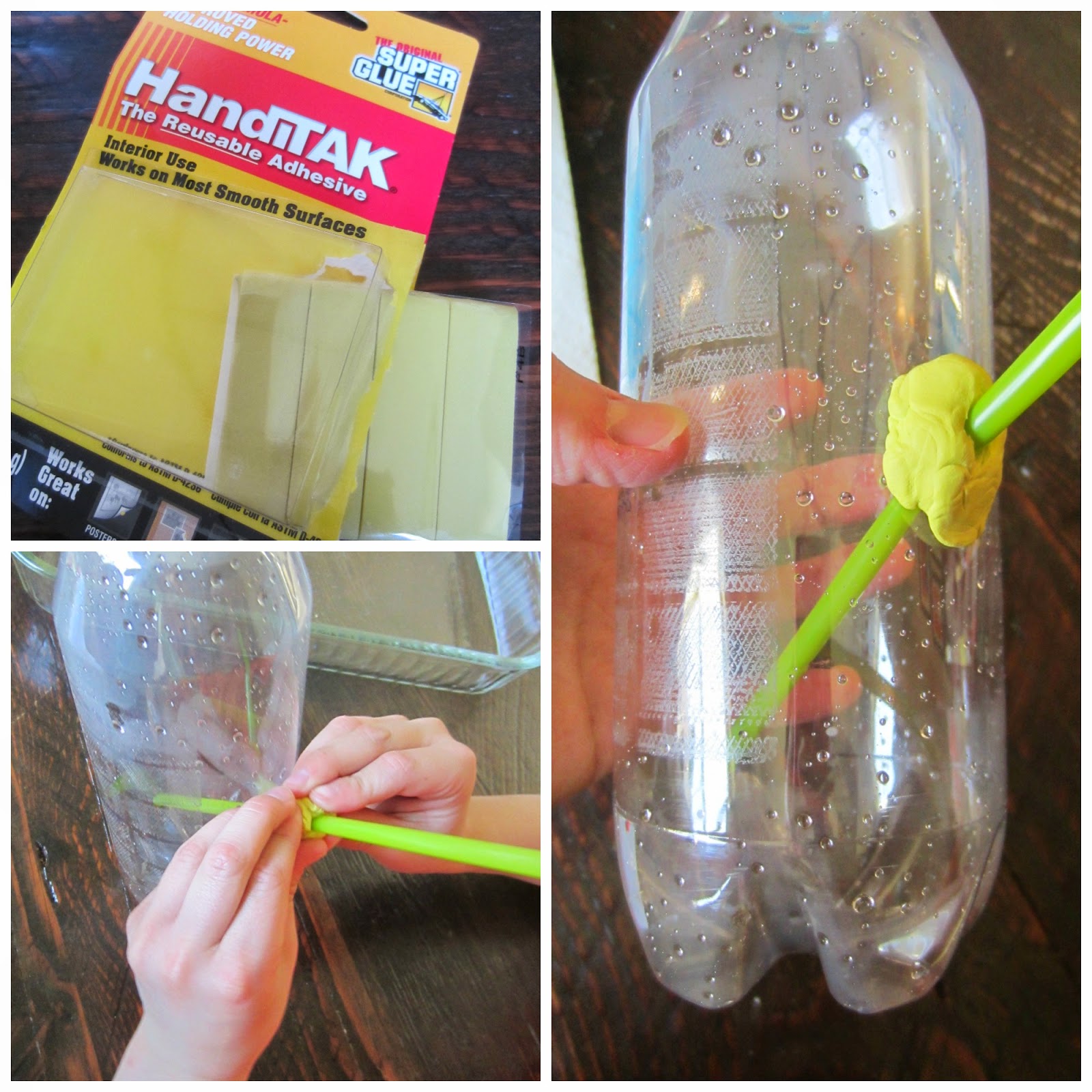 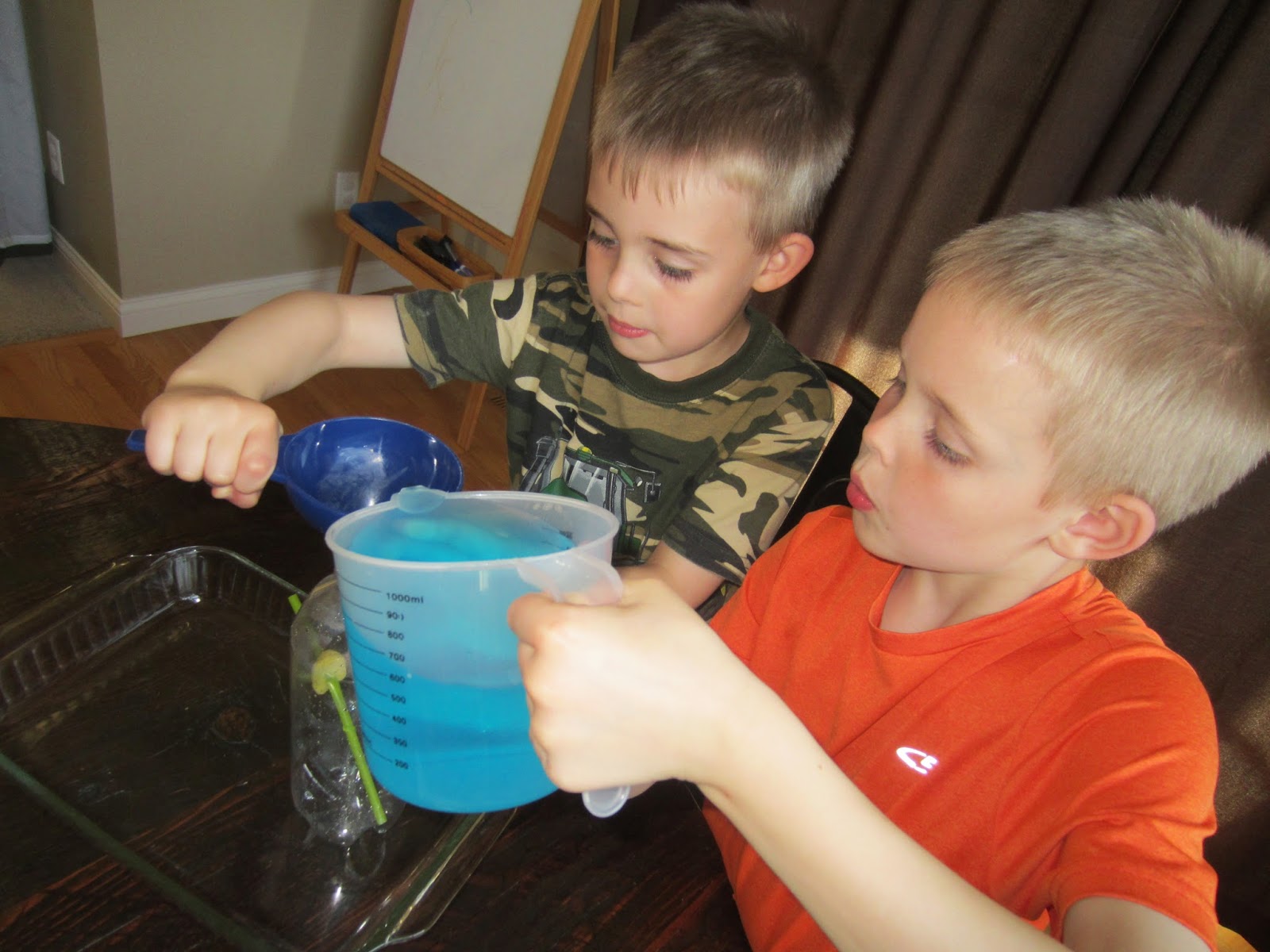 Now I blew up the balloon again and asked them to form a hypothesis about what would happen when the balloon was on the bottle.

With the balloon stretched over the bottle top, the boys' jaws both dropped. As the air in the balloon deflated, it created pressure, which forced the water to come shooting out of the straw. 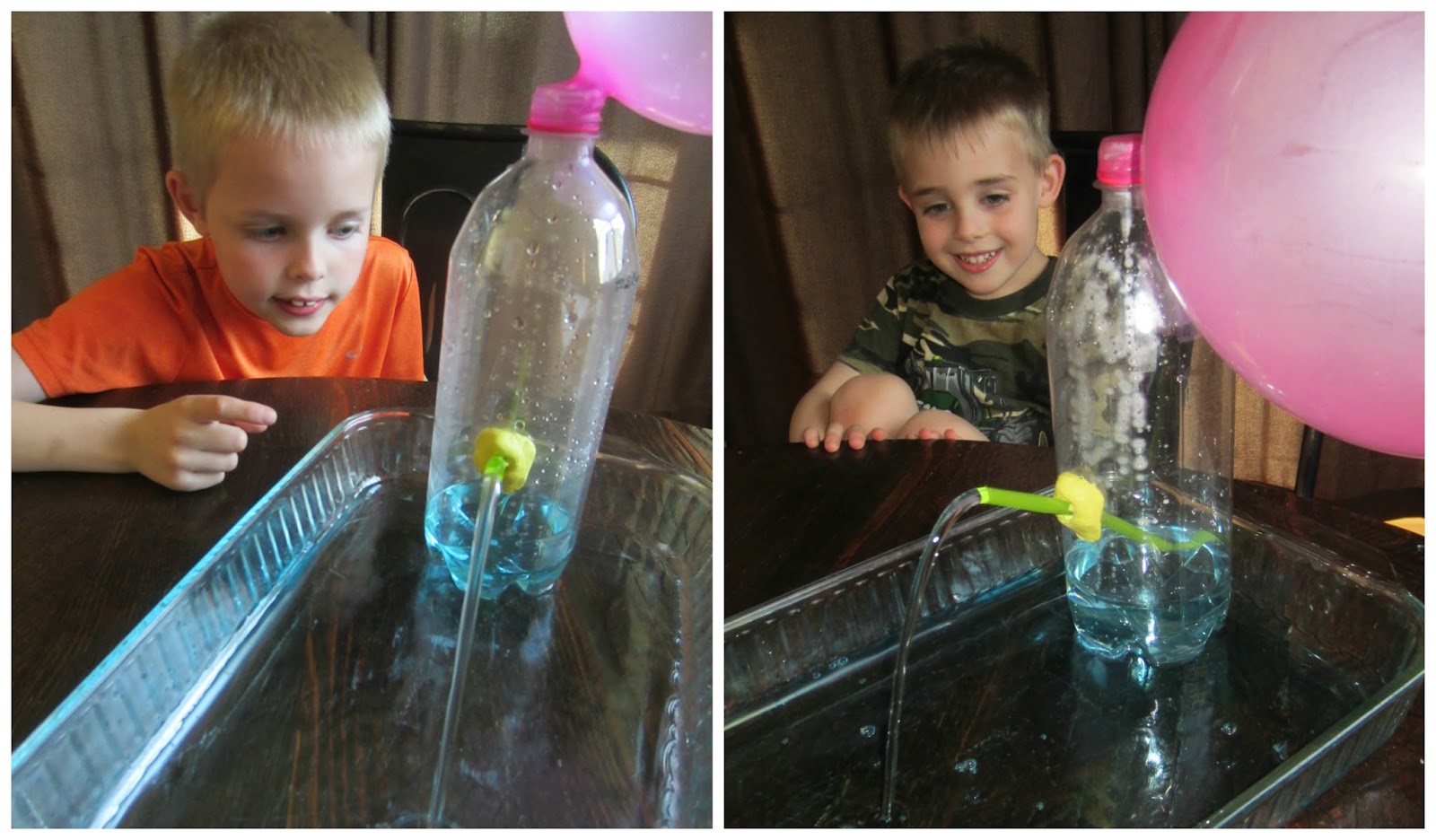 At the very end, our steady stream of water sputtered and squirted, overshooting the 9 x 13 Pyrex baking dish we were using to catch the water. They exploded in laughter! (Note: this would be a great outdoor activity on a hot day or could be done in the bathtub to eliminate clean up.)

Afterwards my oldest son explained to me why our water fountain worked: the movement/force of air!

This simple science activity was made with materials you probably already have around the house and provides truly impressive results.

Credit for this activity goes to Learn With Play at Home.
Posted by Deceptively Educational at 7:00 AM