We’re a college ball kinda family; there’s not too much NBA on at our house. Despite this, my son found out about the legendary Michael Jordan at school and has name dropped more than a few times how cool he is. When I read the review of Salt in His Shoes on Books 4 Learning, I knew I HAD to find a way to bring Michael Jordan and the book written by his mother and sister into our afterschool learning.

To reinforce parts of speech, I told my son to find adjectives in the story as I read Deloris and Roslyn Jordan’s book aloud. I gave him some orange slips of paper, each printed with a basketball. (Click the image below to download this PDF.) 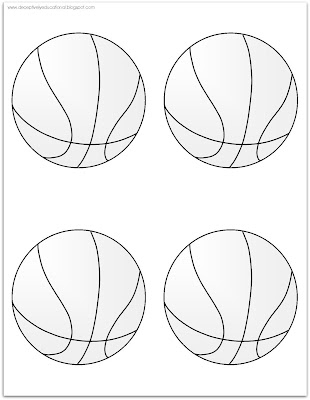 When he heard a descriptive word, I stopped reading and he wrote the adjective on a basketball. 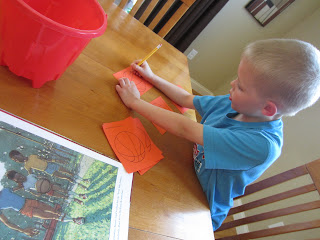 Finishing the story, I explained that each basketball was already worth one point. If he could wad up the paper and toss the adjective into the hoop (a bucket on the table), it would be worth another point. He had 12 points (the number of describing words he found) before he starting 'shooting hoops' with the adjectives. He finished the game with 15 points! 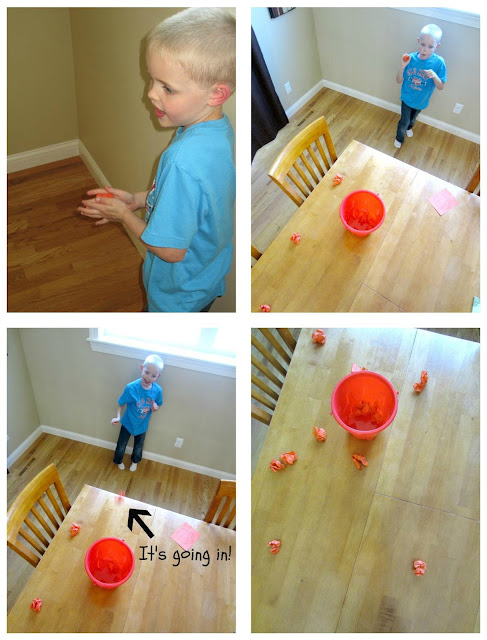 He had so much fun, he gathered the papers and bucket for another round. Could I have a little Michael Jordan on my hands, I wondered.

Maybe I should go sprinkle some salt in his shoes!

Posted by Deceptively Educational at 7:54 AM