Graph My Room (Area and Perimeter) 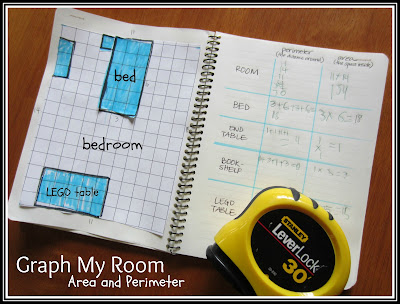 Step 1: Measure.
Now he measured the length and width of his room, from wall to wall.  We rounded up or down to the nearest foot. 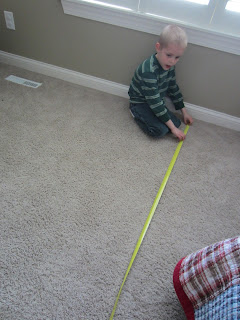 Step 3: Measure the furniture. Cut the paper to size. Color it in.
Next, he measured his bed, bedside table, bookshelf, and LEGO table. Each time, cutting the representative sizes from the graph paper. He colored these. 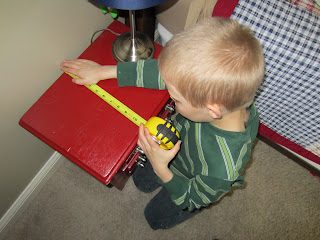 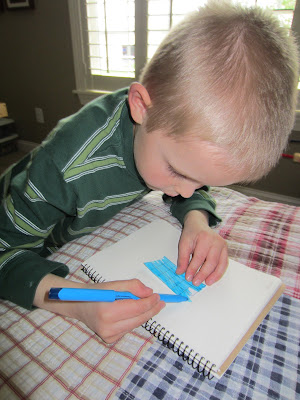 Step 4: Measure and locate the furniture on the room graph.
Now, we measured the distance from the walls to each object. This provided the information my son needed to determine exactly where to locate the various items on the graph paper representation of his bedroom.

Since learning by listening isn’t my son’s thing, I found a great online game to help him practice figuring perimeter and area. 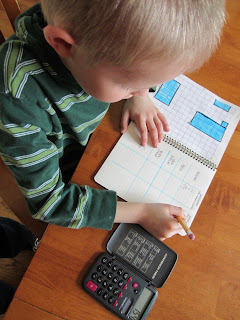 When I pulled him away from the game, he did the calculations for his room and its furniture. To figure the area of his entire room, I gave him a calculator (his early multiplication skills are not advanced enough to arrive at an answer without help). 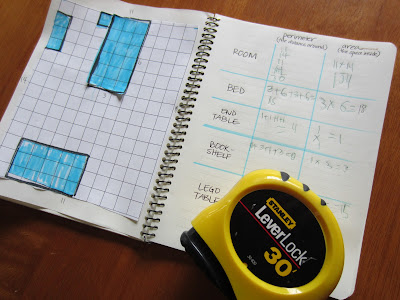 This took a lot of patience, measuring, and math. My son was up for the challenge, though, and even spent time tracing over the calculations he’d made in pencil with pen so he’d have a permanent record in his notebook!
Posted by Deceptively Educational at 7:29 AM