My fourth grader loves animals. I thought I'd make a second vertebrates game for us to play (see our vertebrates card game here). These dominoes really test players' ability to categorize animals into the five classes of vertebrates: 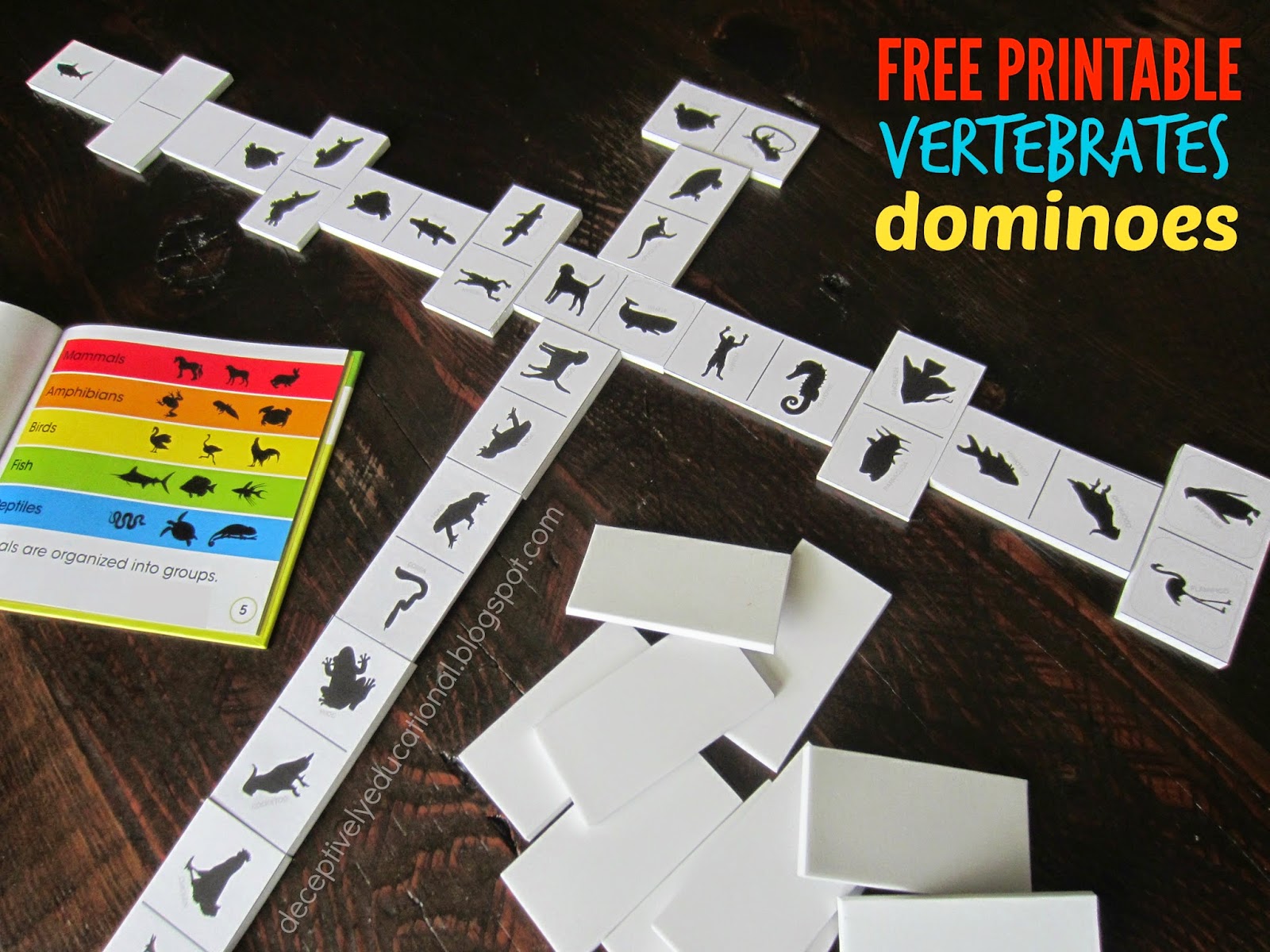 How to Make Vertebrates Dominoes
Download the free 4-page PDF of dominoes I made from Google Drive here. Print on heavyweight cardstock. 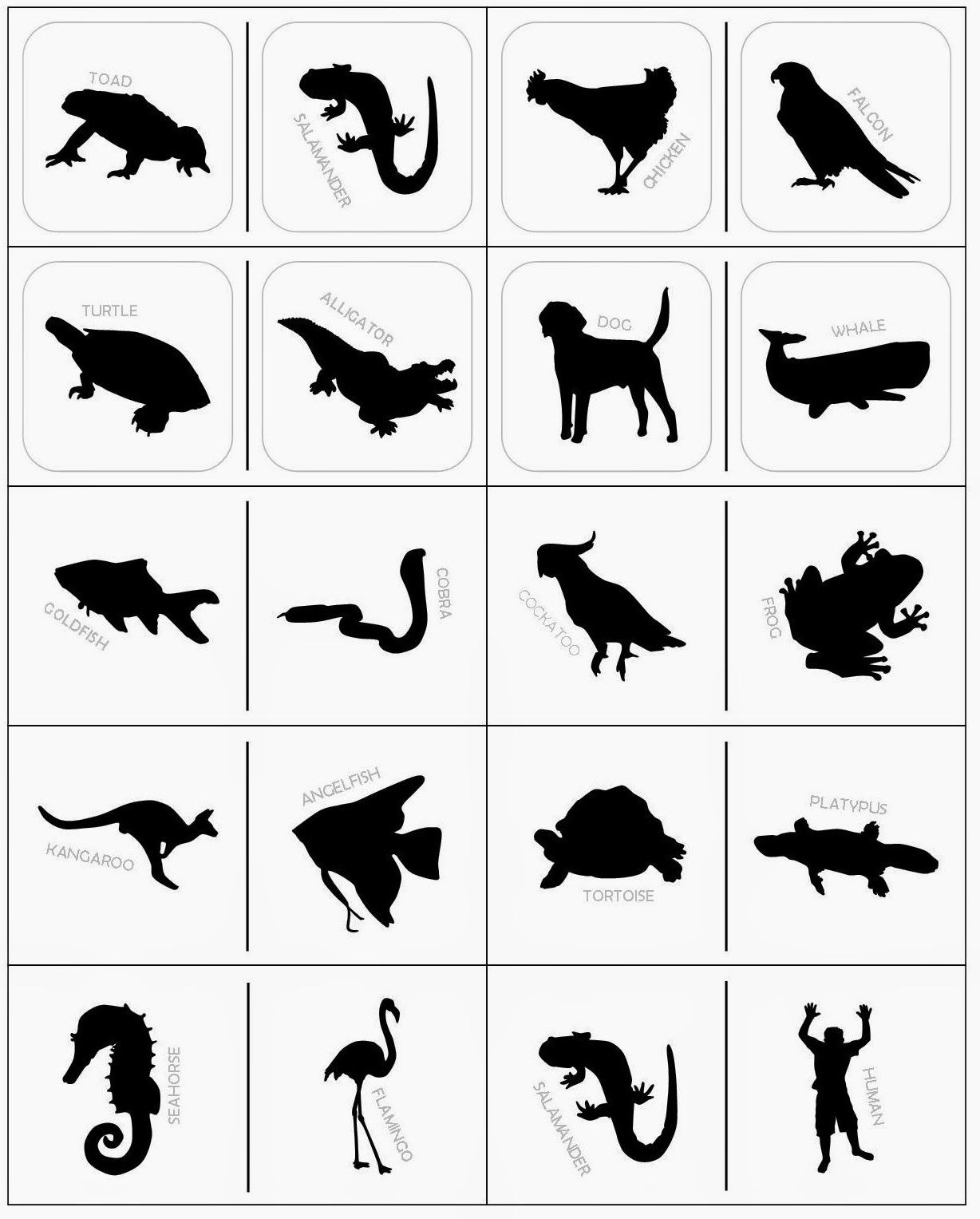 Glue them to 6mm craft foam sheets with Foamies glue. Using a straight edge and a craft knife, carefully cut the dominoes apart. Now you're ready to play!

How to Play
This game is played like a traditional game of dominoes. Between 2-4 people can play.

Place the dominoes in a pile upside down so the animal silhouettes are not visible. Each player should take five dominoes from the pile, keeping the images on the dominoes private. In a traditional game of dominoes, this pile is called the boneyard. Feel free to call it the vertebrates zoo, if you want.

The youngest player with a double (two animals from the same class [i.e. mammals] featured on the same domino), takes the domino and places it in the center of the table between the players.

NOTE: Doubles look different and have a light grey border around the two animals.

Play alternates between players with the objective of getting rid of all your dominoes. The first player to play all their dominoes is the winner. 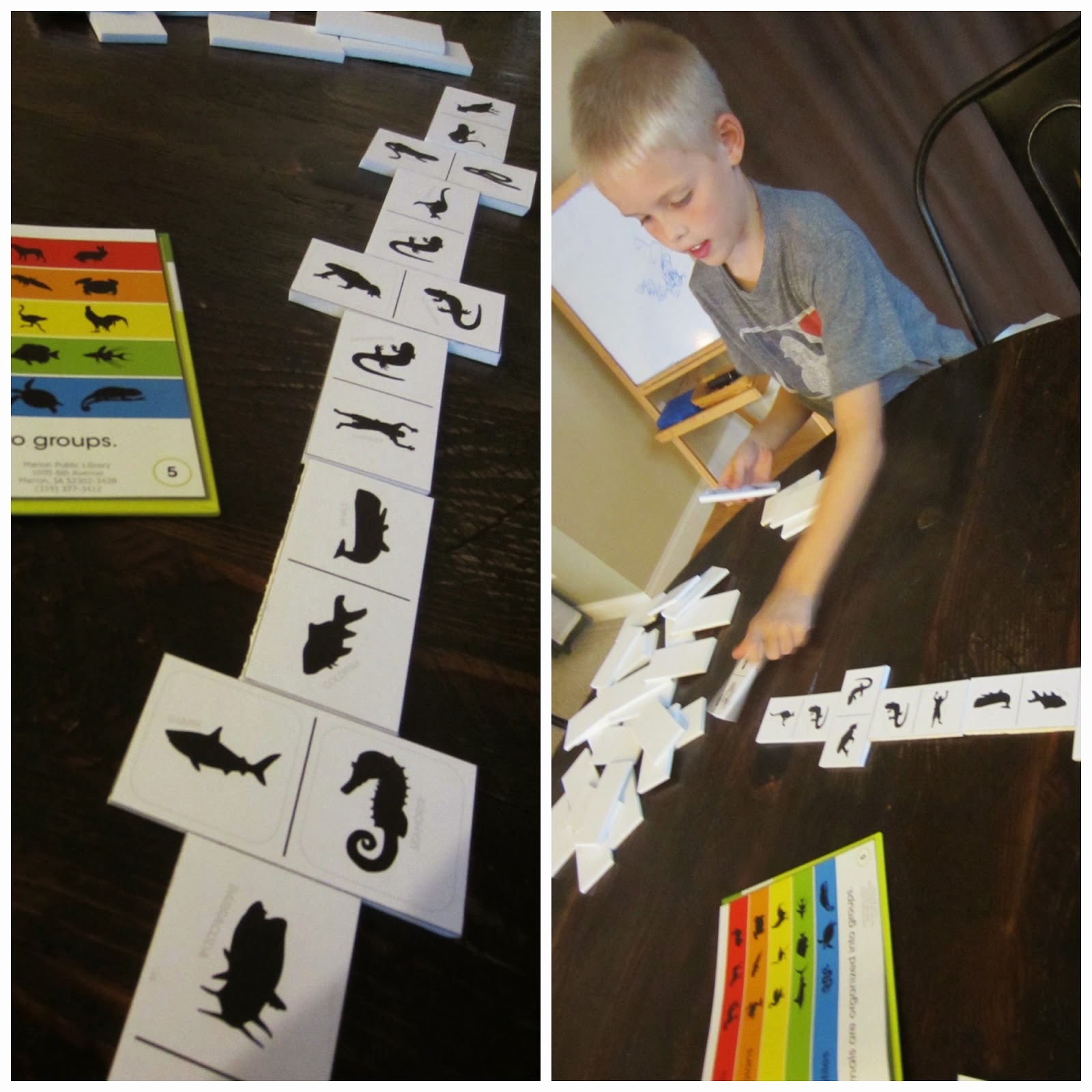 If a player cannot play when it's their turn, they must draw from the vertebrates zoo pile until they draw a domino with the needed class of animal featured.

At the end of the game, the player with unplayed dominoes is given a point for every domino in their hand. Play as many rounds as you have time for, keeping a tally of each round's score. The winner of all the rounds is the player with the lowest score.

Here's a list of the animals featured on the dominoes.

Looking for a simple, easy reader book to pair with this activity? I'd recommend Real Size Science: Animals by Rebecca Rissman. This book has a great quick reference visual of the five classes of vertebrates that we used when we weren't sure of an animal's class while playing.