Both my boys had birthday parties in the last two weeks. With parents and siblings invited to both, we bought a surplus of cake plates so we wouldn't be short. Well, of course, we had extras. Lots of them.

We could either buy more cake or make an awesome polyhedron. I chose the latter. It's less calories. 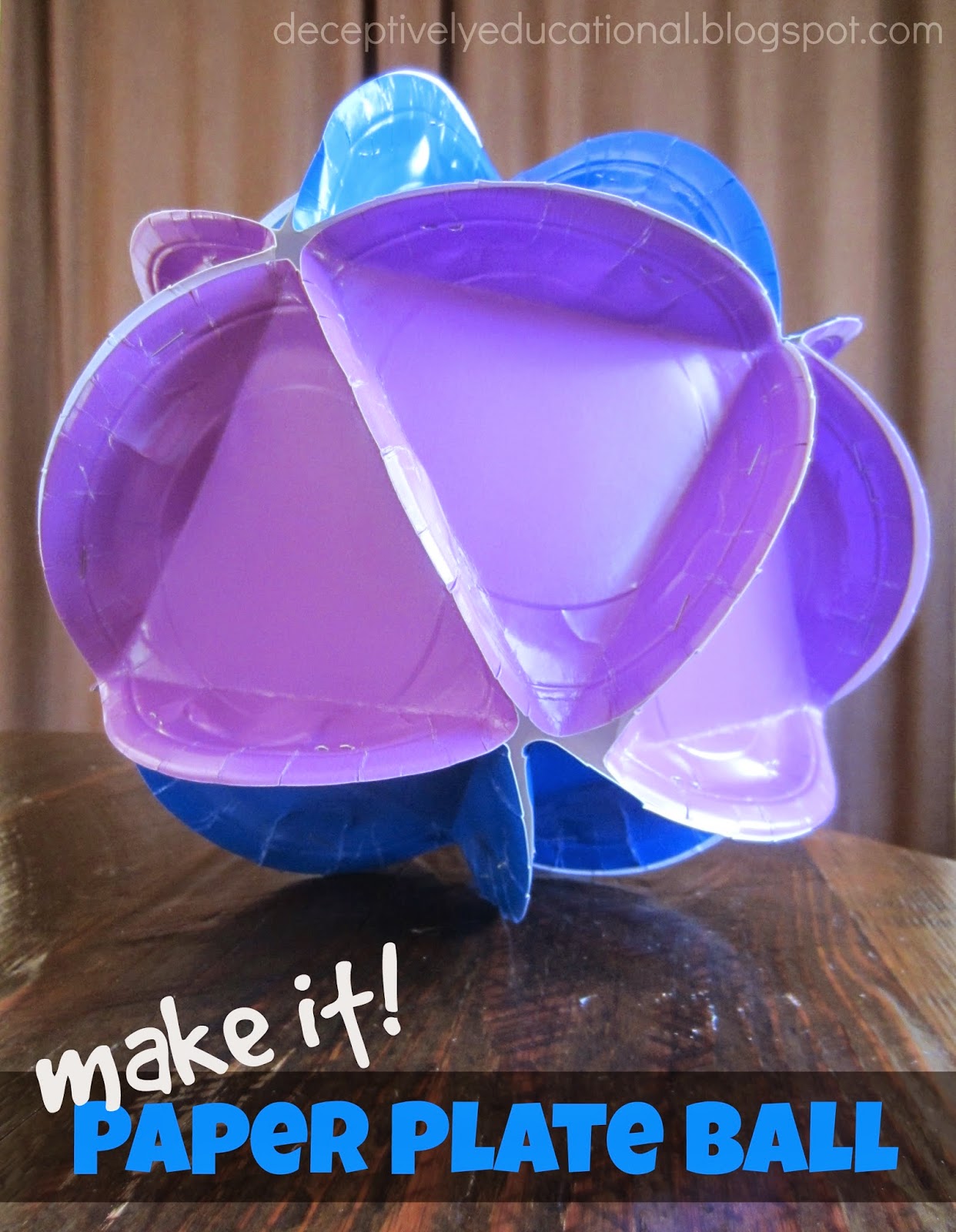 My oldest son looked at me like I was crazy when I gave him a stack of paper party plates and a stapler and said, "Let's make a ball!"

The paper plate polyhedron requires 20 disposable paper plates. The smaller your plates, the smaller the ball. We used dessert plates and our ball ended up to be about 1 1/2 feet diameter.

Here's how we did it.

First do your best to flatten 20 disposable paper plates. You will need five for the top, five for the bottom, and 10 for the middle.

All the plates need to be folded the same. Make three folds in each plate, folding in the sides so the middle of the plate is an equilateral triangle. 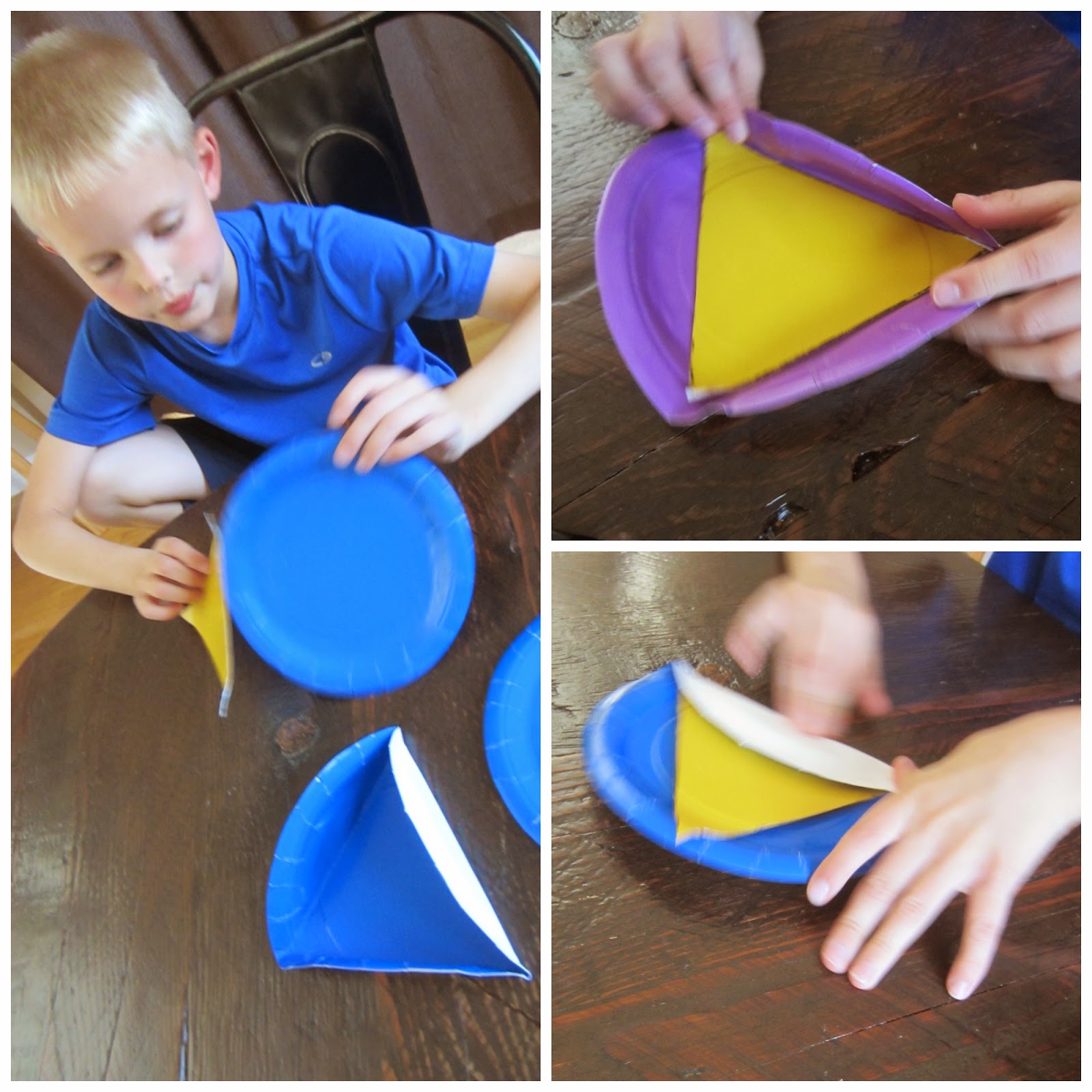 I made my son a template to help him fold.

Begin stapling the flaps of five plates together, until they form the following shape. (We used two staples on each flap.) This is the ball's top. 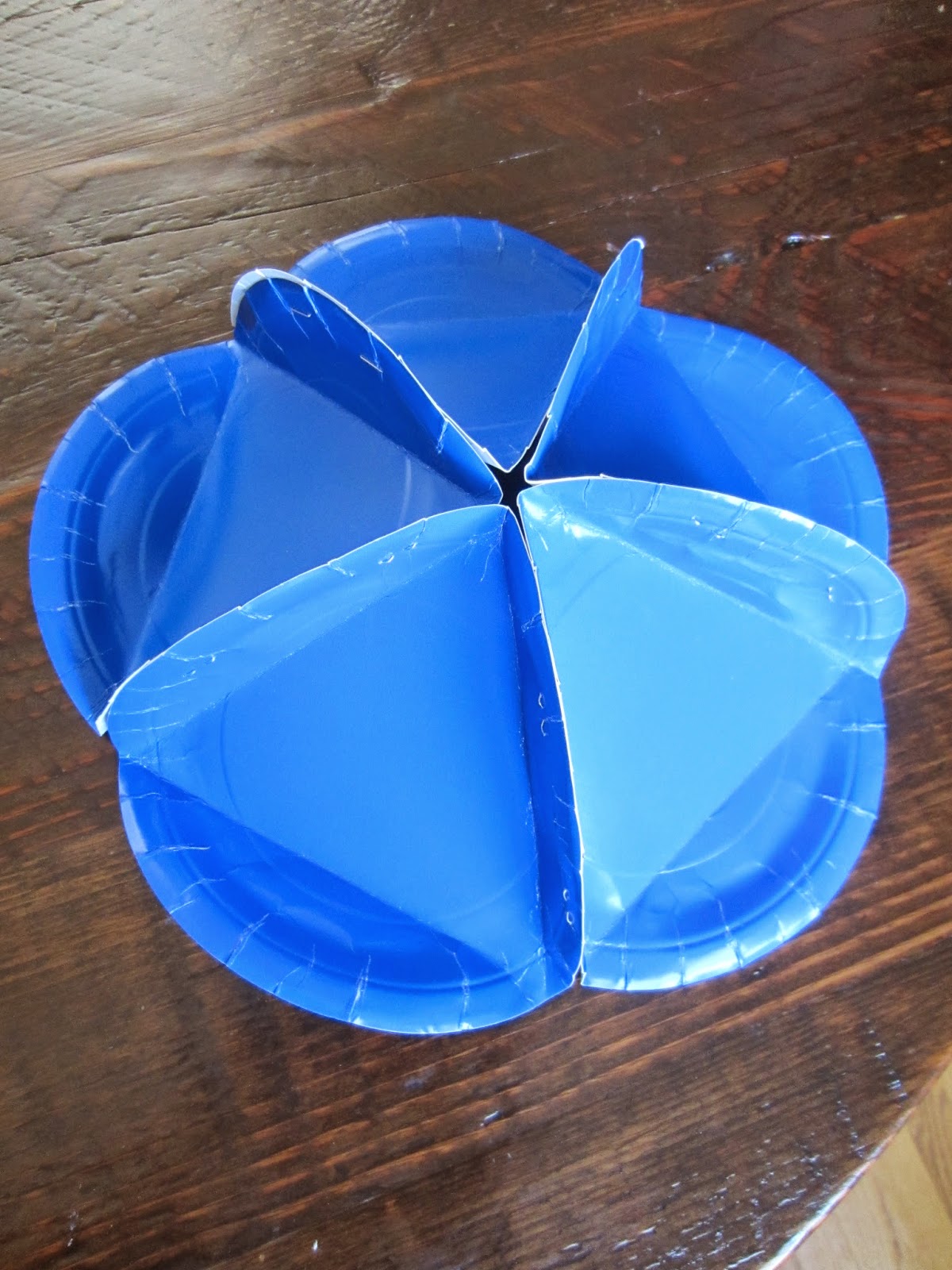 Repeat to make the ball's bottom with five more plates.

Now to make the middle. Staple the flaps of the plates together so that the points of the triangles alternate up and down so you have a strip of 10 plates. 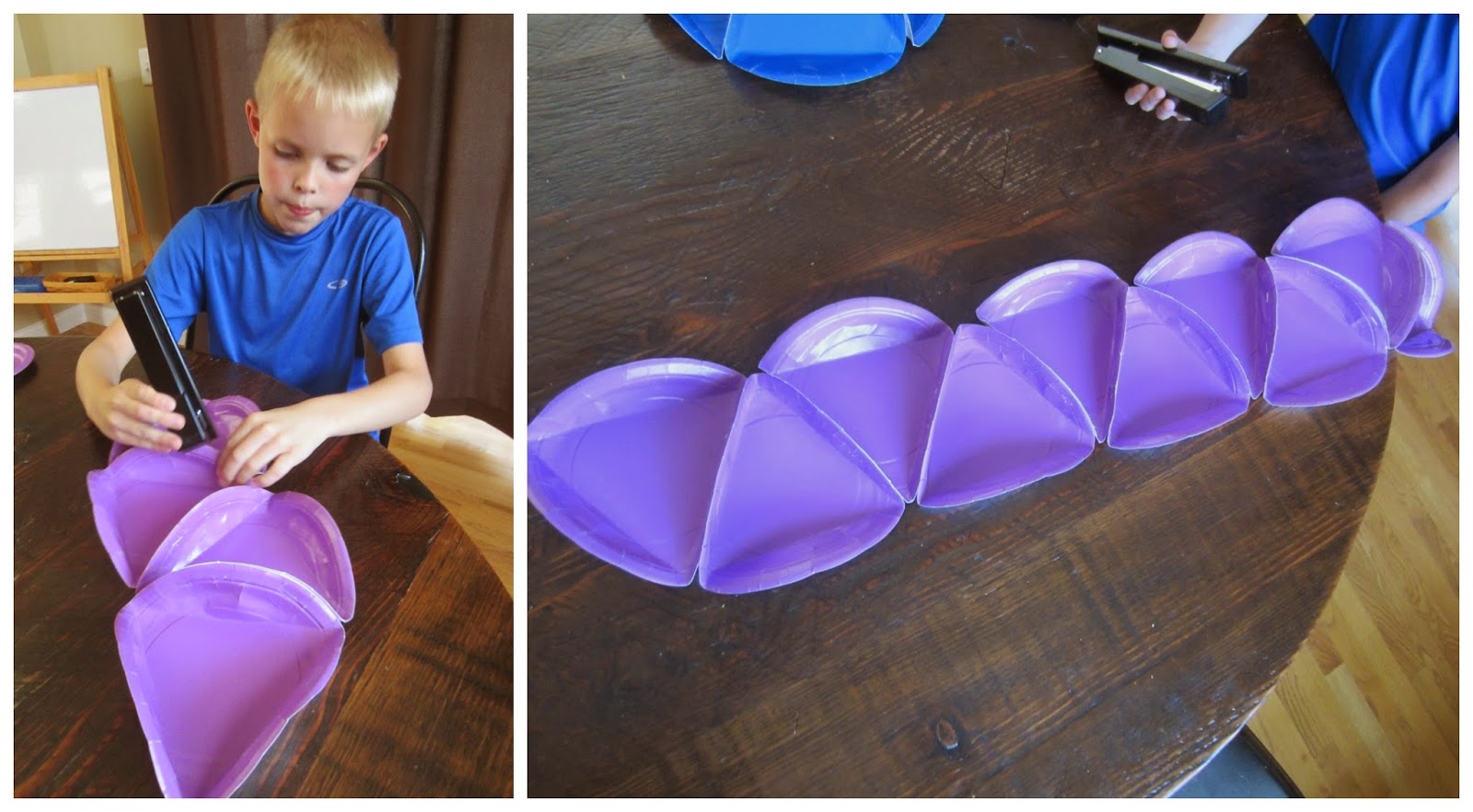 Bring the ends of the strip together and staple so it's shaped like a donut. 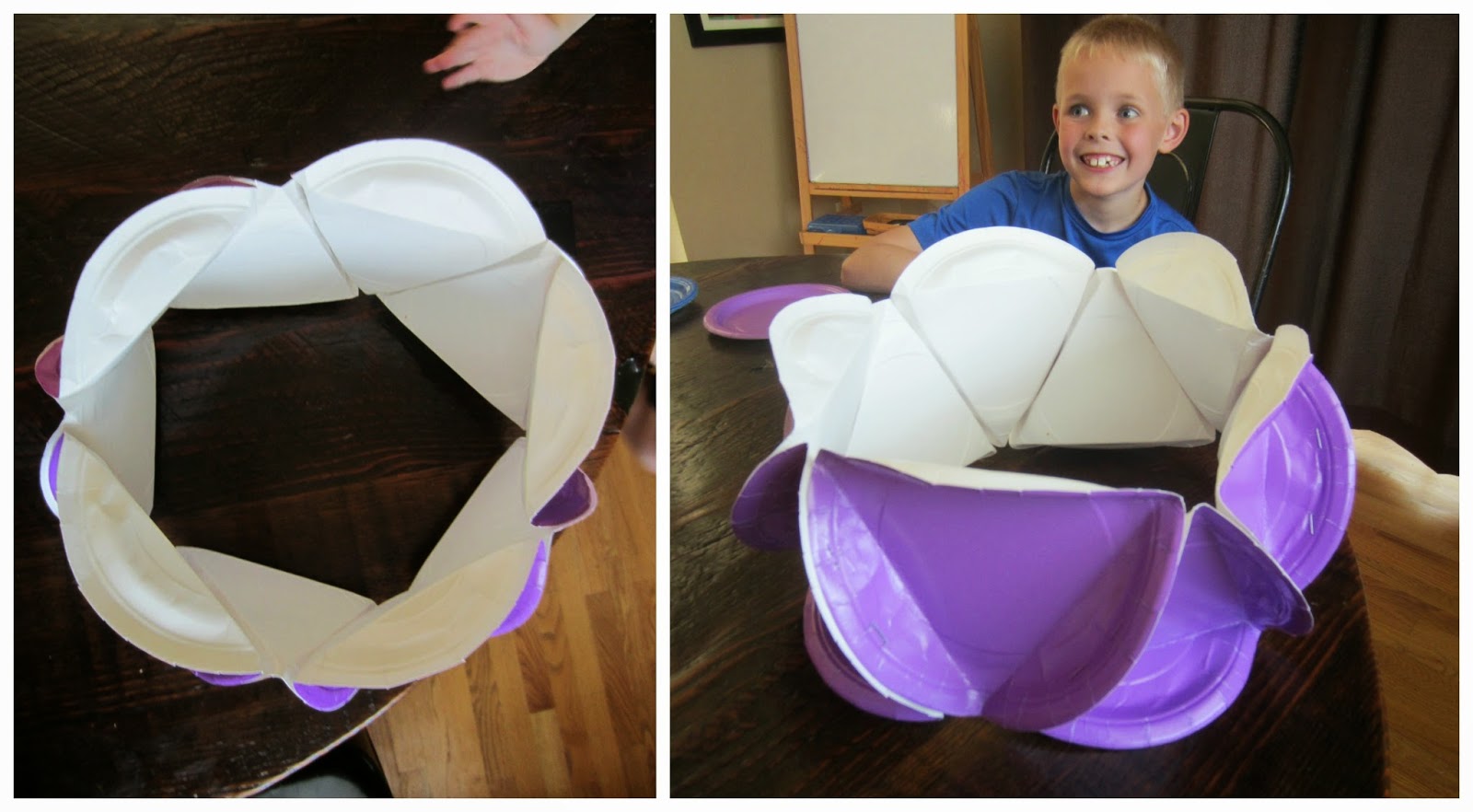 Set the top on your paper plate donut and line up the plate flaps. Staple in place.

Flip over and add the bottom, lining up the flaps, and stapling. Voila! You're done! 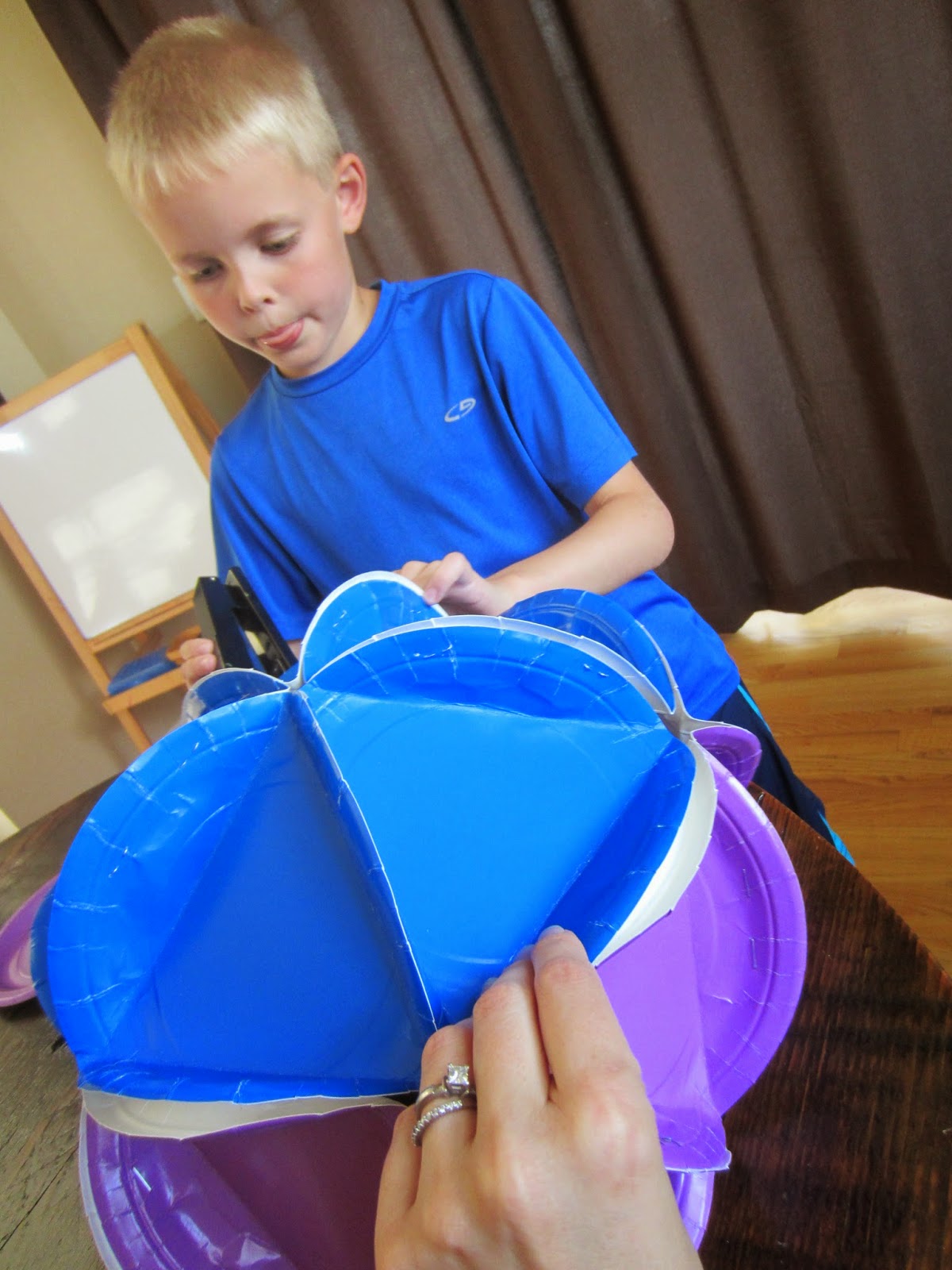 At the precise moment we finished, a neighbor boy came over. He was equally as impressed as my sons and I. 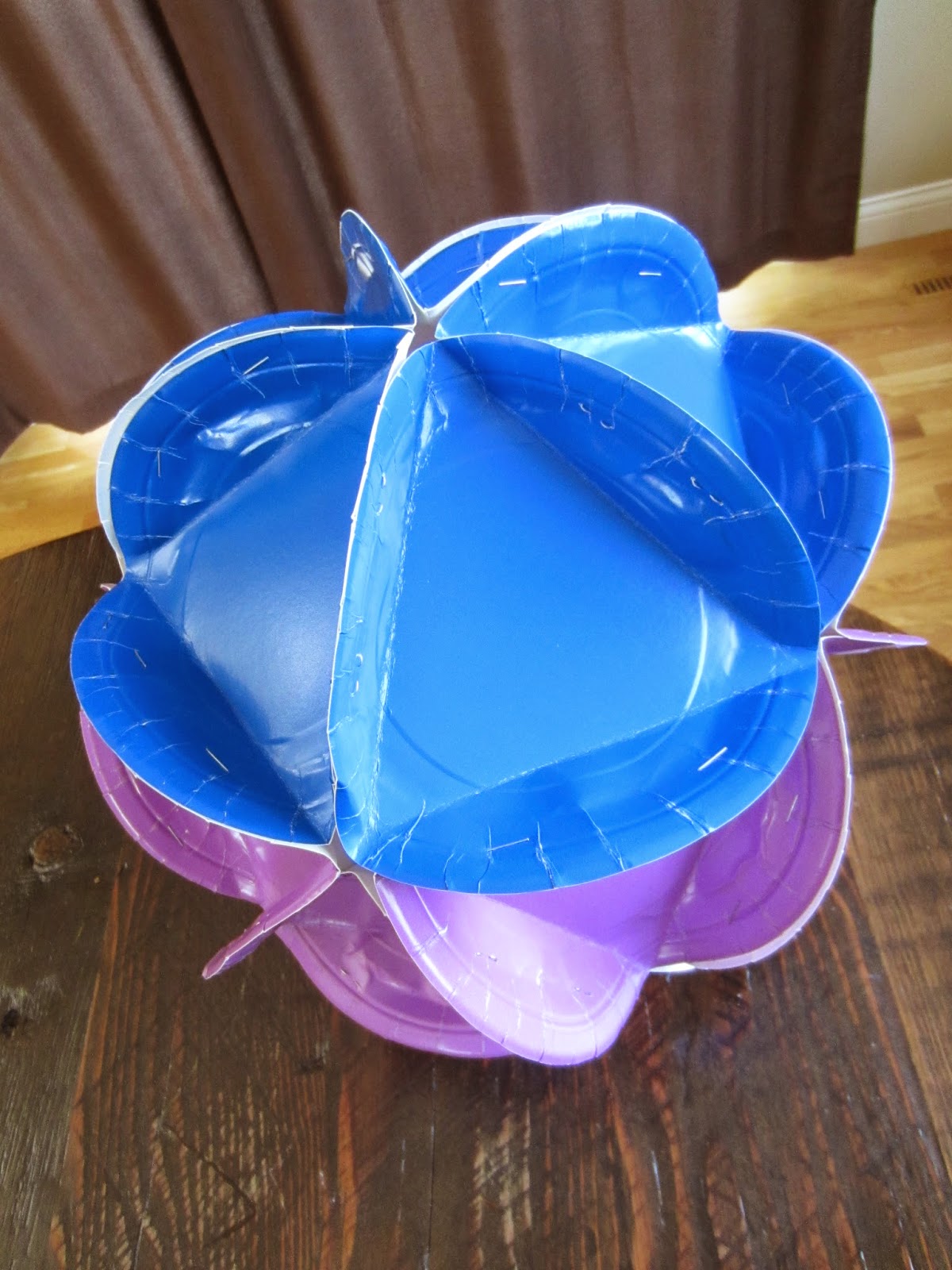 Want to up the challenge? Show kids a finished example and ask them to replicate it without instructions. Or simply see what they can come up with using the folded plates. I love the sculptural effect! One part art, one part engineering … now that's what I call some great after school learning!

Want to make a different polyhedron? Want a harder project? Check out this one made entirely out of cut paper!
Posted by Deceptively Educational at 7:00 AM