Our youngest son (who just turned 5 years old) can be convinced to do anything if it's a race. It has been this way for awhile now, and while we're certainly not trying to turn everything into a competition, whenever possible to use it as motivation, we do.

This little game is an example. 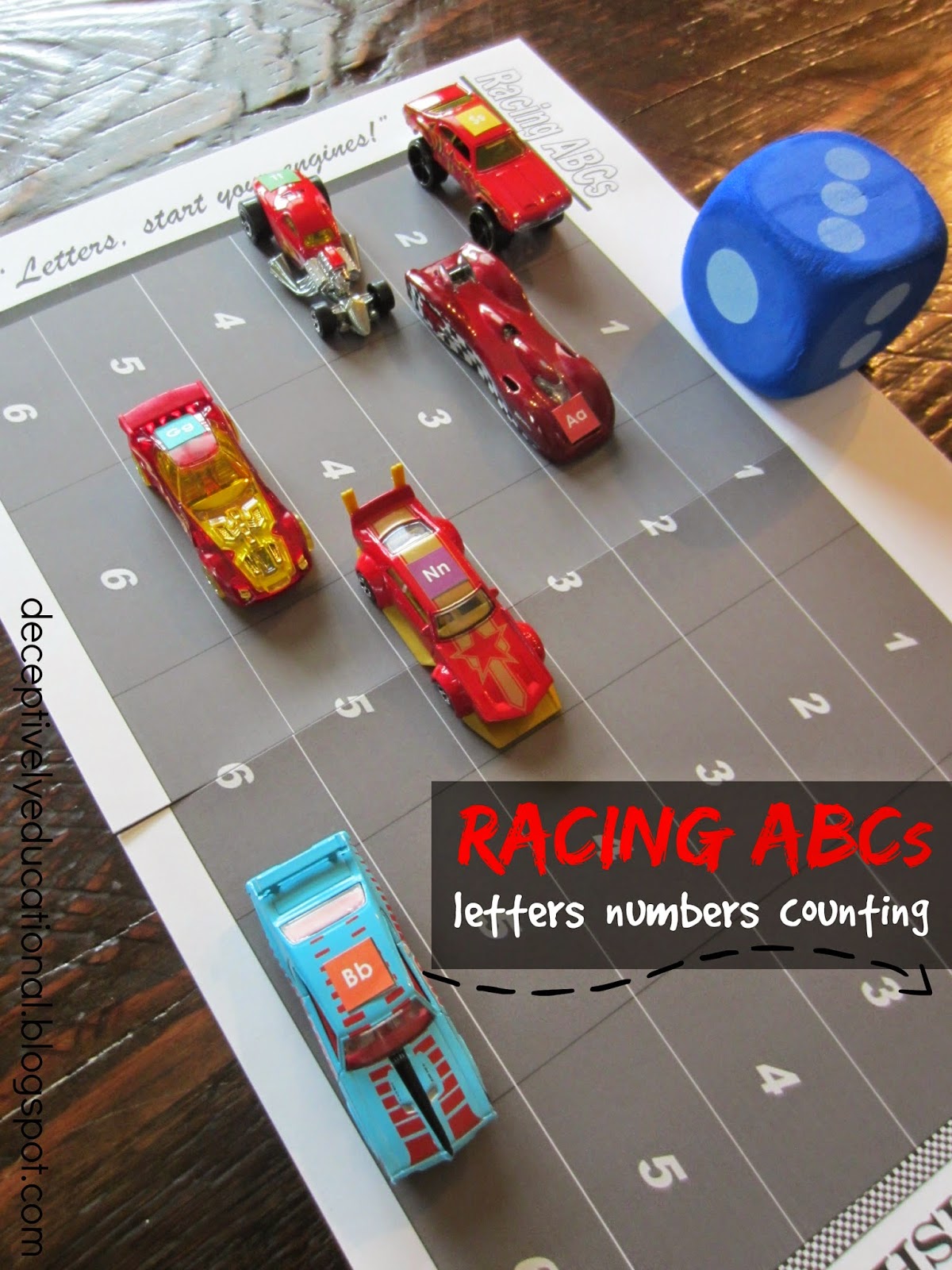 To work on counting and review some letters, I grabbed six small matchbox cars and a die. I labeled the cars with six different letters. I printed the letters on sticker paper, but simple masking tape and a fine-tip permanent marker works just as well.

After printing the game board on cardstock and taping it together, he was ready to race! (Click the image to download a 2-page PDF of the game board for free from Google Drive.) 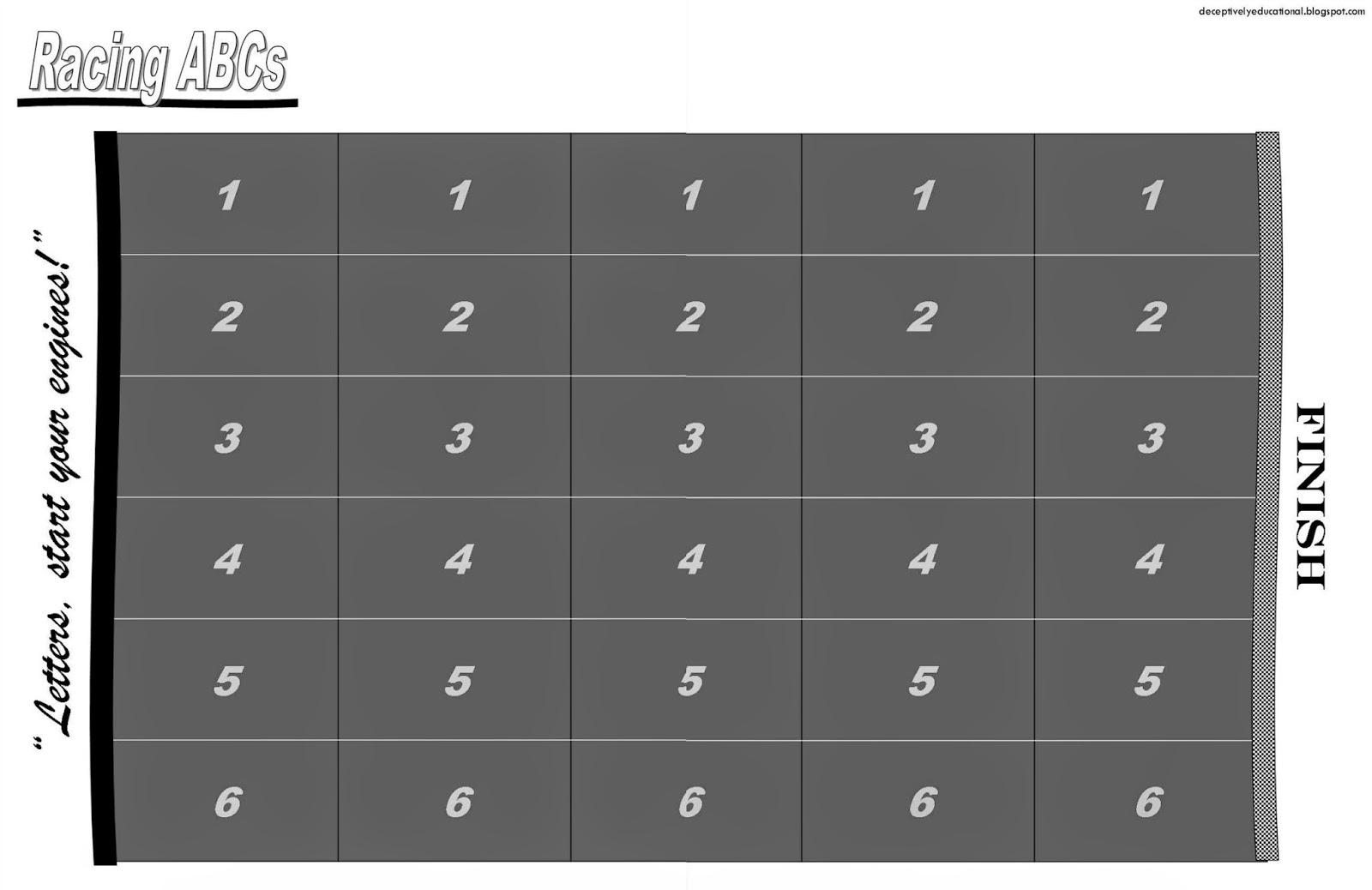 To put him in the mood for our game, we read The Racecar Alphabet by Brian Floca. It was the perfect pairing for this activity!

Here's how we played.

All cars were placed to the left of the starting line. 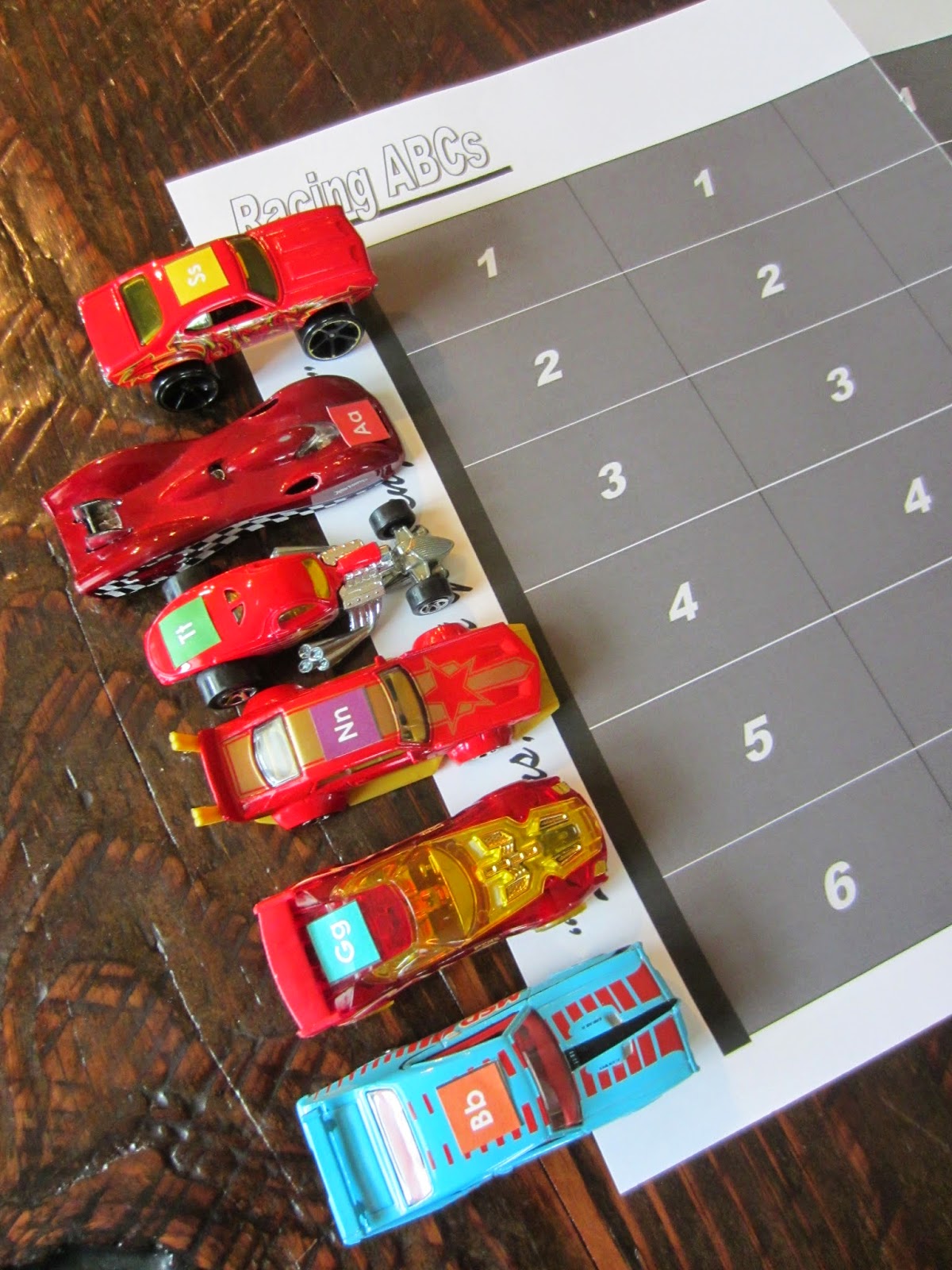 My son rolled the die and counted the dots on the side of the die that landed on top.

Then he found the numeral on the game board.

"The 'S' car!" he'd reply and then moved the race car one space forward. 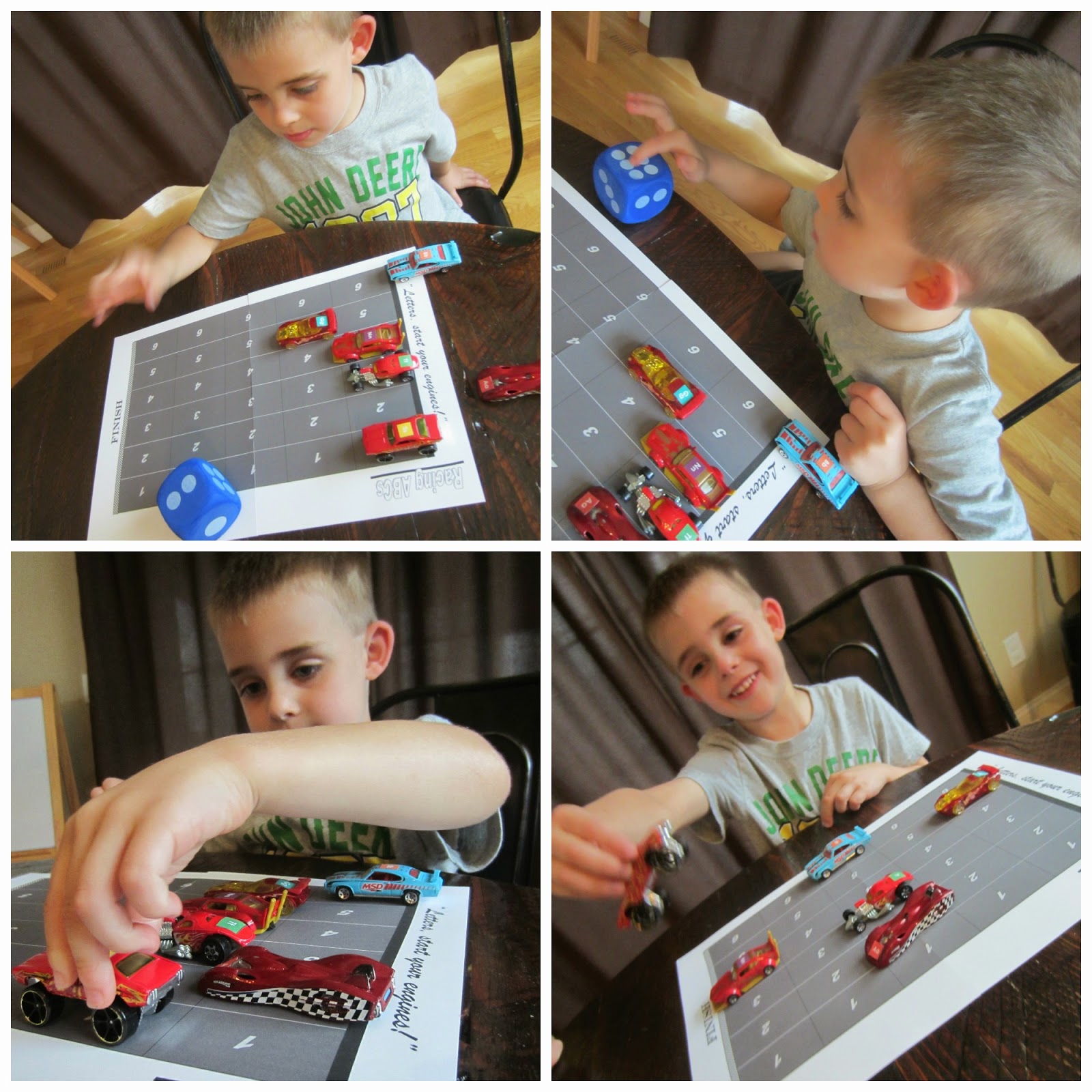 He continued to roll, count, find the lane on the game board, announce the letter on the car, and move it until one car (the "G" car) passed the finish line and won the race!
Posted by Deceptively Educational at 6:30 AM