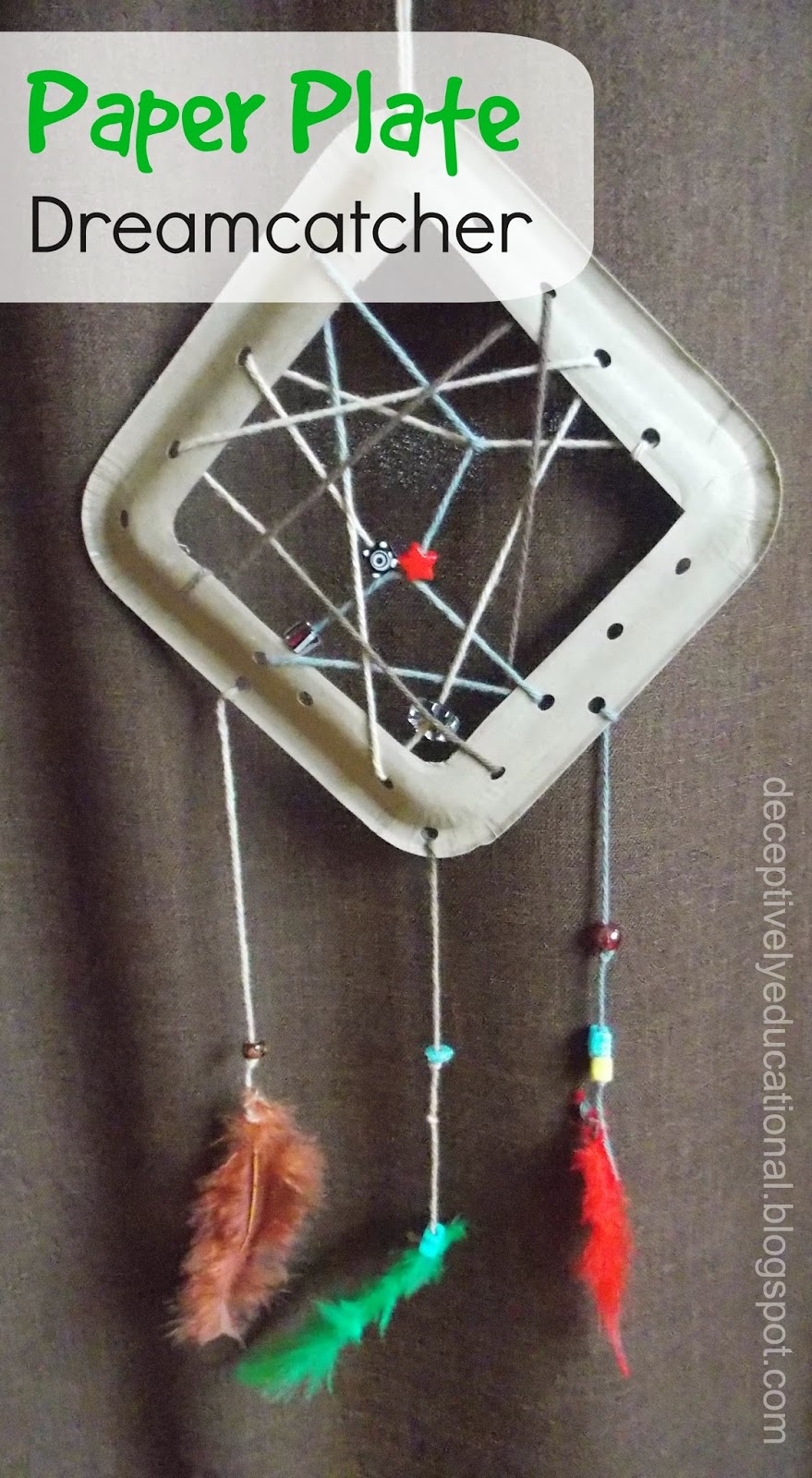 Our oldest son spooks easily. He saw a commercial with zombies and has had trouble falling asleep every night since. Despite all the old tricks that worked with me when I was a young girl, nothing other than laying with him has worked.

Ours is not authentic, but we hoped it would have the same effect as the hoop and horsehair originals made the Native Americans.

Before we got crafty, my son and I read a great book by Audrey Osofsky that helped explain how dreamcatchers work.

"Out of the night swarm dark wings of bad dreams,
but the dream net guards the way.
Tangled in the net, dark dreams are caught
like flies in a spider's web."

When we finished the picture book, we got to work making our dream catcher. While most dream catchers are round, the only disposable plates we had were square. We decided to work with what we had, and since the plates were Spider-Man on one side, thought it fitting to use to make our bad-dream web catcher with.

To start, my son cut out the middle of the plate. Then he punched holes around the perimeter, as well as one at the top to hang it by, and three at the bottom to hang additional features from. 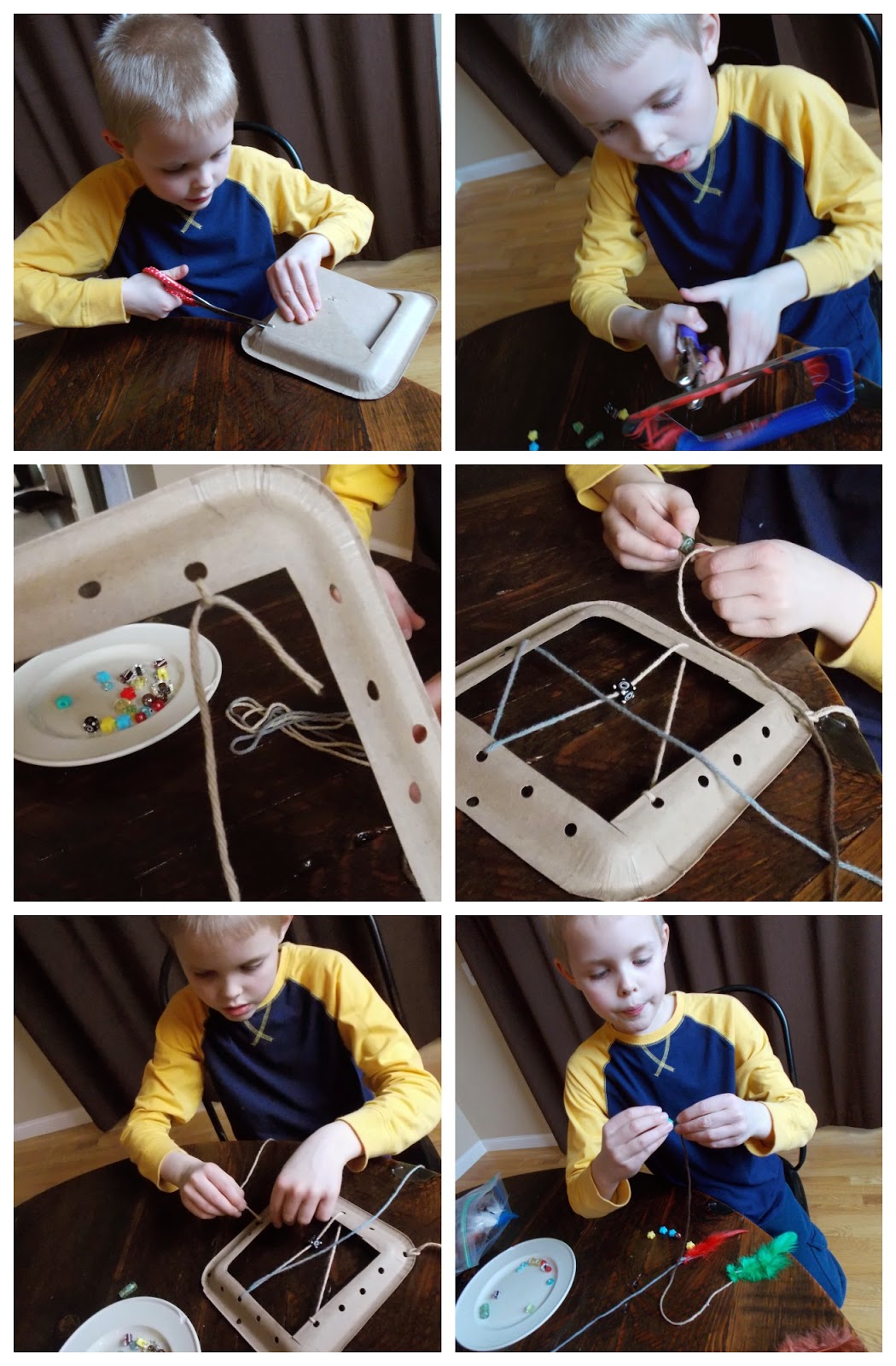 We tied yarn to one of the interior holes and he began weaving the yarn through the holes sometimes adding a bead, and wrapping it around another strand before tucking it through the next hole. Threading the beads was great practice for his fine motor skills. We he'd used up the long strand of yarn, I tied it to another hole.

Then he picked feathers and we tied them to three strands of yarn. We tied knots in the yarn to suspend beads that he then threaded.

When we tied these strands to the bottom three holes and made a loop to hang it, we were done.

Time for some sweet dreams, my son.
Posted by Deceptively Educational at 7:00 AM