It's been far too long since we played a language arts game. This one works on suffixes, those endings that are added to a word or a root and change its meaning (e.g. high becomes highness, with the -ness suffix). 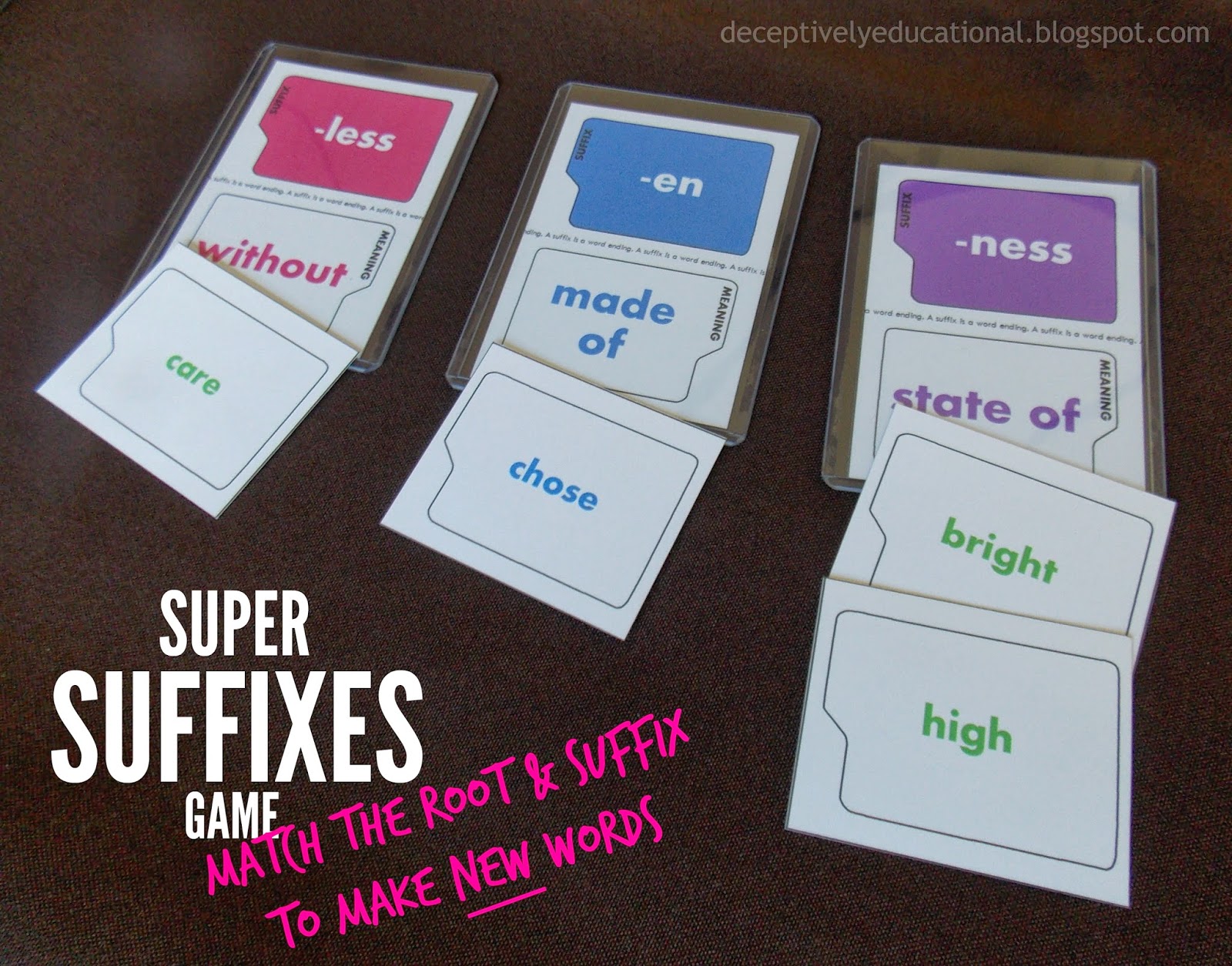 I made a simple game for my son and I to play. (Download a free 5-page PDF from Google Drive here.)

There are two sets of cards. The first is a full-sized set of 12 cards displaying different suffixes and their meaning. 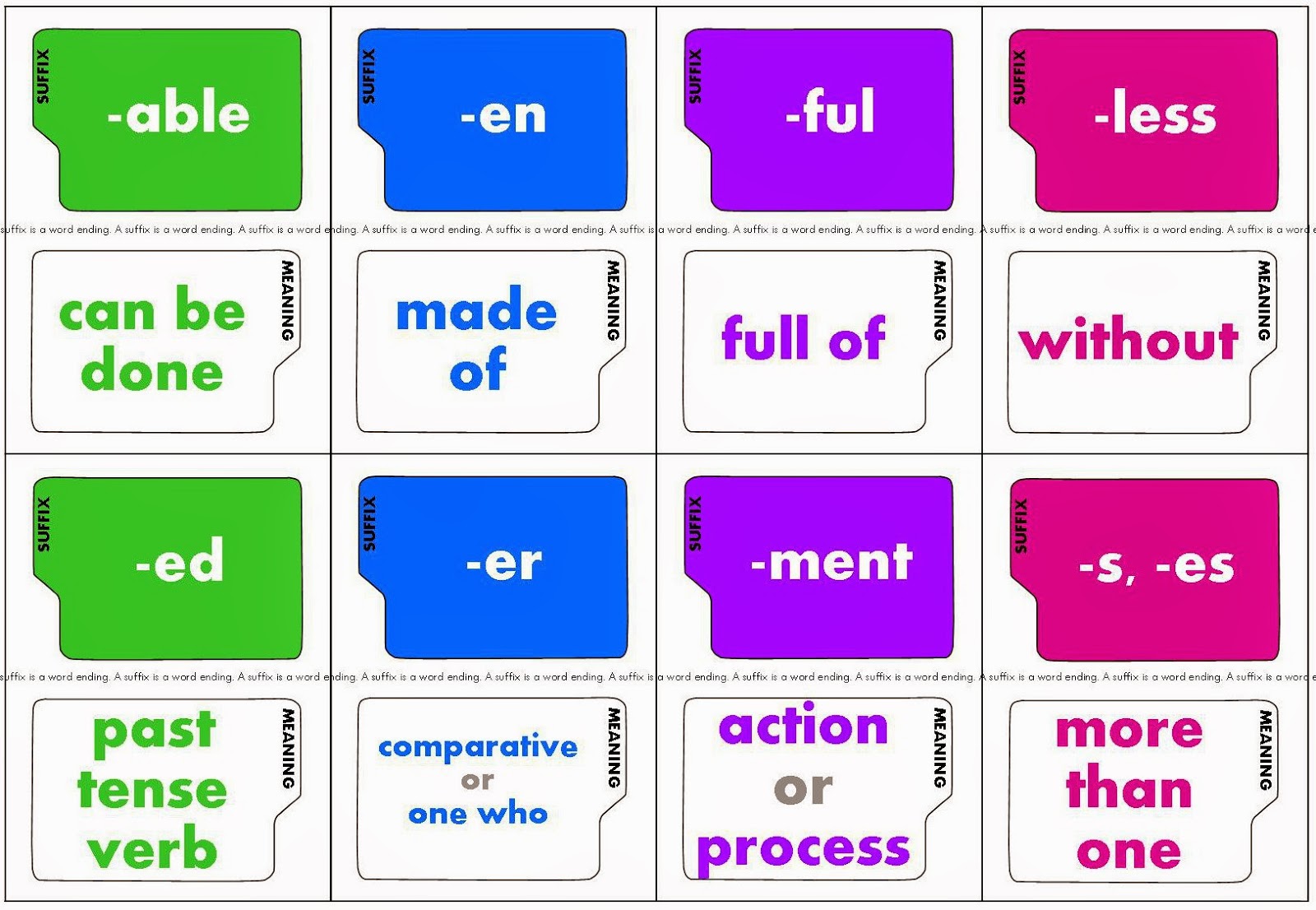 The rest of the cards are smaller and contain words or roots. 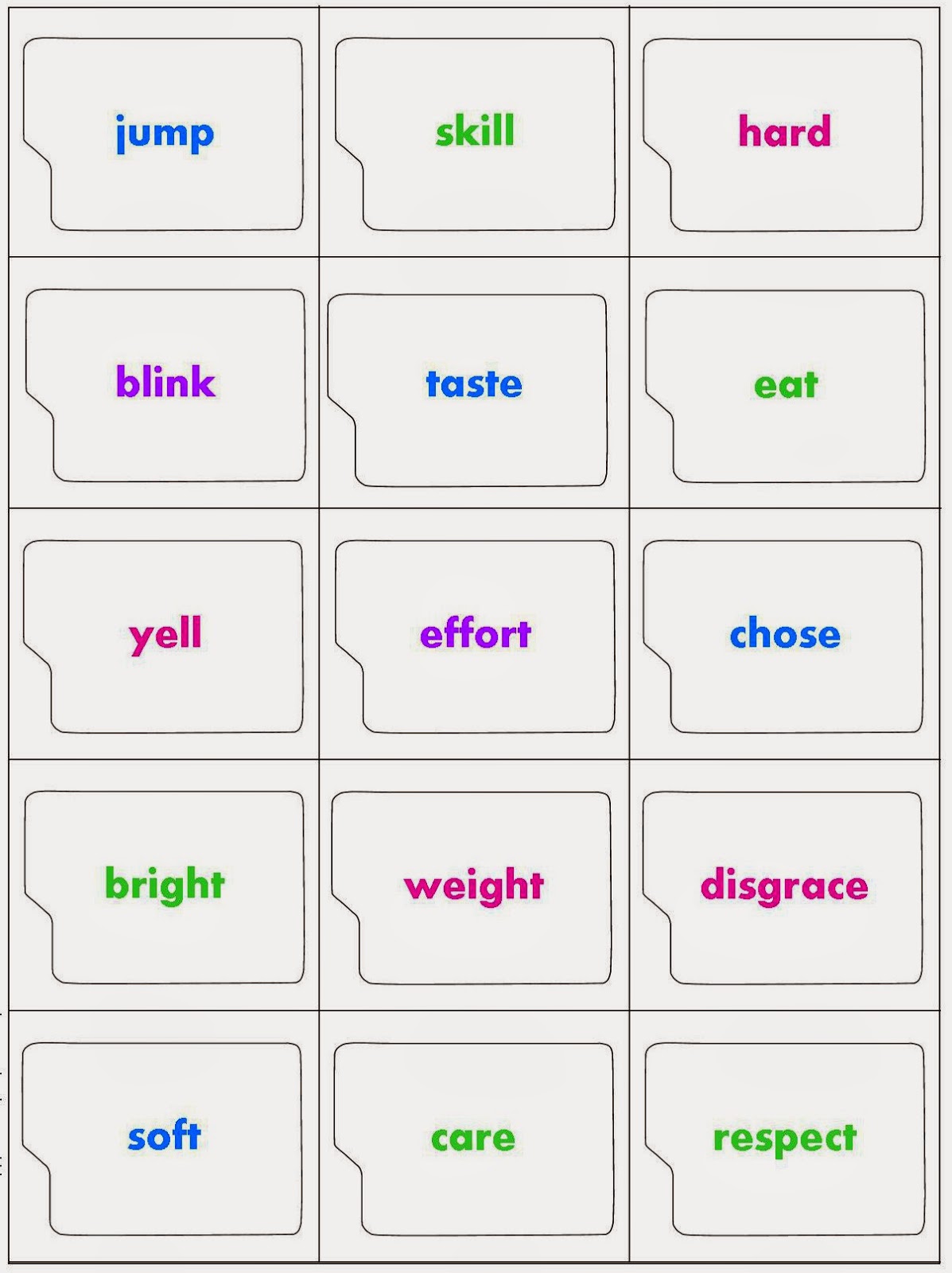 When my 3rd grade son got home from school we reviewed what suffixes are with a little help from Robin Pulver's book Happy Endings. This fictional tale is chock full of suffixes. It's a language arts lesson built into a story, which ranks right up there as my favorite genre of children's books.


After we finished Pulver's book, we played Super Suffixes.

After shuffling both sets of cards, we flipped three of the large suffix cards over. Then each of us drew five cards from the word deck.

We looked at the words we'd drawn and tried to match them with any of the three suffixes. Each player earns a point for every suffix matched with a word. We made matches like happy and -ness, and disgrace and -ful. I could have named this game silly suffixes, because some of the words we tried with our suffixes were downright goofy. "Mom, is weightness a word?" 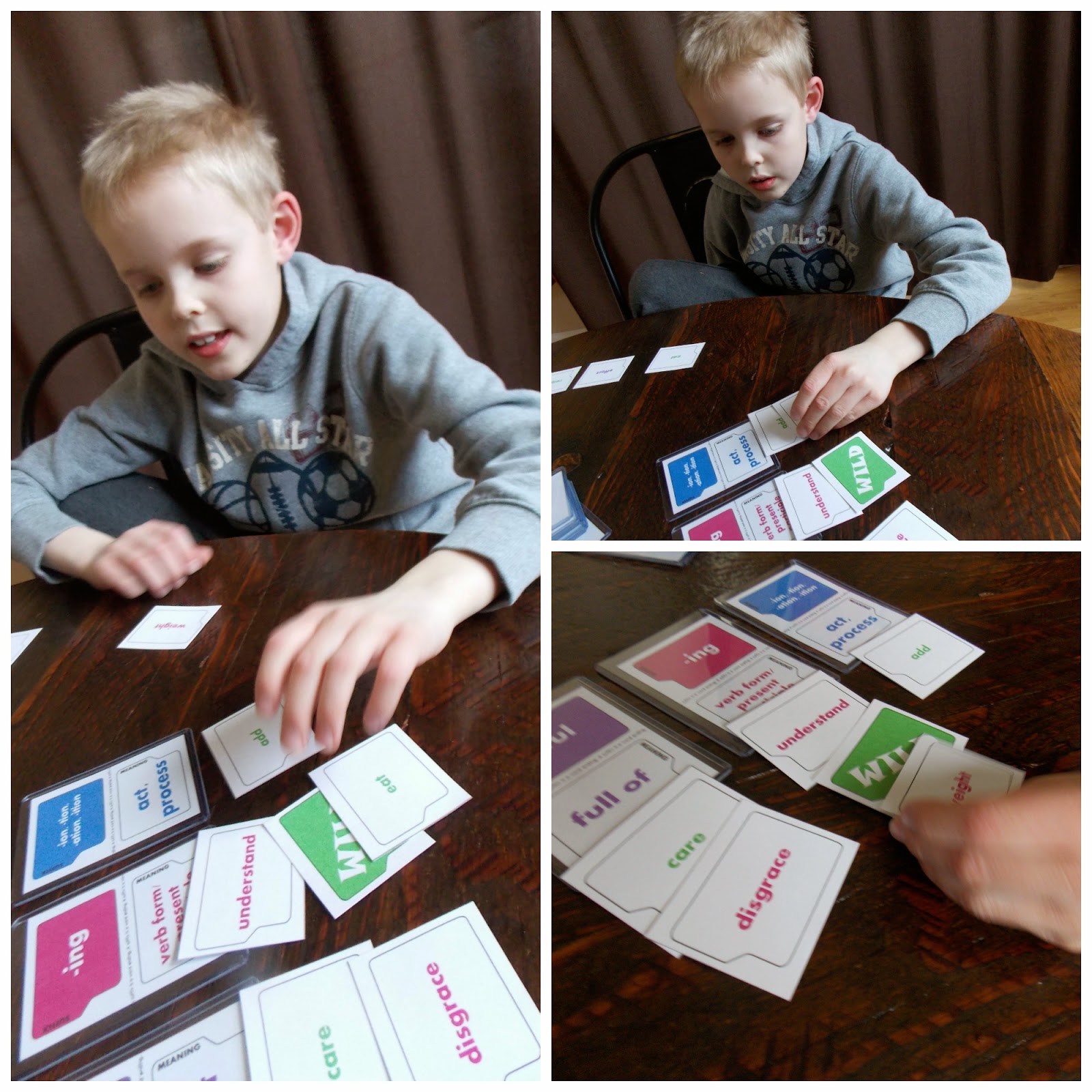 When we had matched all of the cards from our hand that we could, we kept any cards we were unable to match, drew enough cards from the word deck so we had 5 each again, and flipped over three new suffixes. We played four rounds and kept score to determine who won.

This game is a great way to boost a child's vocabulary, help them deduce the meaning of words with suffixes, and grasp a greater appreciation for the English language.
Posted by Deceptively Educational at 7:00 AM