Working on letter recognition can be a bore. But it doesn't have to be. Why not play letter dominoes? 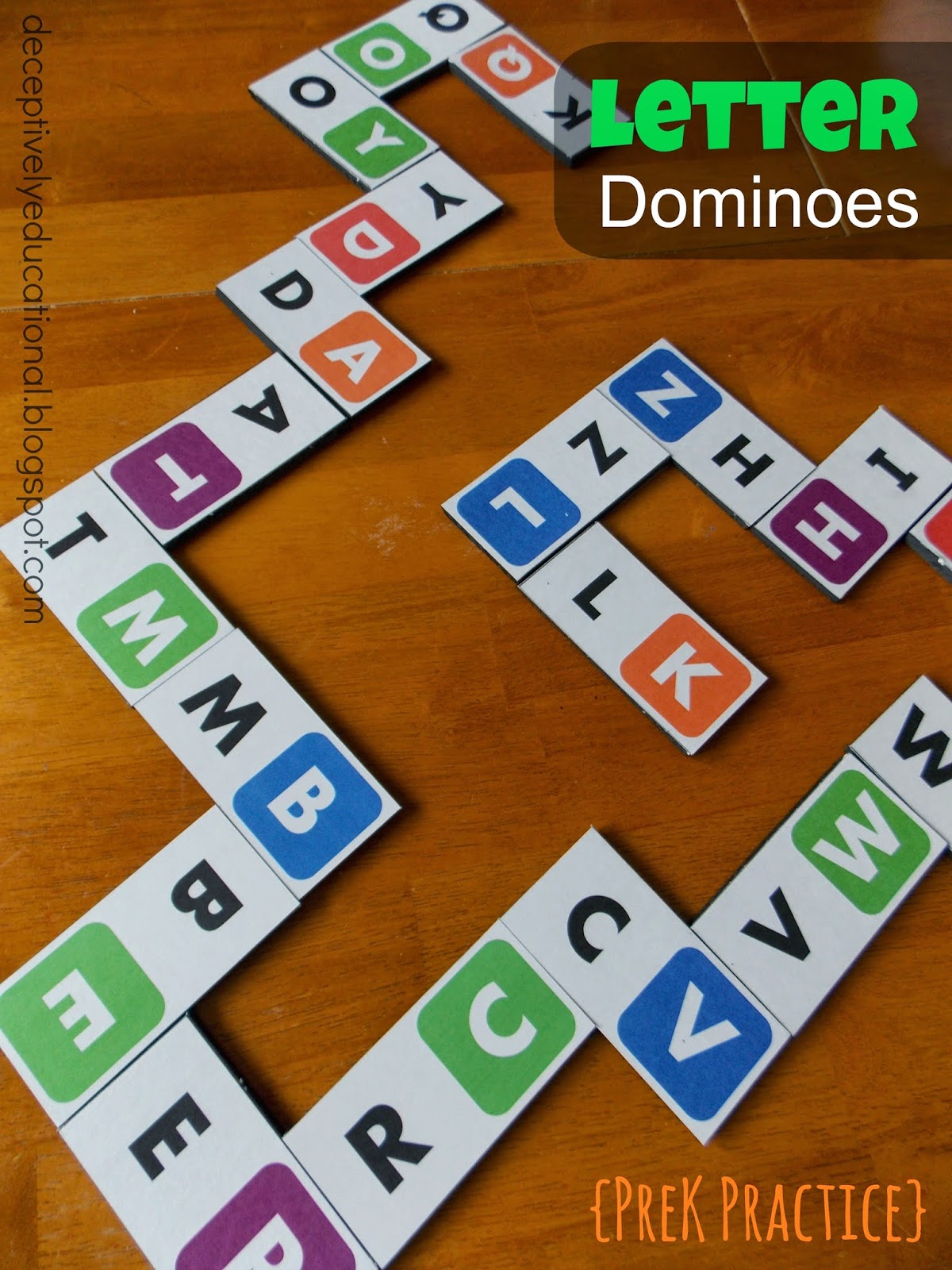 I made up two sets. One that consists of entirely uppercase letters and the other that contains upper and lower case letters. Download the free PDFs from Google Drive using the links in the previous sentence. 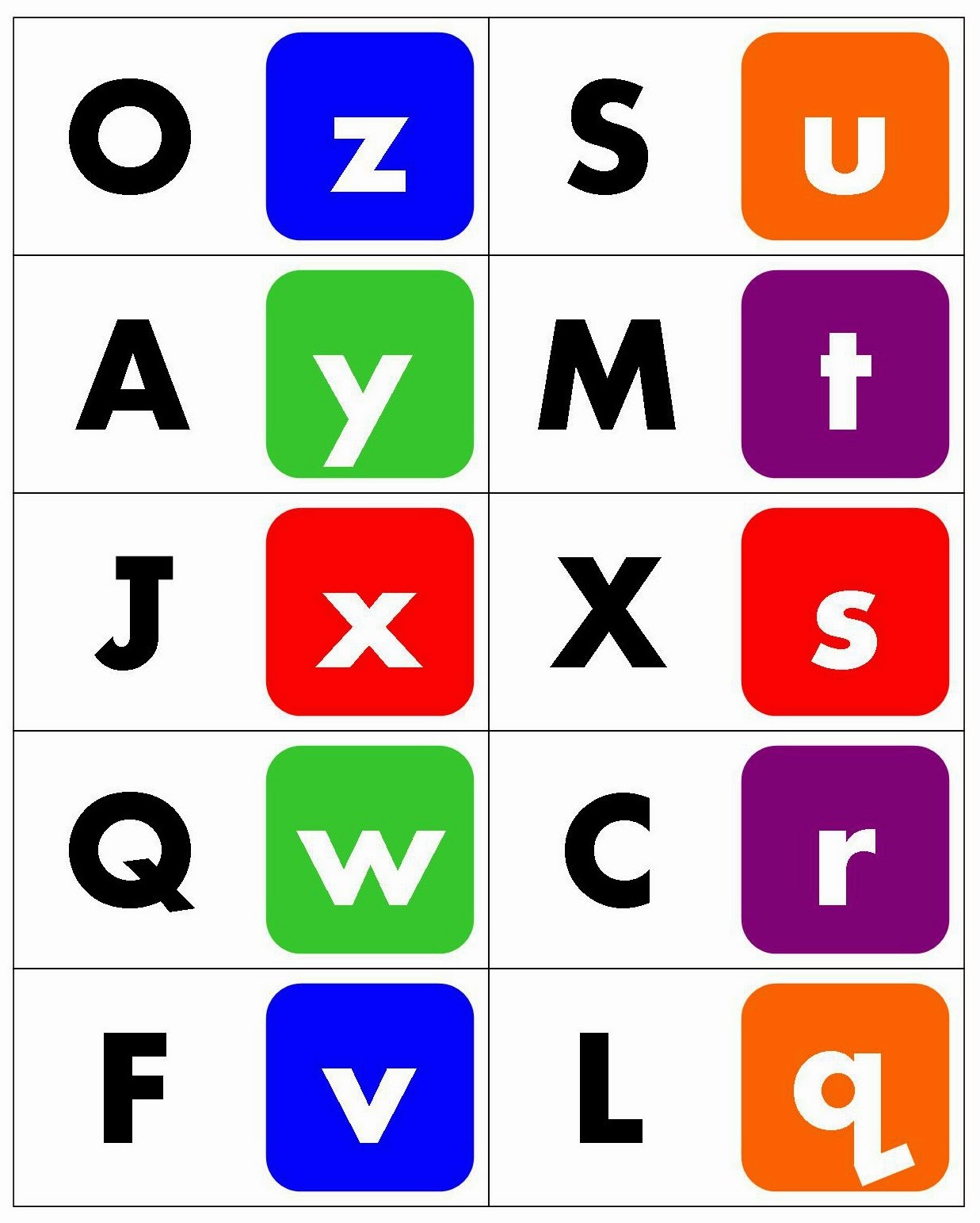 How I Made Them
I used six sheets of 6mm craft foam, foamies glue, and the PDFs printed on cardstock. After applying the glue to both the foam sheets and the back of the cardstock and letting it cure, I adhered them together, and using a straight edge and a craft knife, cut the dominoes apart atop a cutting board. Easy peasy, lemon squeezy! 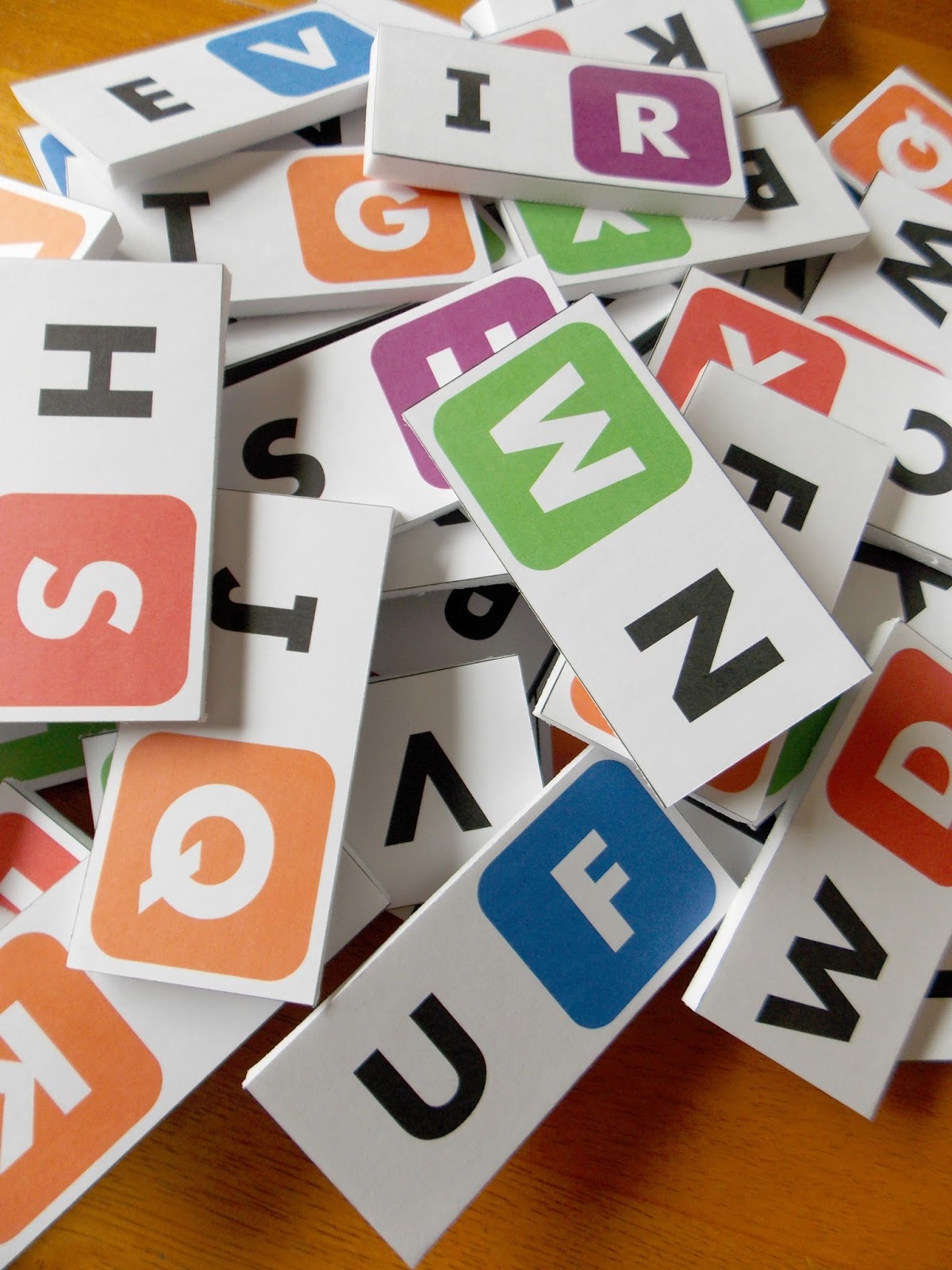 How We Played
With all the dominoes in one big pile, I randomly picked one. I then asked my 4-year-old what letters were on the domino. When he'd identified them, I explained how we needed to find our next domino with one of those two letters. The hunt began. He was SO excited to find, match, and place the domino. One by one, we continued like this with him constructing a design of matching dominoes on the table. This was fun practice! 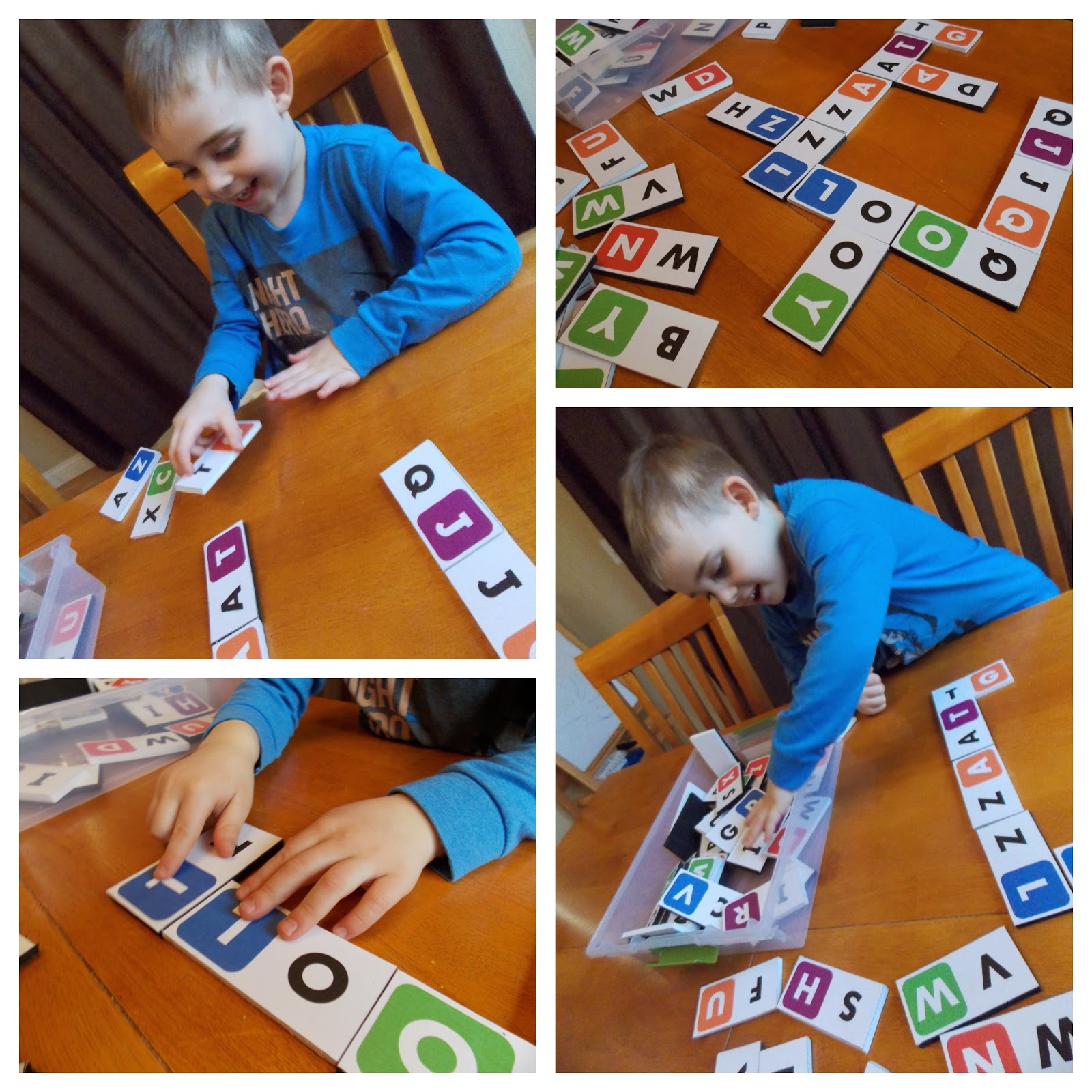 I can't take credit for this idea. It's my eight-year-old son's. When I told him that his little bro needed to work on his letters, this is what he suggested. Can you believe it? After nearly four years' worth of activities with my oldest boy, he now has the creativity and ingenuity to develop his own deceptively educational ideas! I love it!

Love dominoes? Check out our Word Dominoes to practice parts of speech, and these fun DIY dominoes made from ice cube trays and plaster of paris.
Posted by Deceptively Educational at 7:00 AM