Imagining Life as a Settler 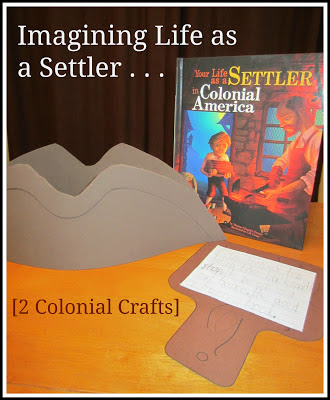 Some books beg to be paired with an activity. Such is the case with this activity, which was inspired by some new books our library just shelved. What a treasure Thomas Kingsley Troupe's Your Life as a Settler in Colonial America is.

The "Your Life as a ..." series of books each ask children to pretend they are playing the role of a character that lived during another time - in this case, Colin Smalley, the 11-year-old son of a blacksmith living in colonial Williamsburg, Virginia.

The tale Troupe weaves imaginatively explains what life was like for Colin - where he slept, went to school, and used "the restroom"; when he ate; the games he played; and what he wore. When we were done reading, my son recorded a few of the things he learned from the book on a paper version of a hornbook (a paddle-shaped piece of wood where lesson sheets were attached for children to string around their necks and study).


To make your own hornbook, print the paddle shape onto a piece of brown cardstock. Cut the lined paper and glue or tape to the front. 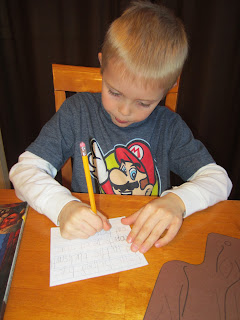 When he was done writing, we fashioned our own three-cornered hat, mimicking the fashion of male colonists.

We used two sheets of 3mm (approximately 12 x 18-inch) brown foam. Cut two hat shapes and two 1 1/2-inch strips. Use the strips to make a headband, fitting it to your child's head (I used a stapler). Trim the excess. 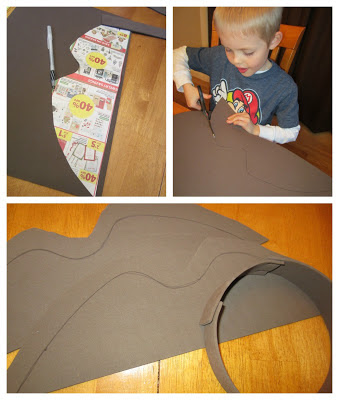 Use school glue and binder clips (to hold while it dries) or a low-temp glue gun to affix the two hat shapes to the headband, gluing each on either side of the headband and attaching the hat's corners together. NOTE: We used glue dots at first but after loads of wear, they refused to hold and we resorted to traditional glue. 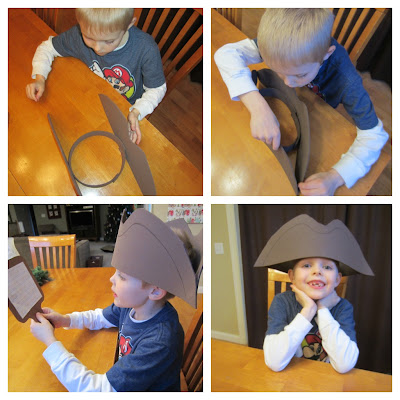 My son LOVED his new Colonist-style hat and thought it fitting to wear it in the evenings while he read his way through the Magic Tree House chapter book on the Revolutionary War. Little brother even asked if we could make a hat for him!

Posted by Deceptively Educational at 7:45 AM