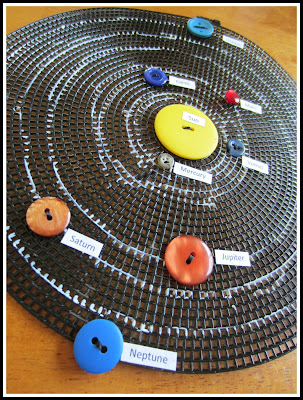 My son thinks anything space-related is cool. I have to agree. We BOTH learned a lot and had a blast with this science craft.

While shopping at our local craft store, I found this plastic canvas PVC circle in the needlework section. I knew right away what to do with it. Make a solar system model!

Embroidery thread the same color as your spray paint

Sticker paper (or paper and glue)

The day before we got started, I spray painted the needlework circle with black spray paint. 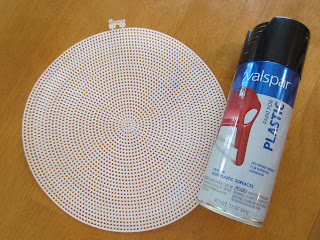 I grabbed Seymour Simon’s Planets Around the Sun book and asked my son to tag along to the fabric store.

Simon’s book has a matrix in the back showing the order of the planets in our solar system as they orbit the sun. It shows the relative size and color of the planets.

At the store, I pulled out the book and showed my son the matrix. We picked out buttons that looked like each of the planets, paying attention to size and color. (The store was running a phenomenal sale on buttons, which is good because my spare buttons are boxed up in the basement as we remodel it.)

The following day, we read Going Around the Sun: Some Planetary Fun by Marianne Berkes and got started making our solar system model. Each planet has a rhyme of its own that incorporates the planet's order in our solar system. It's super fun and beautifully illustrated.

To start, I gave my son a page of concentric circles I’d made and printed on cardstock. Click on the picture below to download a PDF of this page. 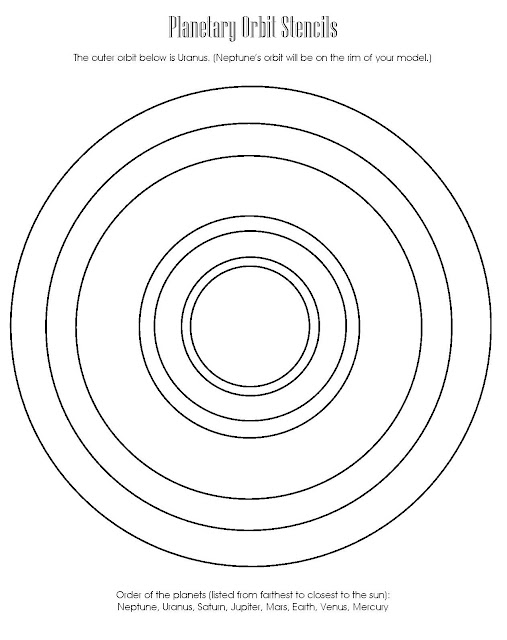 Each of these circles represented the planets’ orbits. (There is no circle for Neptune, as that planet’s orbit would be the outer rim of our needlework circle.) 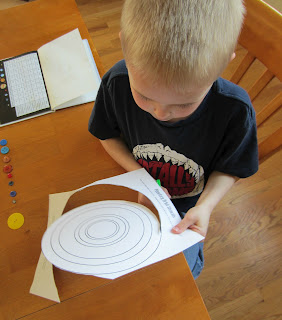 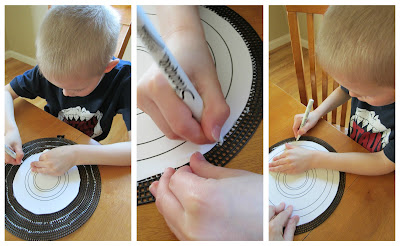 Now he got the buttons out and starting with the sun, used the needle and thread to attach them to the hoop. We made knots and clipped the excess thread after sewing each button. 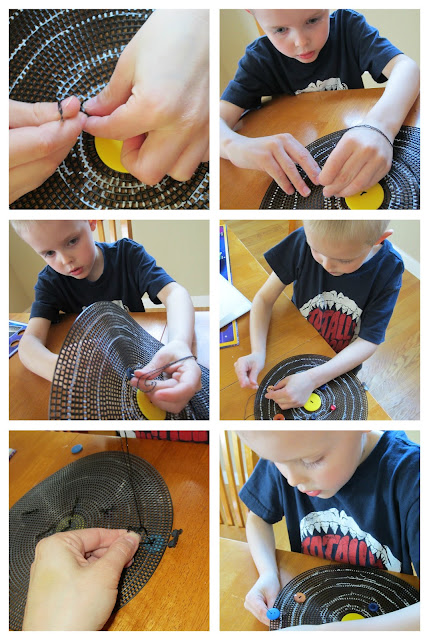 When they were all attached, I printed a page of labels on sticker paper, cut each, and he attached them next to the respective planet (or the sun). 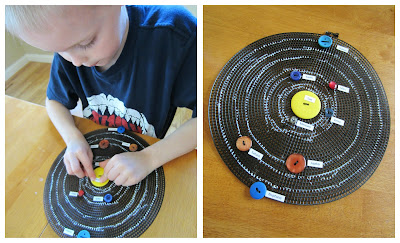 Posted by Deceptively Educational at 7:19 AM