This week I dug out some of the pre-reader phonics books we used with our oldest son. Our five-year-old was ready. Once I realized that he could fairly easily listen for the ending sound of a word and then recall the letter that makes that sound, I wanted to further test his skills. 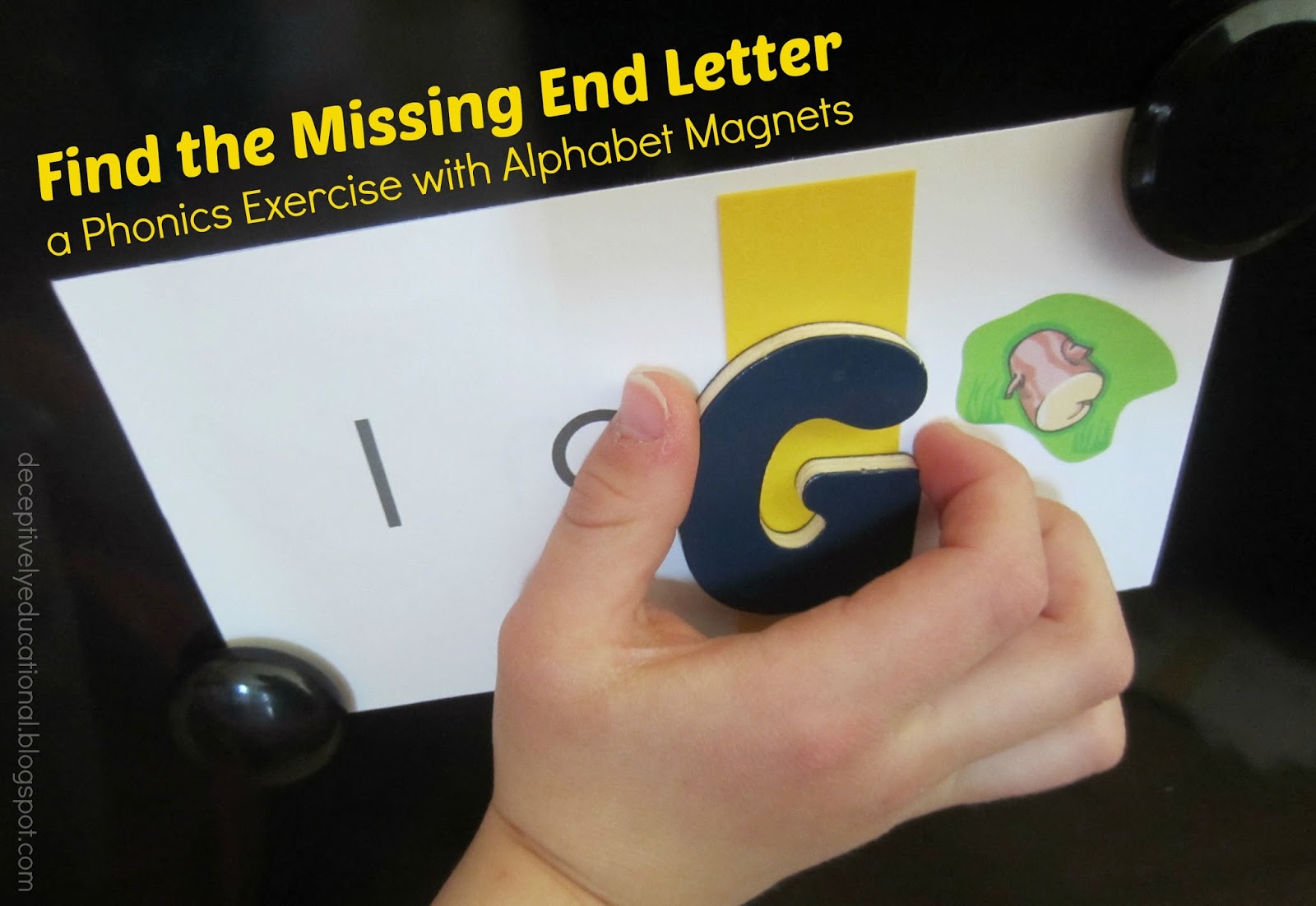 I pulled out the trusty slide cards that I used with our now 9-year-old when he was learning to blend sounds. I picked through the deck and found CVC (consonant-vowel-consonant) words. Then I used some post-it note page markers to cover the ending sound of each word on the cards. To ensure he couldn't see through the note, I used two or three. 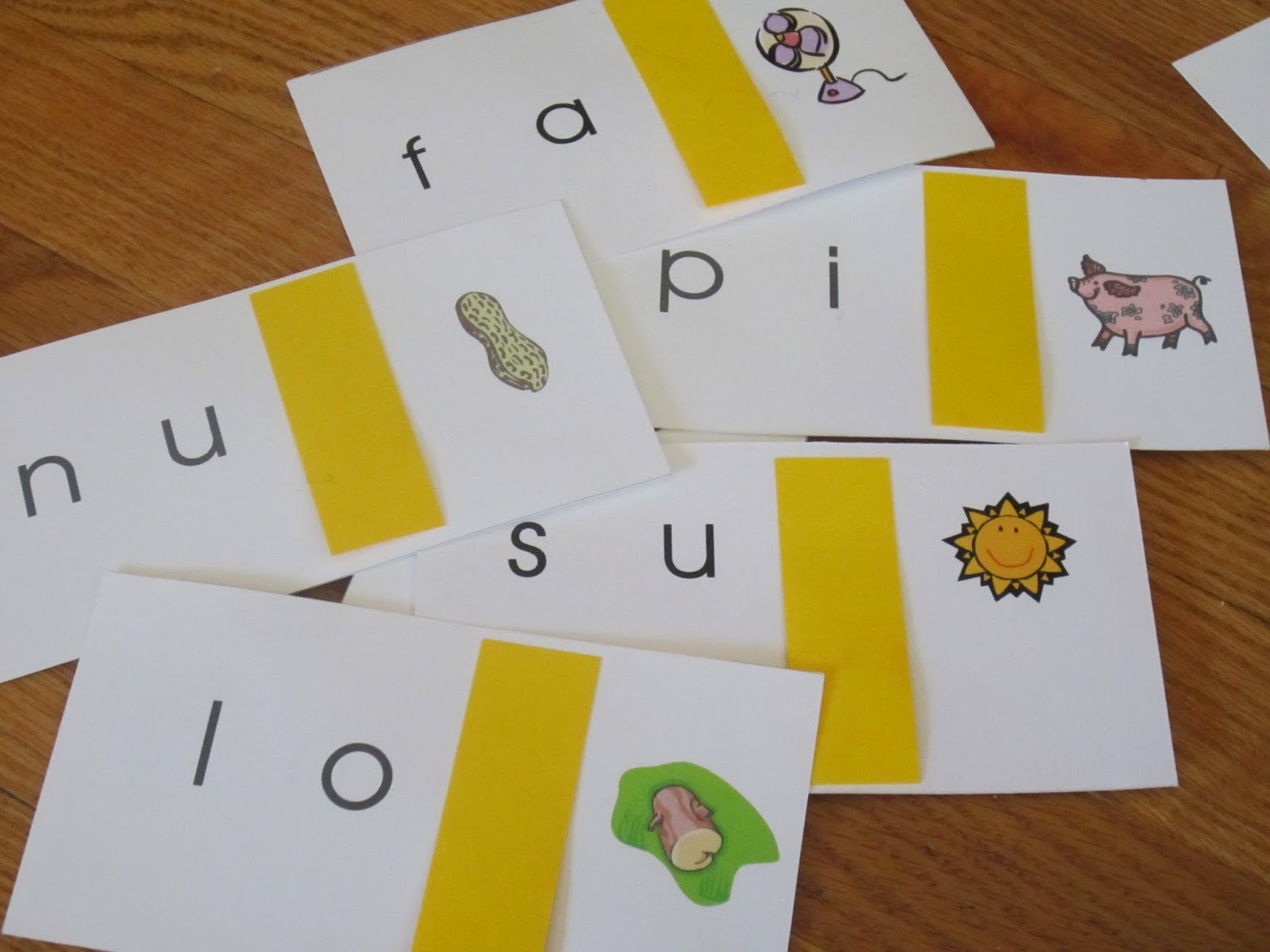 The page markers worked beautifully. He could see the beginning two letters of each word and the graphic representation of that object (e.g. a rat picture).

With our alphabet magnets attached to the refrigerator, I was ready for him to practice.

He tacked up the cards with magnets, identified the object in the picture, and then said (or listened) for the ending sound. Lastly, he looked for the letter that makes that sound and added it to the card to finish the word. 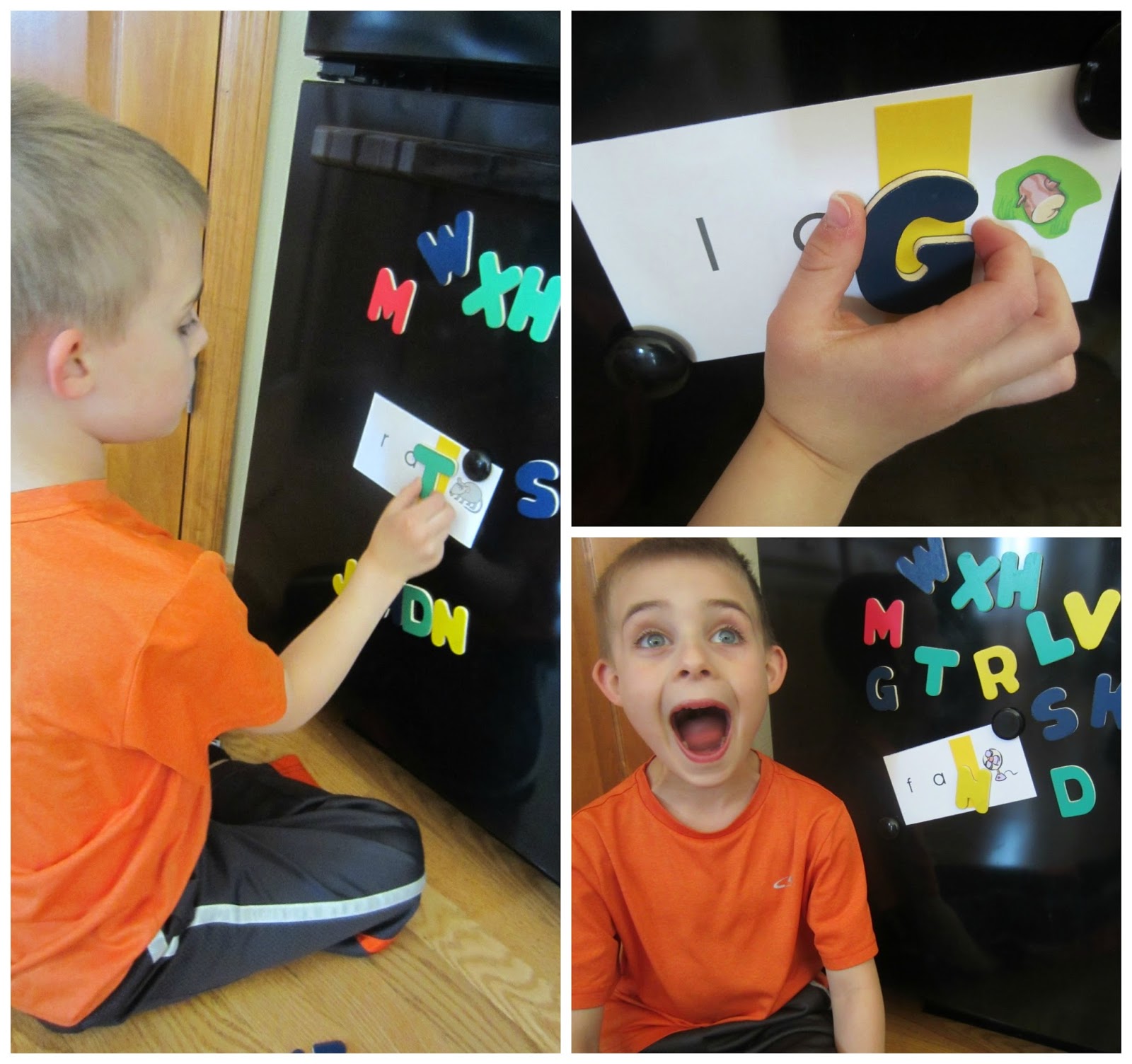 He didn't always get it right. So we sounded out the word he made (e.g. pik instead of pig). After listening carefully to the difference, he usually knew which letter to replace the incorrect one with.

This was a simple exercise that took just 10 minutes. It was great phonics practice and fun too!


Want the books that inspired this activity? Check out the Wheel Finders set of five books from DK Publishing. These fun interactive books are wonderful for enhancing pre-reading skills and confidence!