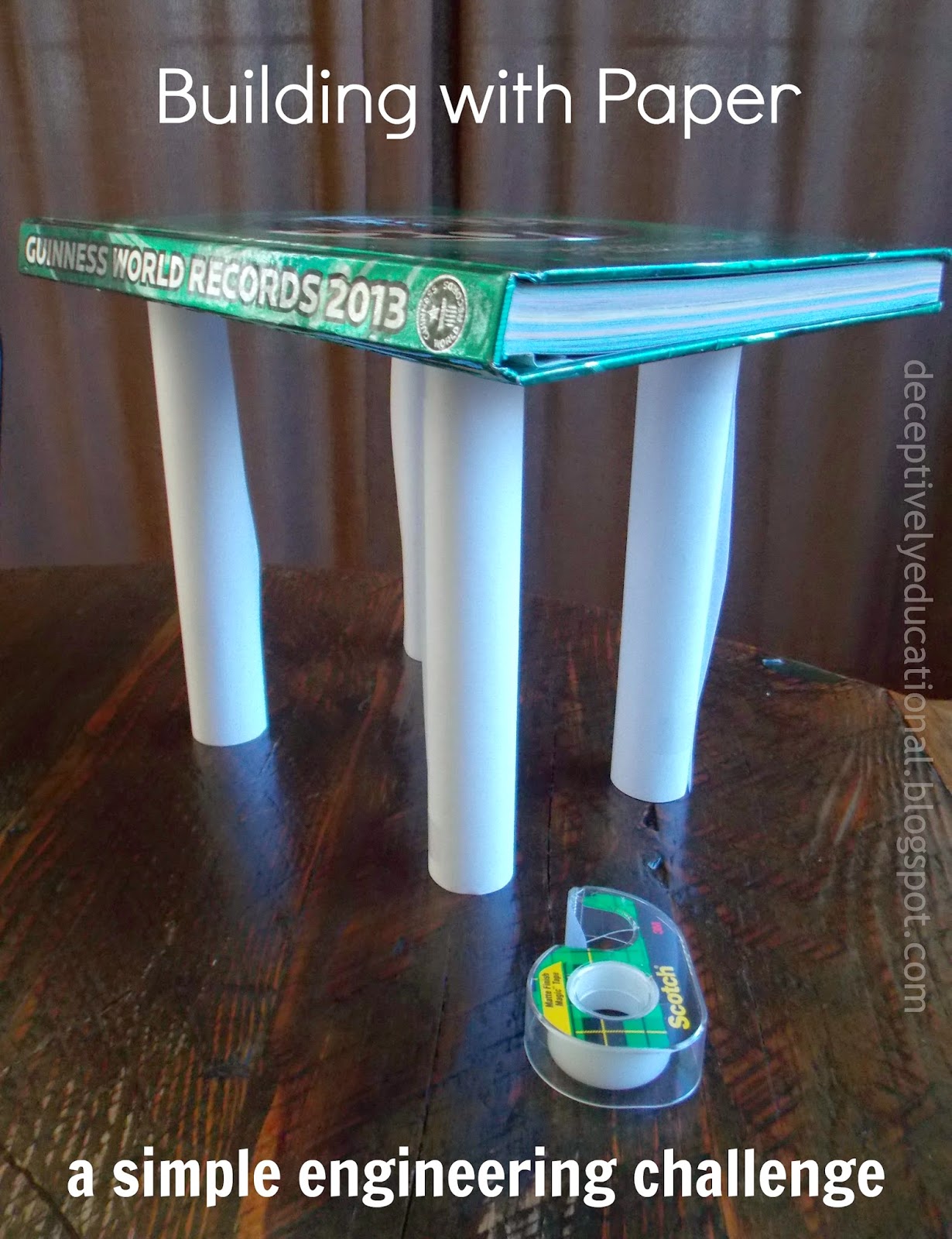 With a short stack of basic office paper and some scotch tape, I told my eight-year-old son we were going to do an engineering activity. "We're going to build with paper," I said.

I asked him to describe paper. Words and phrases like flimsy, thin, and easily ripped rolled off his tongue.

I wasn't about to argue.

I had him retrieve a book from his bookshelf. He came back with a thin paperback chapter book. I gave him the basic instruction to build a support to set the book on using the paper.

We kicked around a few ideas and decided to roll the paper into tubes about an inch in diameter, taping the open flaps down to keep the tubes from unrolling.

He was excited to see if the tube would hold his book. Voila! It did!! Rolling the paper had increased the strength of the paper. Now I told him to grab a BIG book from his room. He came back to the table with the Guinness Book of World Records. (Obviously, he was taking this engineering challenge seriously.)

We made four more identical tubes out of the office paper. I asked him how they should be positioned. "Should we group them all together to form one central support?" 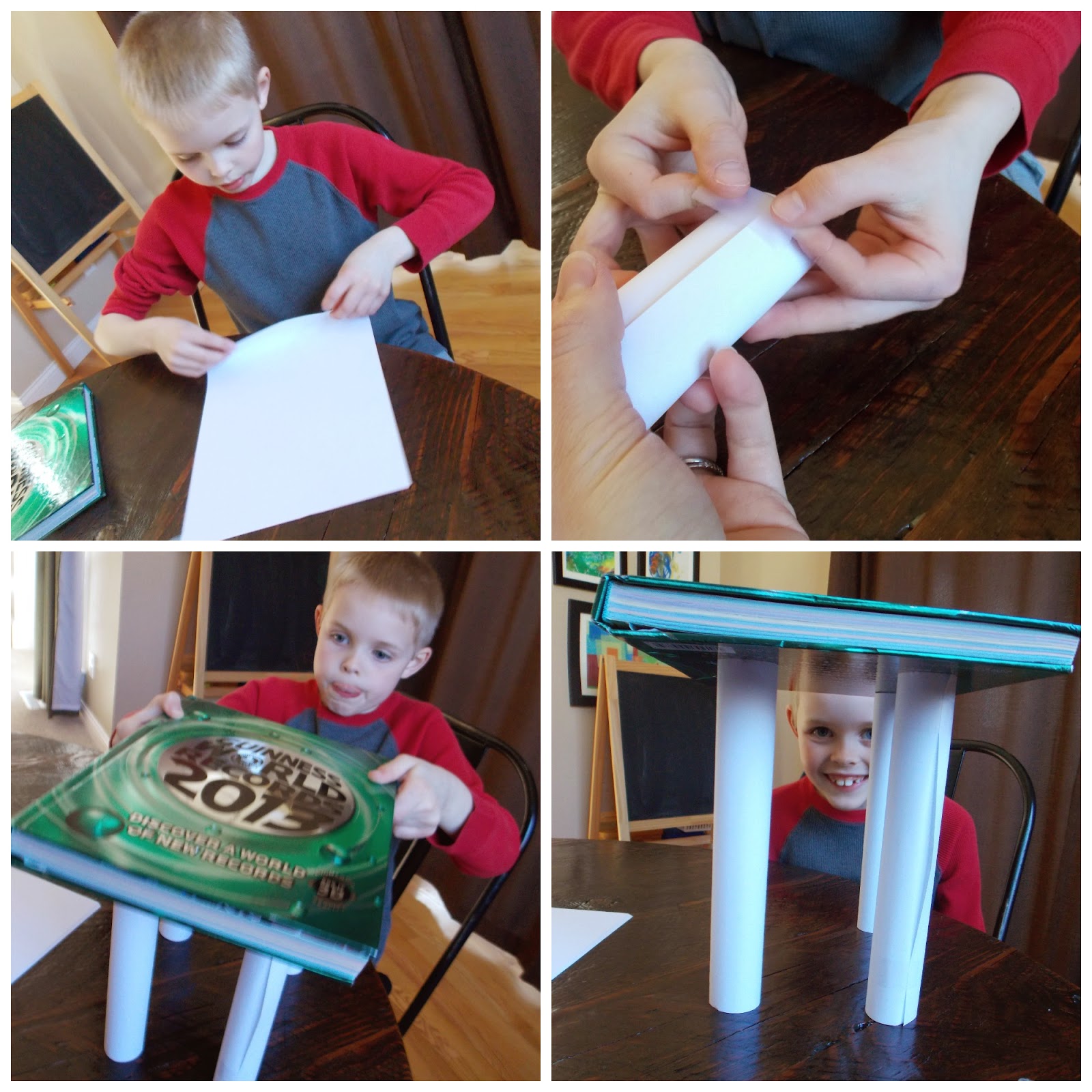 He had a different idea. To make sure the book was steady, he spread the four tubes out so they were closer to the corners of the book, evenly distributing the weight.

I'm not going to lie. I was shocked myself that four pieces of flimsy office paper could hold up the heavy book.

My son was thrilled to conquer this simple engineering challenge! 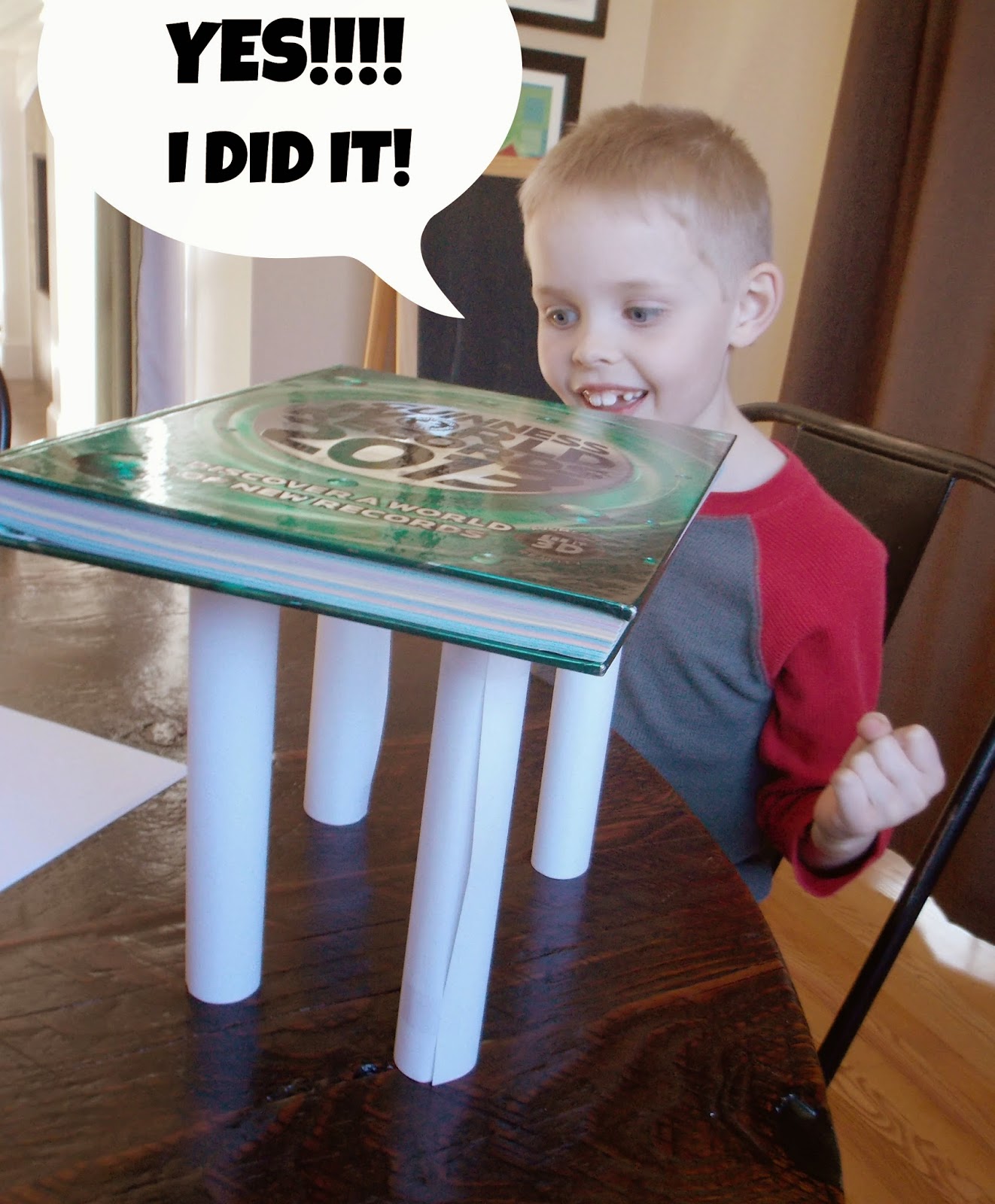 Note: Next time we attempt this, I think we'll add a second story to our paper-book building!

Email ThisBlogThis!Share to TwitterShare to FacebookShare to Pinterest
Labels: Engineering