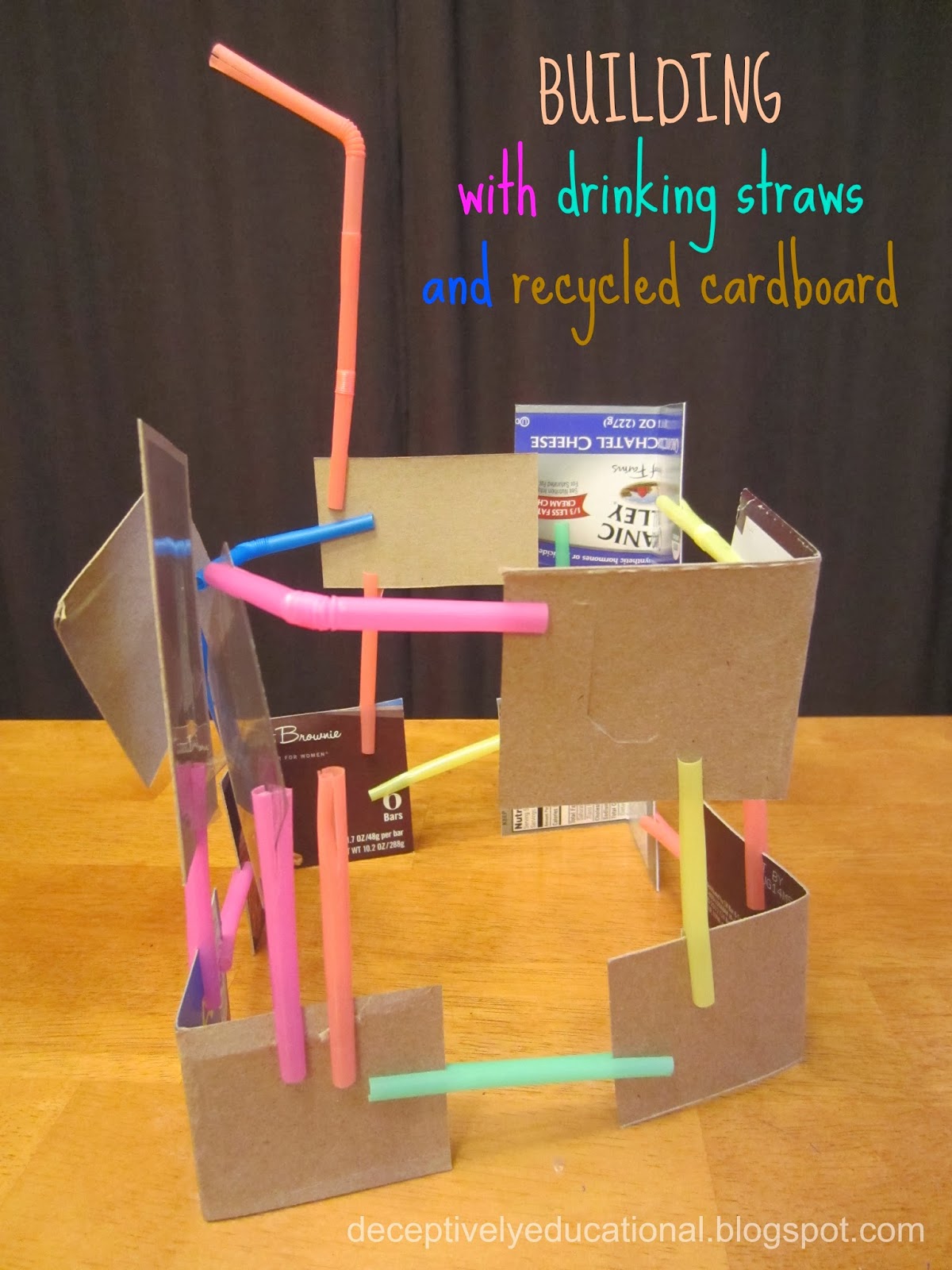 It's been ages since I posted a STEM (science, technology, engineering, and math) activity. This is a great one and cheap, cheap, cheap. Did I mention it costs pennies?

Now cut all the straws into shorter lengths; just make them as equal as possible. Then cut 1/2-inch slits into the ends, trying as hard as possible not to rotate the straws so the cuts are not at different angles from each other.

Cut the recycled cardboard into squares and rectangles of equal width. Fold some of the rectangles in half to use as corners.

Now hand over the building materials to a child. Show them how to slip the cardboard shapes into the straw ends and let them go wild connecting the pieces and building whatever their imagination allows.

My son added a crazy chimney to his building and some clear plastic I'd cut down from a plastic produce container for windows. 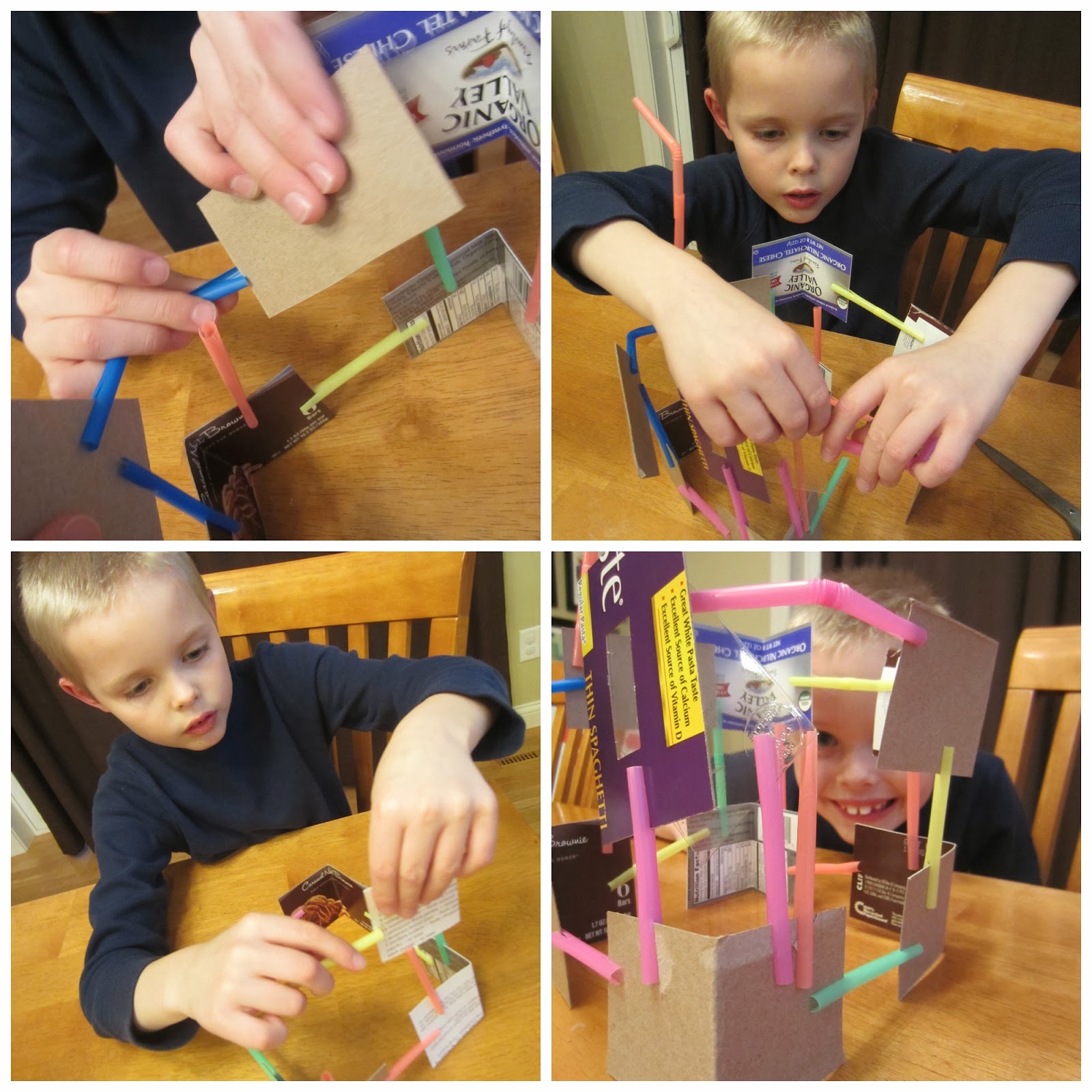 He learned quickly that in order to add stability, the folded pieces should be used on the corners (he tried using the jointed part of the straws at first but it kept falling apart).

This idea came from Martha Stewart's Favorite Crafts for Kids. This book is loaded with great craftivities!

Posted by Deceptively Educational at 8:14 AM