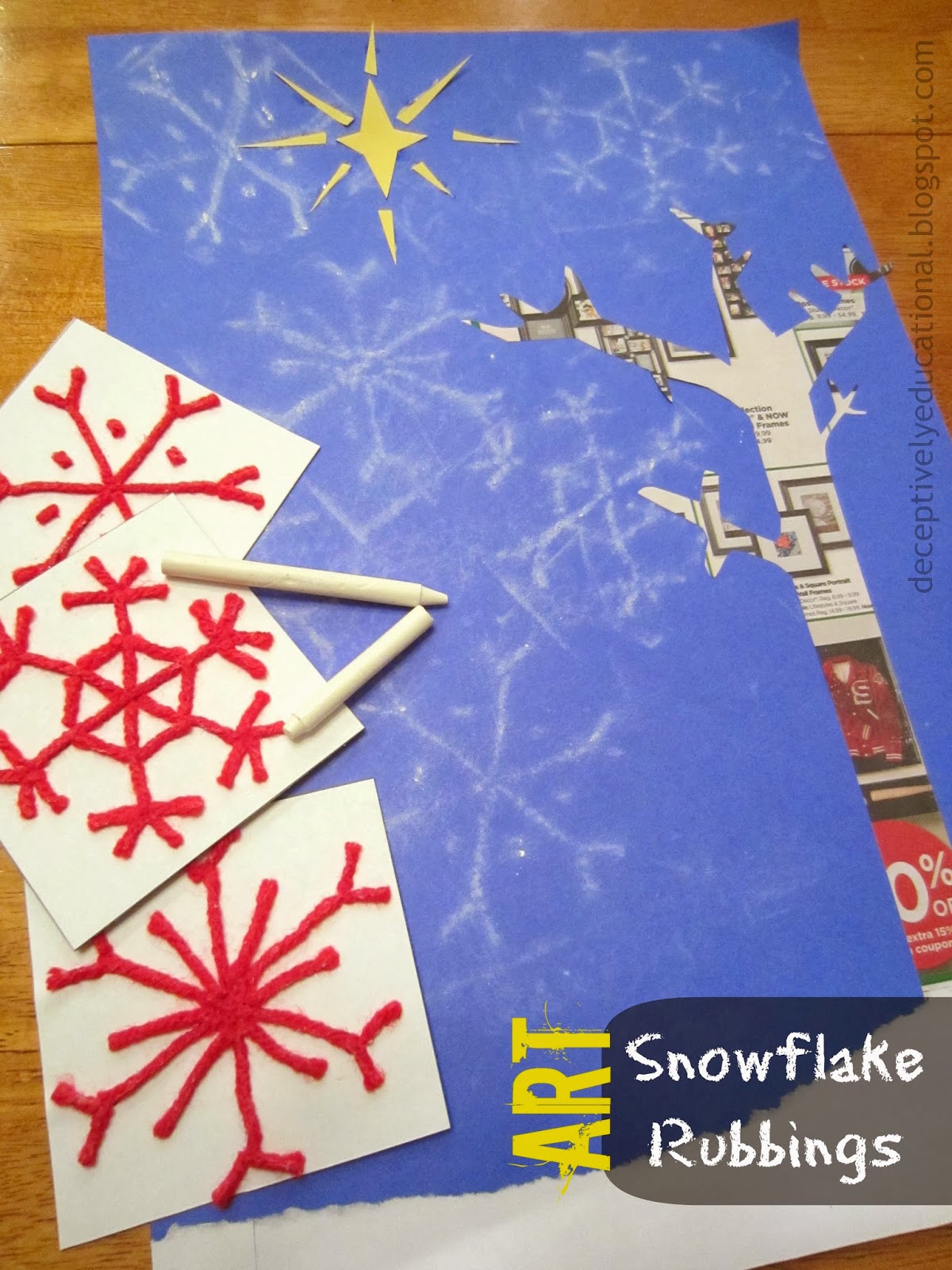 Paper cut snowflakes are so magical. We like the interactive snowflake designers online like this one here, too.

To leverage my oldest son's love of creating his own snowflakes, I thought we'd make some rubbing plates.

I grabbed chipboard (think empty cereal box) and printed some six-pointed templates on sticker paper which I adhered to the cardboard. Now I grabbed some yarn and we traced the lines with white school glue and laid yarn pieces over top, making sure none overlapped.

Then we embellished, using nothing but our own creativity, clipping small lengths of yarn and gluing them on in our own patterns.

When we decided our snowflake rubbing plates were done, I traced over the yarn with the glue to really secure them and harden the yarn. Now we let them dry overnight. 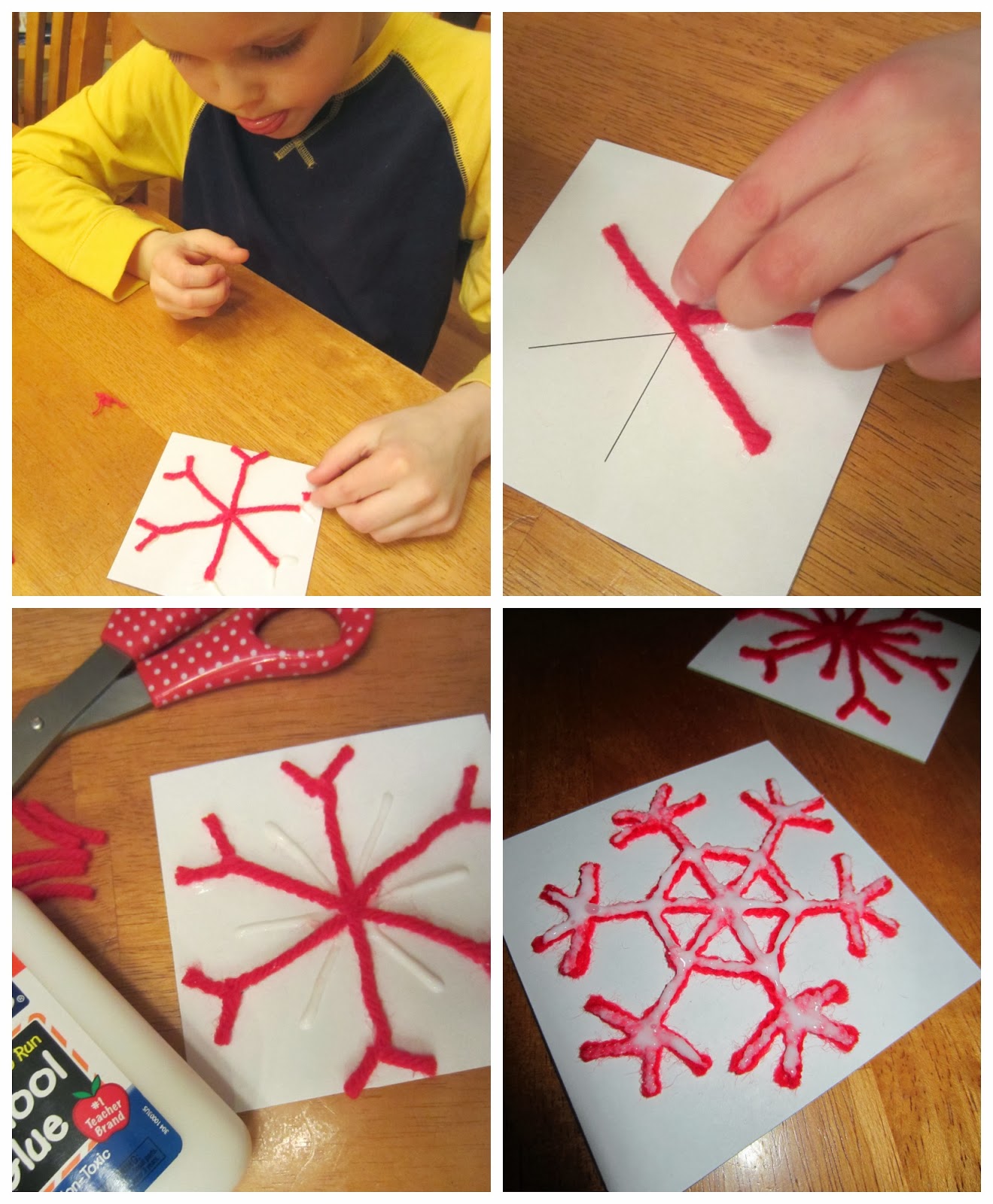 The next day, I peeled off the paper labels from two white crayons and grabbed some large blue construction paper. My sons placed the rubbing plates beneath their paper and began rubbing the side of the crayon back and forth over the snowflake plate until its design appeared like magic! 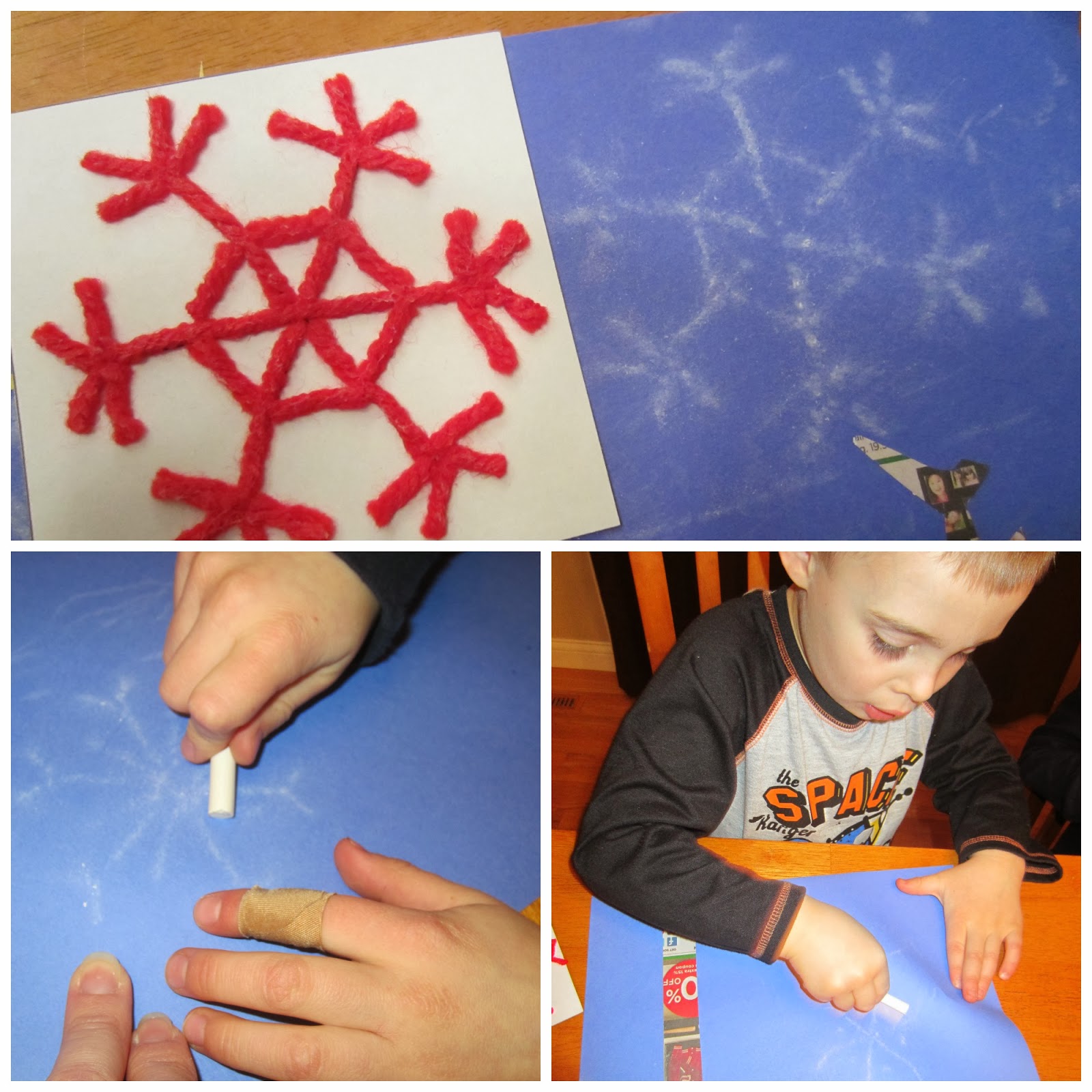 Our four year old wanted a tree in his picture so I cut one from a newsprint advertisement. We added a snowy foreground from torn paper and voila! A winter wonderland that can be recreated year after year with our new rubbing plates! 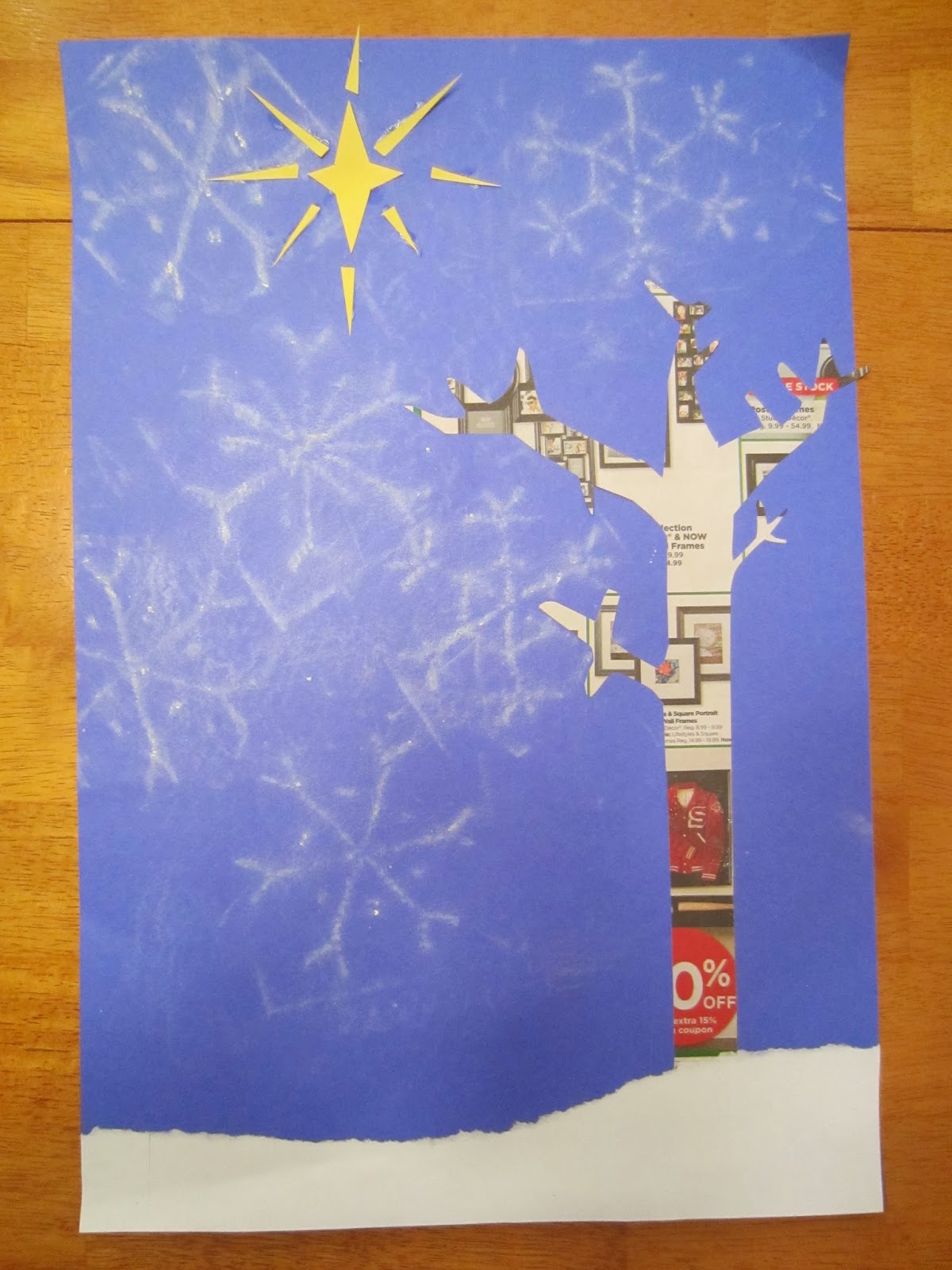 Posted by Deceptively Educational at 8:13 AM