Homemade instruments are always a hit at my house (check out our piano, drums, guitar, flute, and palm pipes for proof).

When I saw two blogs share ways to make a harmonica from jumbo craft sticks, I knew that my son and I had to give it a try. I thought we'd have a harmonica face-off to see which was better. Truth be told, both were amazing. There ARE differences, though. 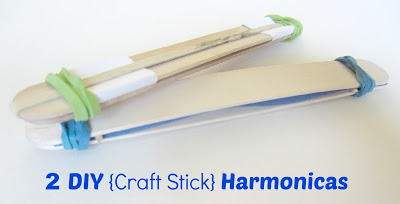 No. 1
(This idea came from Housing a Forest.)

SUPPLIES:
2 Jumbo Wooden Craft Sticks
2 Skinny Rubber Bands
Paper (cut down to a strip to roughly the same size as a craft stick)
2 Toothpicks (cut each to the width or slightly wider than the craft stick) 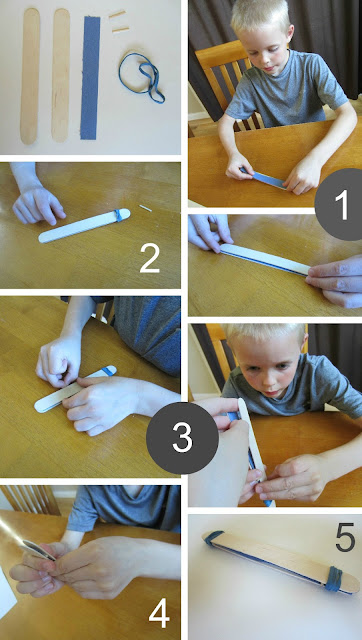 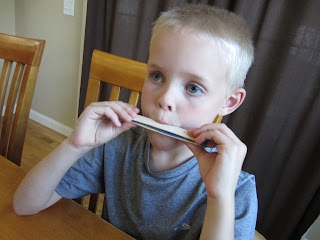 Hold the "harmonica" up to your mouth and blow air out through it to make noise.

No. 2
(This idea came from Montessori Tidbits, courtesy of Mom to 2 Posh Lil Divas.) 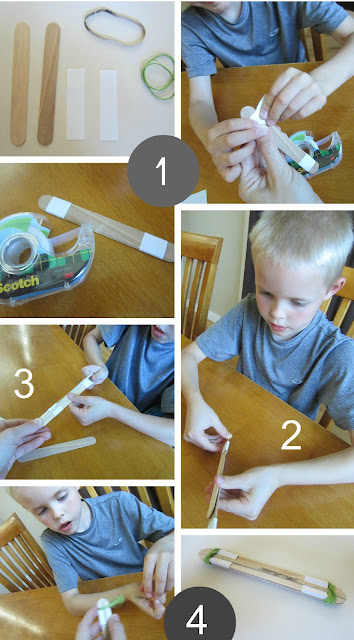 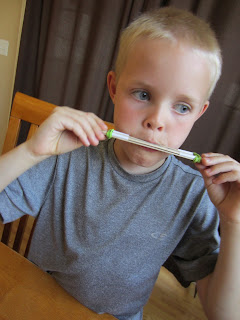 Hold the "harmonica" up to your mouth and blow air out through it to make noise.

My son was surprised that each made such a unique sound - sort of like a kazoo.

When he was done making some funky music with his new instruments, we read a book about a boy whose uncle (Booker T.) teaches him to play the harmonica. It was the perfect story to pair with this craft!

Posted by Deceptively Educational at 7:50 AM