A pinner once commented that they loved my LEGO minifigure spelling activity but the prep was pretty extensive. She's right. That's not exactly the kind of activity you throw together five minutes before your kid gets off the bus with the spelling test looming the next day. However, this idea is precisely that kind of activity.

It's one of my quick, go-to, oops-we-haven't-practiced-spelling-yet-this-week kind of activities. Five-minute prep is something this mom appreciates. Not to mention that I can start chopping veggies for dinner while reading the words on the list to my son. (Sometimes multitasking is just as important as spelling tests!)

Quick Prep
Since my son often studies for spelling after school, there's usually a snack involved. But you can certainly do this activity without food. Grab a piece of paper with a grid (download some large-scale graph paper here). Write each of your child's spelling words in the empty grid, one right after the next so each immediately follows one another. Keep them from overlapping but have them wind around the page, starting in the upper left corner.

Make sure the last letter of the last word is on the grid's perimeter. Write the name of a snack (e.g. string cheese) next to it. Write a few other snacks around the grid's edge in various places. 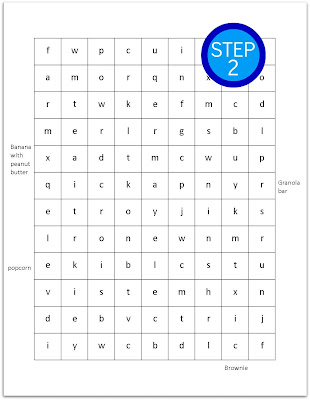 Fill in the empty boxes in the grid with other letters, being careful not to put any of the letters in the spelling words adjacent to the words.

Spell Away!
Now read the spelling list in the same order and have your child draw a line from one box to the next, spelling the words. 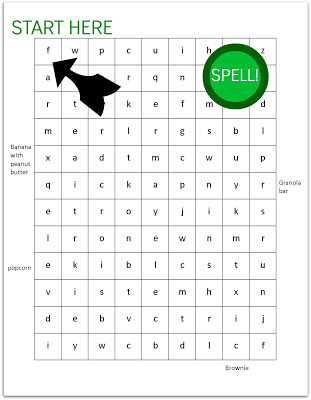 When they reach the end, he/she will find out which snack they're having! 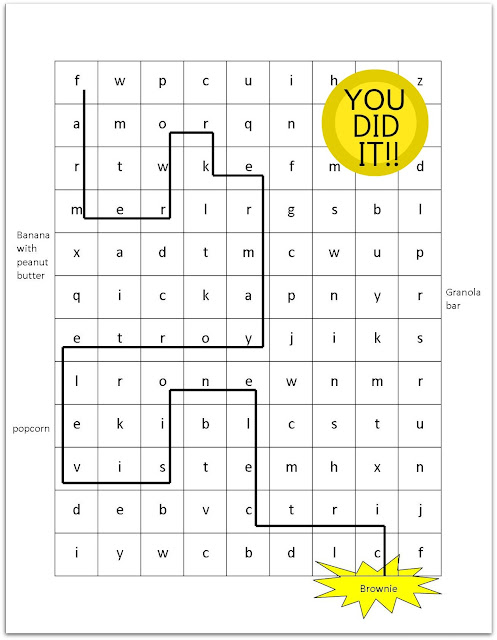 Posted by Deceptively Educational at 9:27 AM