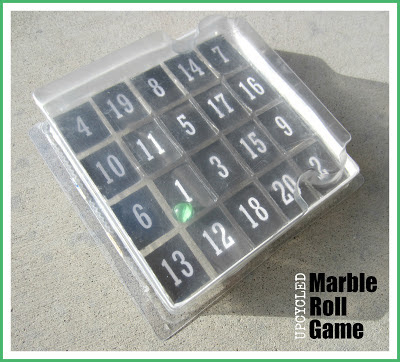 If you use FINISH® Quantum® dishwashing tablets, chances are good that you have 90 percent of the materials you need to make a fun marble roll game for your kids.

This sweet little game is so adaptable. You can practice tons of math facts (addition, subtraction, multiplication, etc.), or simply ask kids to try and slowly tip the board to roll the marble from one odd number to the next, getting the marble from the top to the bottom row. This is fun at home and great for the car, too!

How to Make an Upcycled Marble Roll Game
Simply save ALL the plastic packaging from FINISH Quantum next time you buy it. You need the plastic grid cover that holds the tablets in place and the “bowl” they sit in. 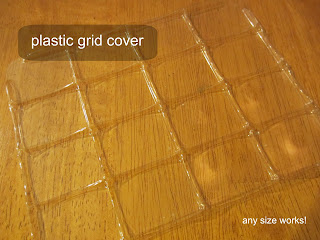 Remove all the cardboard and sticky glue (I used Goo Gone). Now download the numbers I made, print onto sticker paper, cut out, and peel-and-stick to each rectangle between the ridges of the plastic plate. Note: The ridges should be sticking up around the border of each number. I put the numbers in random order.

Glue a thin strip of craft foam around the interior of the bowl about a 3/4 inch up from the bottom (I used spray glue). Make sure the space is deep enough to allow a marble to roll around freely.

Now place a marble in the bowl and the numbered grid cover on top (numbers facing down). The edges should rest on the craft foam border you added inside the bowl. REMEMBER: The marble and the numbers should be INSIDE the bowl.

On the back of the game, run a thin bead of hot glue around the perimeter to secure the numbered grid so it doesn’t slip out. Let dry. 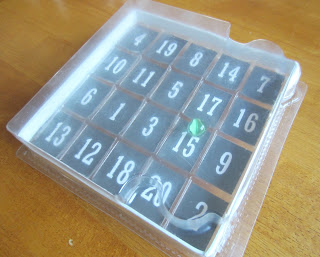 Shake-ah, Shake-ah Subtraction Instructions
Player 1 shakes the game board, muttering “shake-ah, shake-ah STOP.” He/she pays attention to where the marble stops. This is one number in their subtraction problem. One more “shake-ah, shake-ah STOP” and the player now has two numbers. The smaller number is subtracted from the bigger number and the difference is the score.

Play alternates between players for any number of rounds. The player with the highest score wins! 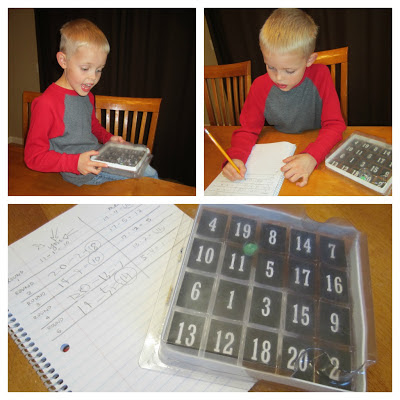 Does Your Child Speak Subtraction?
Before my son and I got shakin’ and played with our upcycled game, we reviewed some subtraction vocabulary by reading Loreen Leedy’s Subtraction Action. I love her characters and my son loves solving the problems sprinkled throughout the book. (It’s especially entertaining when you read aloud and give Mrs. Prime a crazy accent!)

Posted by Deceptively Educational at 7:49 AM