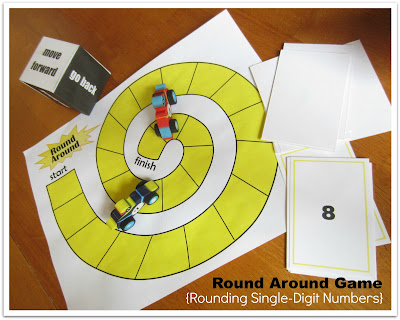 Make practicing rounding numbers up and down fun - THAT was my goal.

While a simple sorting exercise or a worksheet would have been effective, neither idea excited me. And let’s face it; if it doesn’t sound fun to me, a 7-year-old isn’t likely to think so either.

Board games are a favorite with my son, so I whipped this one up.

You need two players to play.

Objective
Use rounding to move your game piece. Try to get to the finish before your opponent. 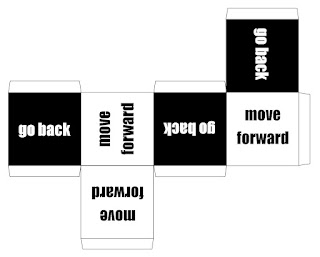 How to Play
Game pieces are placed on the words “start.”

The first player rolls the “go back/move forward” die. If the die reads “go back,” the game piece cannot be moved and play moves on to the second player. He/she rolls.

If the second player rolls and the die reads “go forward,” they turn a card over on the deck and round it up or down. If the number is four or less and rounds down to zero, the player must stay at the start. Now it is the first player’s turn again.

If the number on the card is five or higher, the player will round up and move their game piece 10 spaces on the board.

Play alternates between both players.

If a player rolls “move forward,” they will always round the number on the card they draw. If it rounds down to zero, they do not move their game piece.

If a player rolls “go back,” the number on the card drawn is the precise number of space they retreat. In some cases, this may put the player back at the first square on the game board. 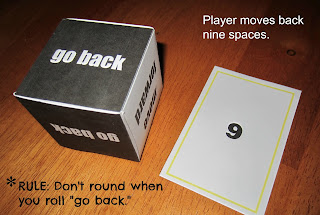 The deck of cards may need to be reshuffled for continuous play.

How to Win
A player must round a number and advance beyond the final square on the board and pass the opponent’s game piece to win. 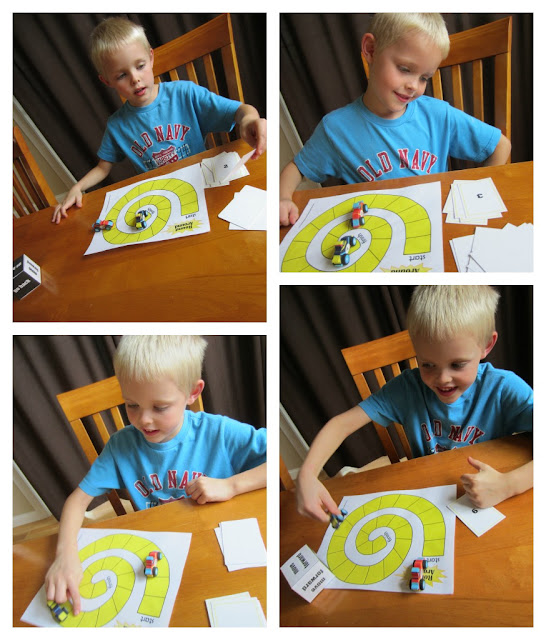 Although there are just over 20 spaces on the game board, it took us awhile to get through one game. And at one point, both my son and I were on the last space, rolling to see who would roll a “move forward” and draw a card with 5 or higher first; we were both sent back enough times to make predictions of who would win, anyone’s guess.

My son asked to play several more times, and even added LEGO minifigures to the board as “obstacles.” This was a GREAT way to practice rounding single-digit numbers.  Round Around is going in our regular rotation of home-made board games!

Note: If you child has trouble remembering which numbers round down and which round up, consider teaching him/her a rhyme. Several can be found here.
Posted by Deceptively Educational at 7:58 AM