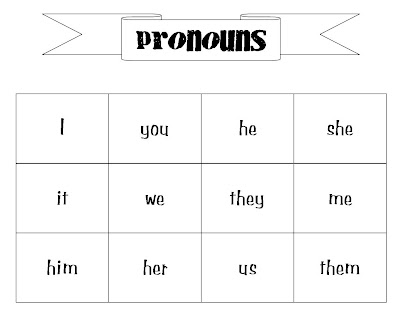 As I was leaving my son’s classroom the other day after volunteering, I heard the teacher talking to the kids about pronouns. Uh oh, I thought. Knowing how the other parts of speech have been hard for my son to distinguish, I immediately began brainstorming … and Googling.

Using a song to identify pronouns wasn’t my idea; it originated from a Prentice Hall series of worksheets I found here.

When my son came home, we watched a Schoolhouse Rocks video to jog his memory about what words are pronouns and when/how they’re used.

Then I gave him some small pronoun cards, which he put in alphabetical order. 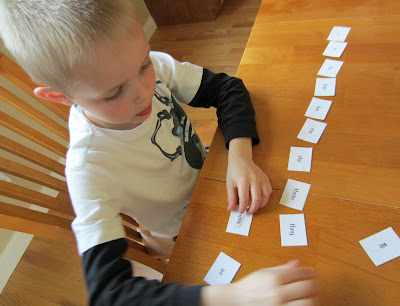 Now I played the Roy Orbison song “Running Scared.” (I found it on YouTube. He didn’t watch, but rather just listened.)

It was my son’s job to pull out the cards with pronouns he heard in the song. He listened twice to be sure he’d found them all. 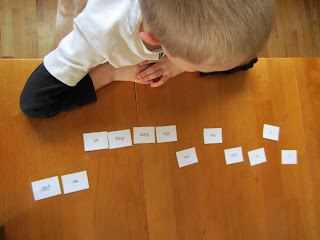 Then I gave him the lyrics I’d typed up. He circled every occurrence of the pronouns in the song. 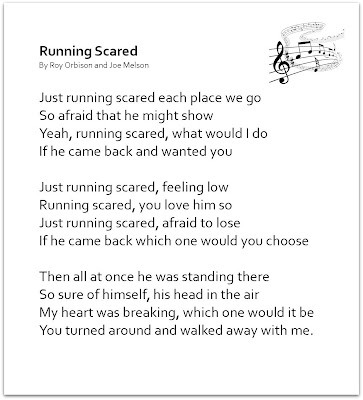 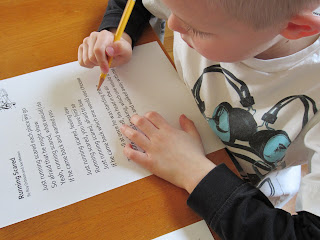 Lastly, he graphed the pronouns to see which Orbison sang the most. My son LOVES graphing and always treats it like a contest to see which word, number, or object will win. It was a tie! 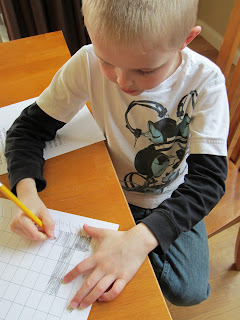