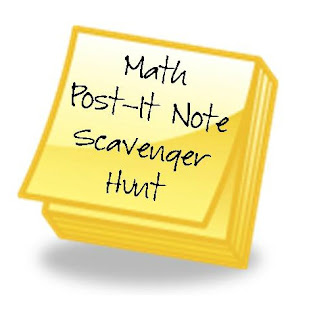 My son asked me for another scavenger hunt last week. I wanted to do something different, though (see our other hunts here and here). Blissful and Domestic provided some much-needed inspiration: a post-it note hunt!

To practice some subtraction, I grabbed 20 post-its, a Sharpie marker, and a pencil. I wrote down ten subtraction problems and their answers on a separate piece of paper.

I wrote the first problem on the front of a post-it note to give to my son at the start of our hunt.

Now I wrote the answer with a Sharpie on the front of the next note. On the back of it, I wrote the next math problem in pencil (so it wasn’t see-through). I continued to do this until all the answers and problems were written on the post-its. On the post-it note with the last answer, though, there was no problem. Instead, I wrote, “Good job! There is a prize for you in my bathroom.” (I had to hide it somewhere he doesn't usually go.)

I wrote random numbers on 10 other post-its; these had no problems on the back. If my son picked one of them mistakenly, he’d know he answered wrong since the back was blank. 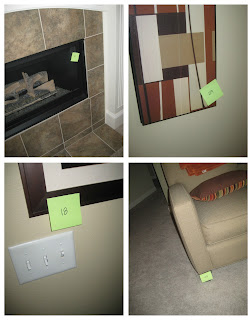 My son barely dropped his backpack at the front door when he saw the post-it notes I’d scattered in our living room, kitchen, and entryway. His curiosity was piqued and he was chomping at the bit to get going.

I gave him the first post-it, the one with the problem written on the front and off he went, answering problems and dashing around to find the post-its with the answers. When he grabbed the last answer and read the note, his legs carried him at lightning speed to the puzzle. 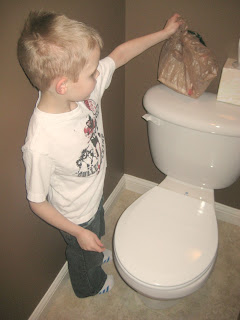 This took 5 minutes to prepare and barely any materials. And the result was one happy boy who is now the proud owner of an inexpensive (and awesome) Star Wars puzzle.
Posted by Deceptively Educational at 7:15 AM