This is not our first constellations activity, and it likely won't be our last. I have always had a bit of a fascination with star-gazing and, truthfully, I hope to pass it on to my sons. 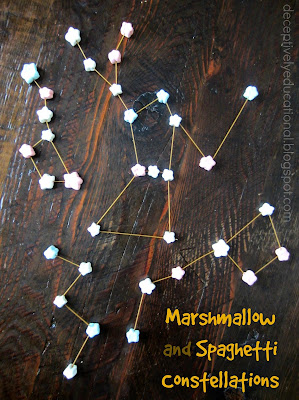 The boys had a blast with this; it combines space science and their love to build (aka the S and E in STEM). And did I mention, it provided the opportunity to eat marshmallows which we NEVER ever have in the house.

The kids were in heaven.

What You Need
Uncooked spaghetti noodles
Small marshmallows (I found some star-shaped ones on the shelf, which are probably seasonal)
A book of constellations

We used the book Constellations by Martha E. H. Rustad.


It had very little text, was simple enough for our 5-year-old to understand, and had pictures of the night sky with superimposed illustrations of what the constellations represented (because let's face it, no lady really looks like a sideways "W" like Cassiopeia). Our 9-year-old read it to his little brother. 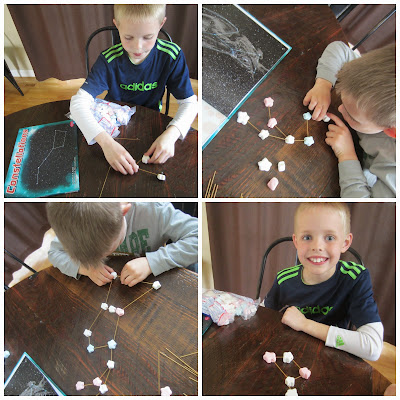 When finished, they each picked a constellation -our oldest picked the little dipper and our youngest picked Orion. They used the book's illustrations as guides and broke various lengths of spaghetti noodles and stuck them into the star-shaped marshmallows. 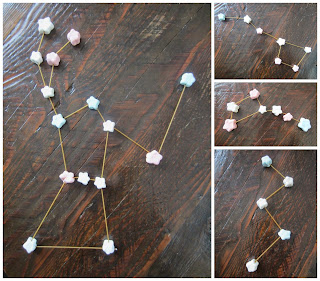 This was such a fun, hands-on way to learn about constellations! I hope you'll try it with your kids.


This activity was adapted from the To Show Them Jesus blog.
Posted by Deceptively Educational at 6:00 AM