My son's fourth grade class has been revisiting fractions lately. I thought I'd test my son's knowledge a bit and make a fun board game. 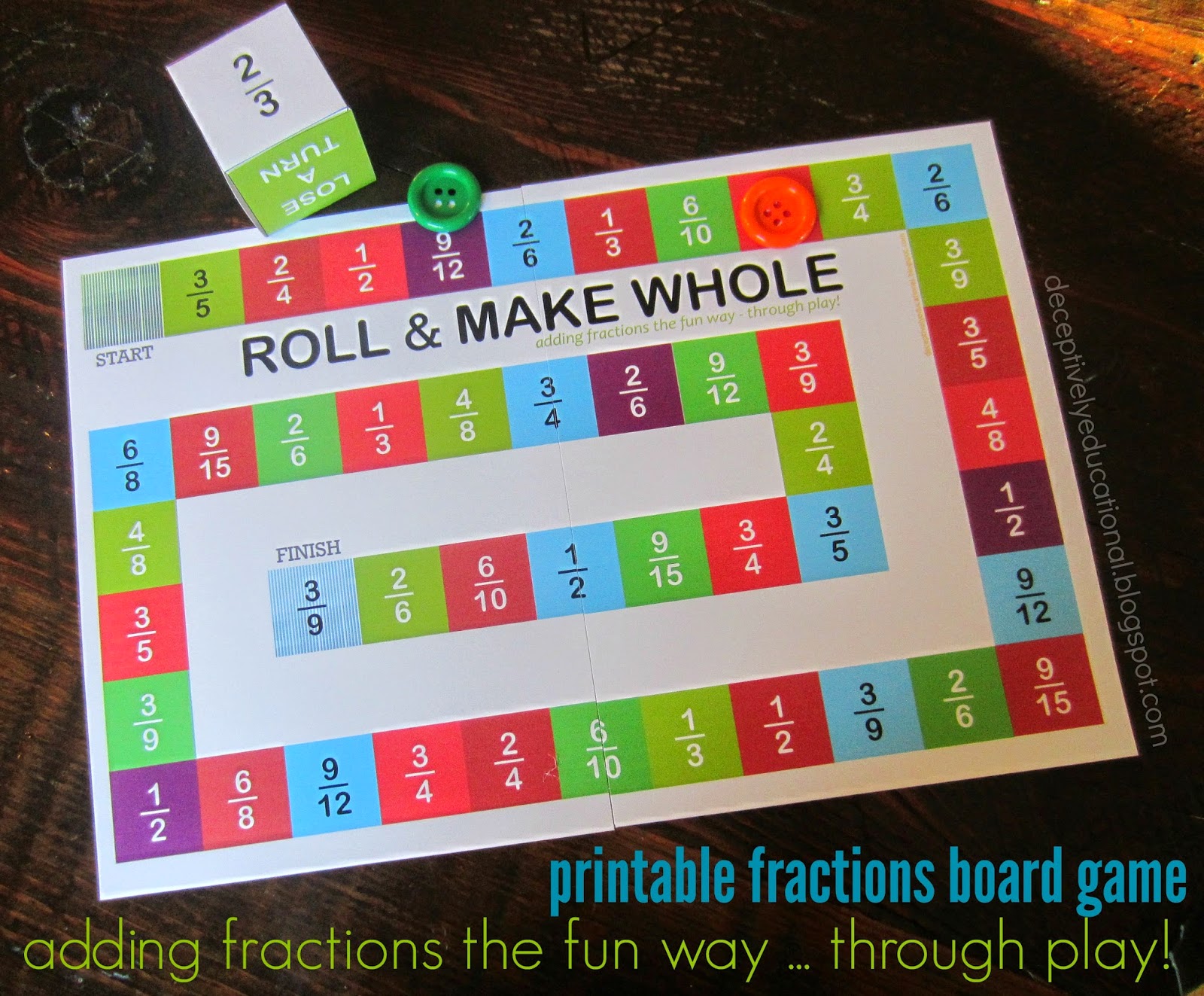 It didn't take long for my son to catch on to our game and even though I won (which almost NEVER EVER happens) he was a good sport and hours later was still talking about the fractions.

Supplies
3-page PDF download of the game board and die
3 pages heavyweight cardstock
Different game pieces, one for each player (we used oversized buttons in two different colors)
Scissors (to cut out the die)
Hot glue (to hold the die together)
Tape (to tape the game board together) 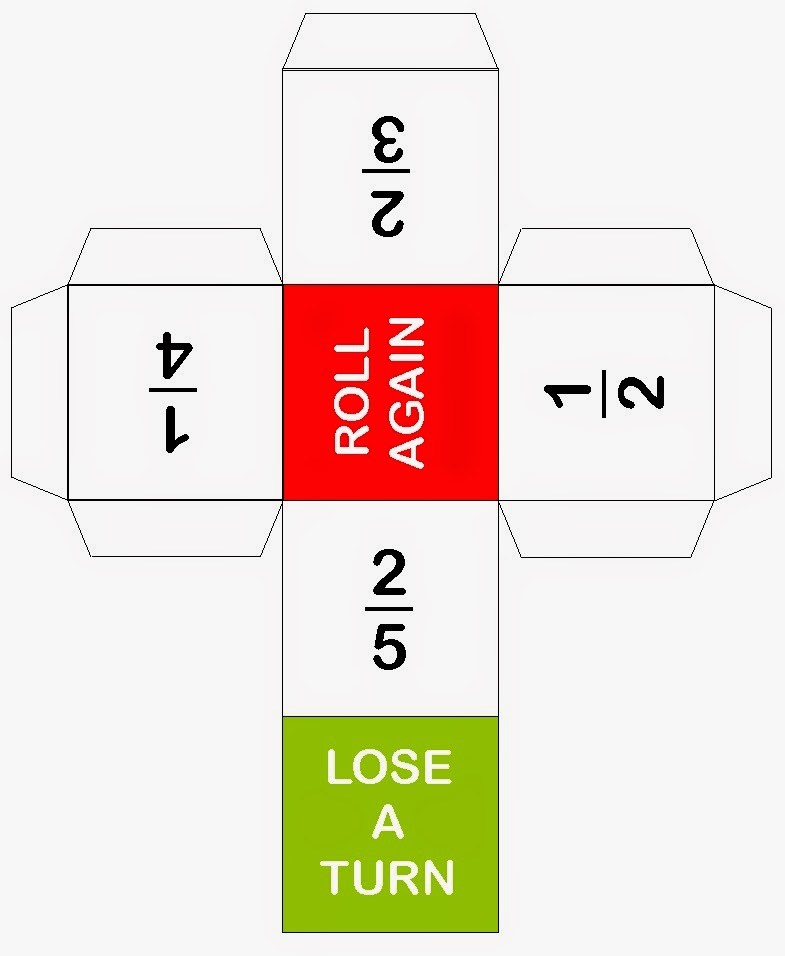 How to Play
All players put their game pieces on the start square. The youngest player rolls first. Whatever fraction is revealed on the top of the die when it stops moving, is one part of a fraction addition problem. For example, if the player rolls a 2/5, they must ask themselves, "what fraction do I need to add to 2/5 to make one whole?" 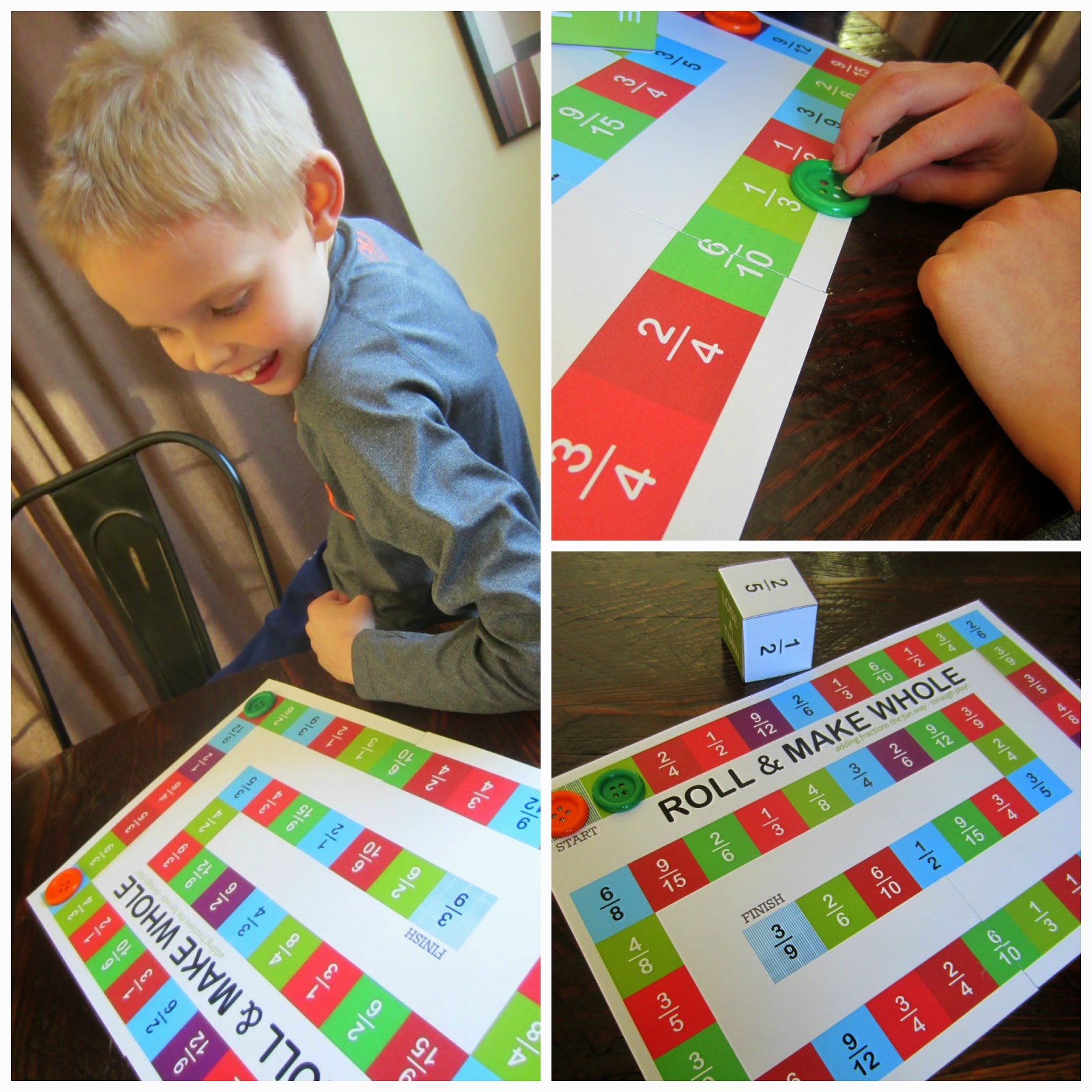 When players near the end, they must roll 2/3 to win, as 3/9 is the final square on the board. The first player to arrive at the finish wins.
Posted by Deceptively Educational at 6:00 AM