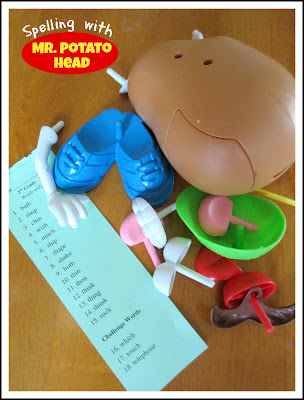 On the fourth day of second grade, my son toted home a list of 18 spelling words. Already?!?! Yikes.

While I knew they’d be coming, I wasn’t armed with any creative ideas to get my boy excited about practicing them. That first week, I resorted to the proverbial “I say it, you write it” method. How’d that go, you ask. Not well. [insert the sound of seven year old groaning]

I needed to step up my game. When sorting through all the toys we had stored during our basement remodel, I found an old friend: Mr. Potato Head.

Voila! An idea was born.

When my son came home with a new list of words, we (Mr. Potato Head and I) were ready. I told my son to put him together. 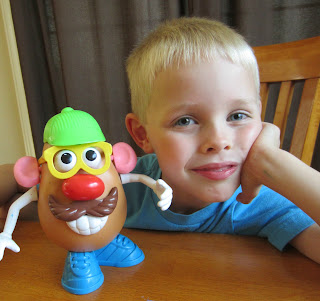 Then I gave him a pencil and paper. I had him write each word after I recited it. If there were errors, poor Mr. Potato Head would lose an accessory (hat, glasses, etc.). Keep making errors and more vital body parts (eyes, nose, etc.) would be removed.

The object was to keep our friend intact as much as possible by spelling correctly. 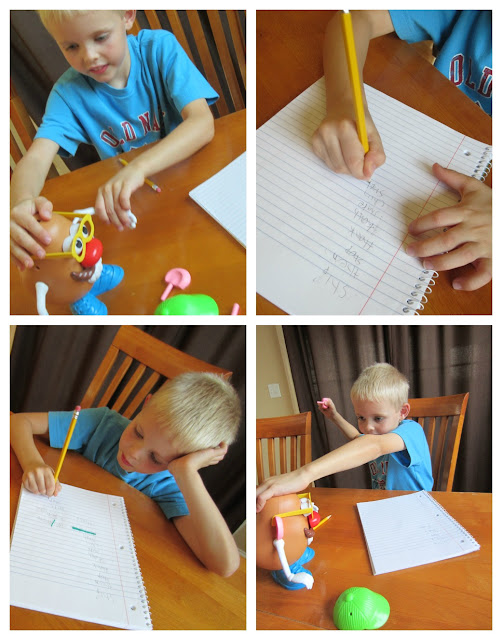 If only the word telephone wasn’t among this week’s challenge words; poor guy lost both arms over those spelling errors.

How do I know this was fun? My son was disappointed when he was out of spelling words to practice!
Posted by Deceptively Educational at 11:05 AM