FUN FROM FOLLOWERS: Multiplication (or Addition) Practice with Battleship

I know a good idea when someone shares one. A homeschooling mom mentioned playing this game with her kids on my Facebook page. I was intrigued. She graciously agreed to write this guest post to describe it for y'all. This mom of two sons, ages 5 and 7 years old, loves to be crafty and play learning games with her boys. Her philosophy fits perfectly with my deceptively educational mission. Enjoy!

Math is not only my oldest sons’ favorite subject but he seems to have a natural ability to understand numbers. However, even with his love for numbers he likes to play games to practice his skills every now and then. Coming up with games for him are not as easy as they are for my younger son. My younger son loves to read not do math, and so I am always making games for him.

I had the idea of a strategy game floating around in my head for a bit before I came up with battleship. Of course my first instinct was to search the internet for a freebie, and I came up empty. So I figured it out on my own, with some grid paper and my label machine.

I knew I needed the grid to cover the multiplication tables 0 – 12. And the ships needed to fit nicely inside that grid. I just cut the graph paper out to match my grid needs and also a couple rows for ships. I used my label maker to name all of the ships. After gluing the grid paper down and labeling my ships I had a game board ready to be tested. 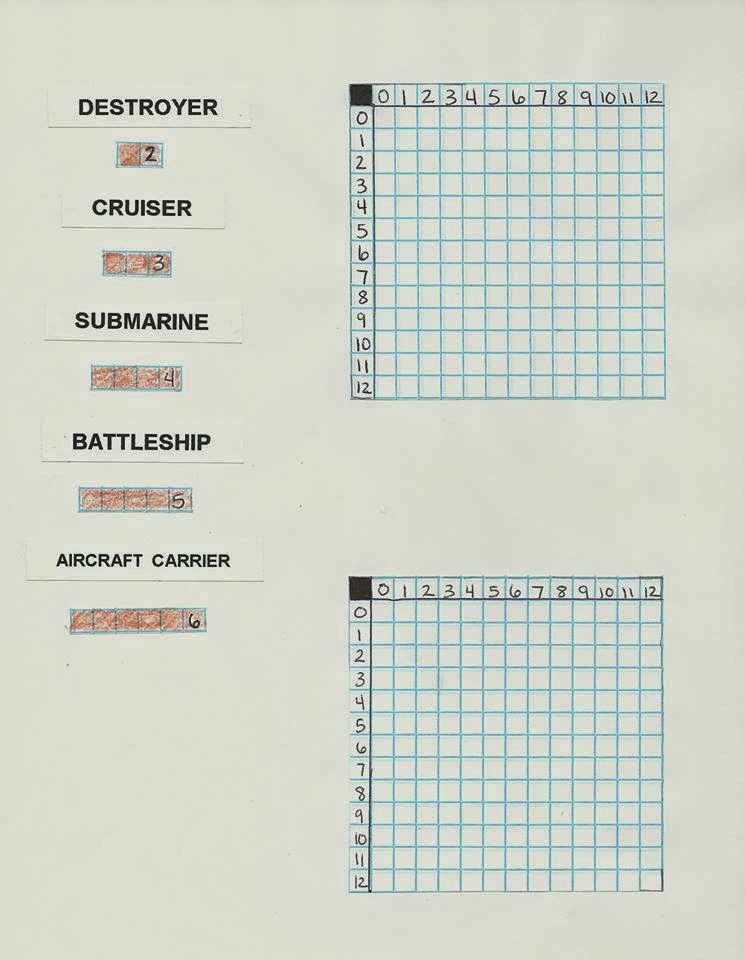 The Objective
The purpose of battleship is to sink your opponent's ships by sending missiles to specific grid coordinates each turn.

How to Play
For this game, the grid coordinates are multiplication equations. Each player gets their own sheet of paper with the two grids (top and bottom) and the list of ships on the left. Place your ships on the top grid, ships must be placed vertical or horizontal and they may not overlap. When calling out your missile coordinates you must first read the top across and then down. You must also say the entire equation, such as “6 x 2 = 12.” 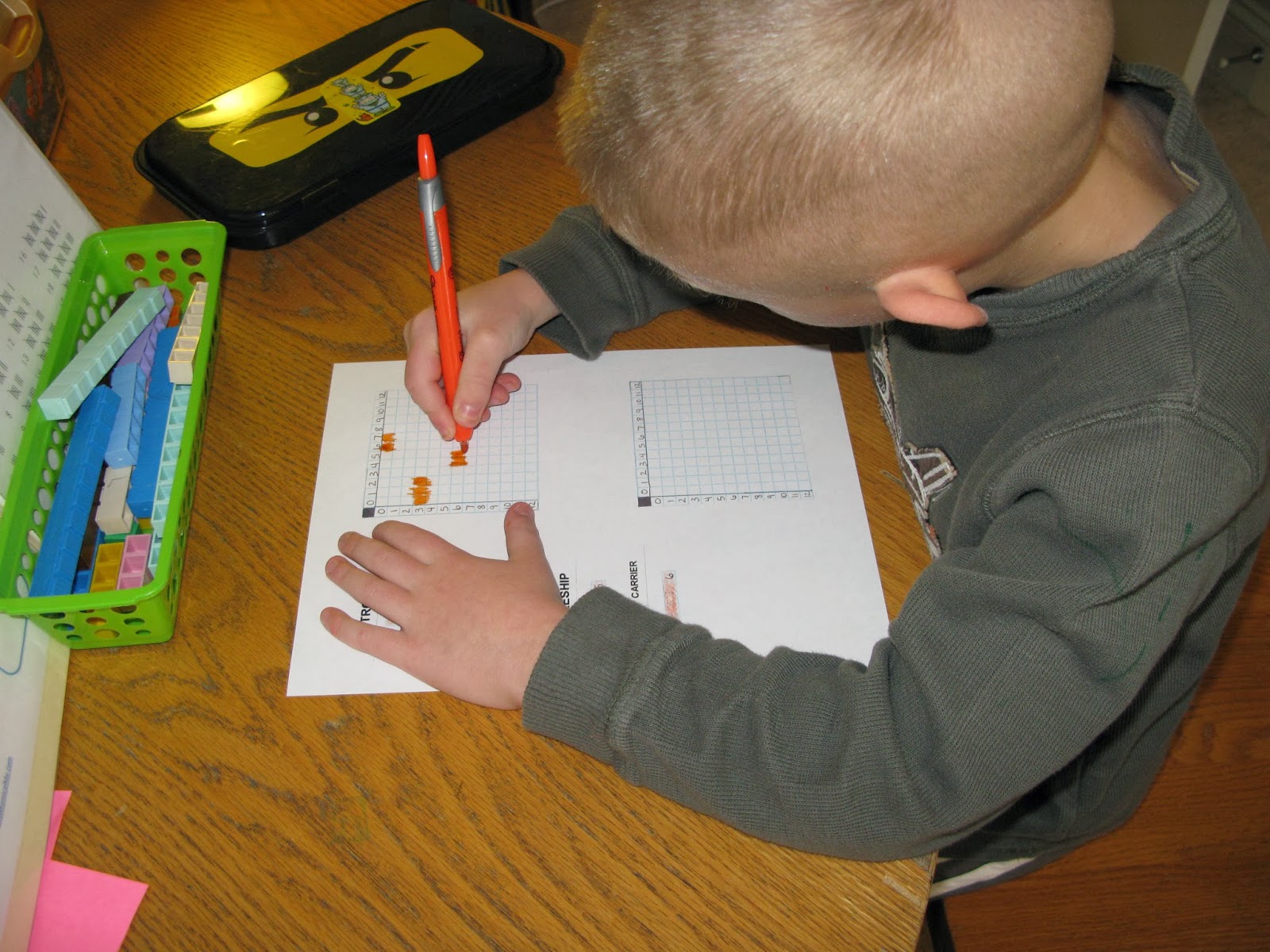 If the equation is said correctly your opponent tells you if your missile is a “hit” or “miss.” We did a few practice “calls for fire” before playing. We used an orange highlighter to mark where our ships were located on the top grid. On the bottom grid, we used blue highlighters to mark where our missiles missed and then pink to mark where our missiles had hits. On my sheet, I also used the top grid to mark the calls for fire my son said. (An extra tip I learned after the first game was to write the answers for each square on my bottom grid, just for less thinking on my part.) 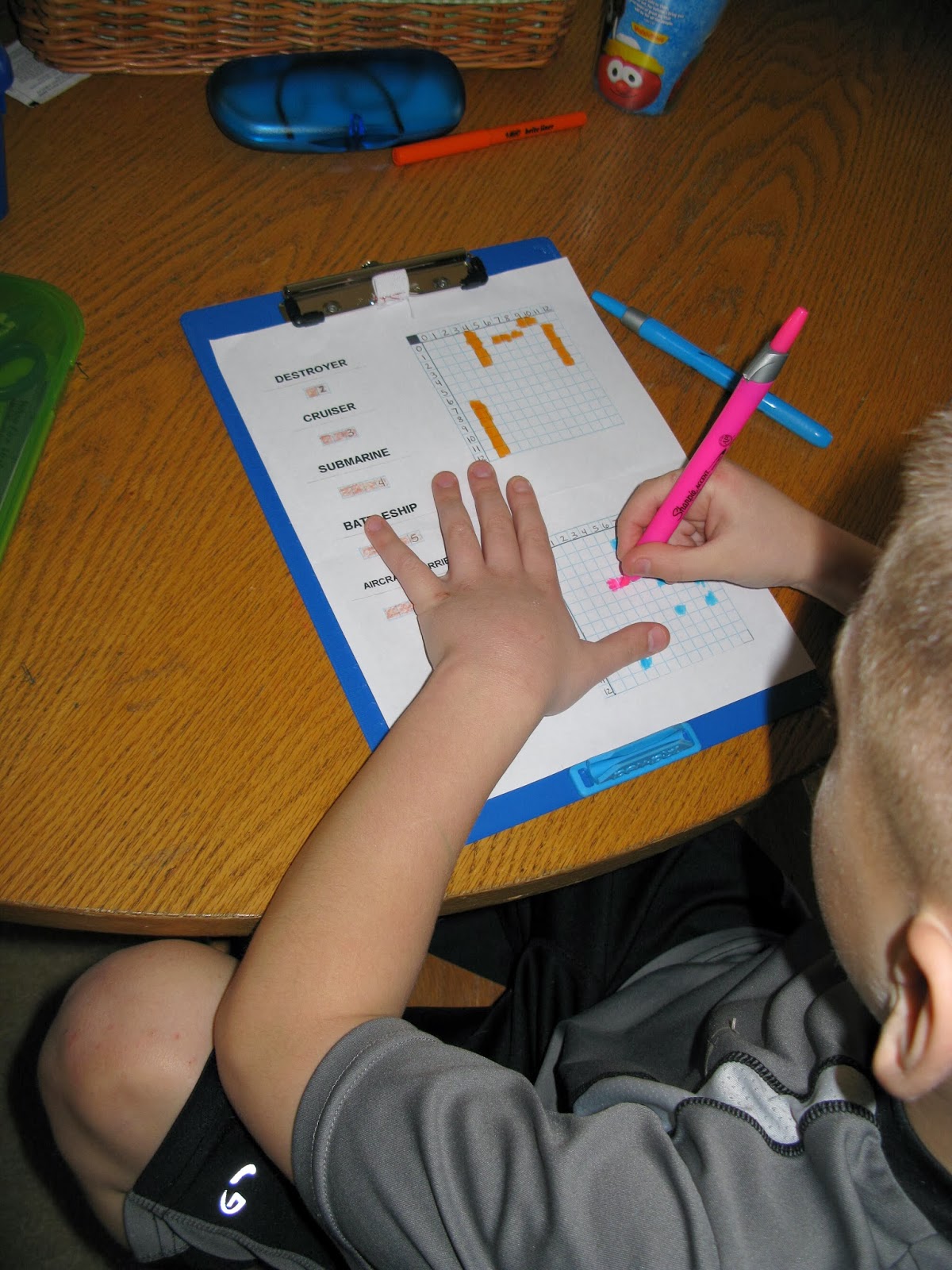 The game was so much fun, my oldest son wanted to play again and my youngest wanted a turn as well. My youngest is working on subtraction not multiplication, but I knew there had to be a way. And then I realized I didn’t need to change anything, just print out two more sheets and use it for addition. That worked out wonderfully, two different levels of game play with just one game board! 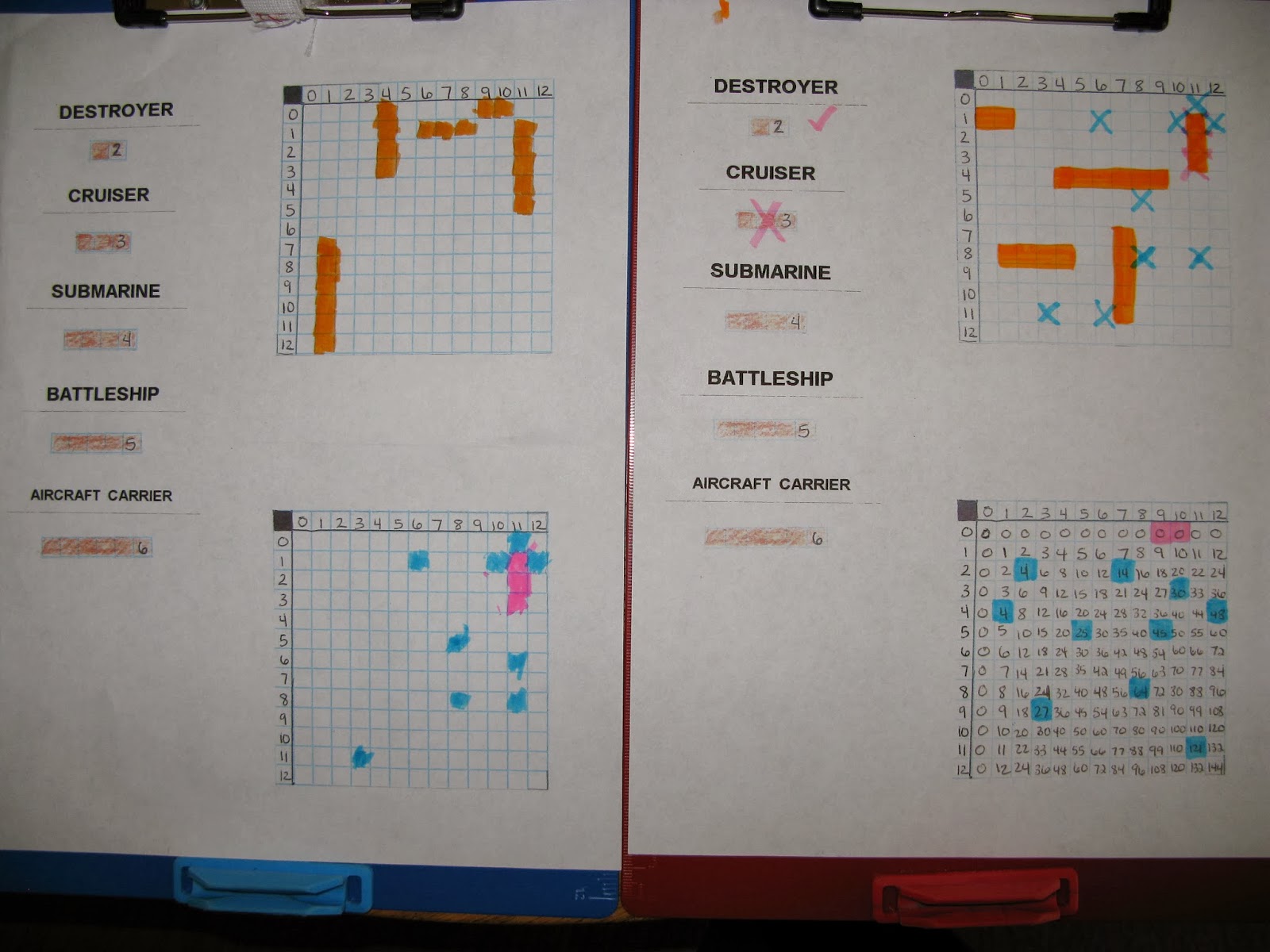 We played the game almost every day for a week. However, it didn’t take him long to figure out that Mom kept placing her ships in the rows or columns he needed the most practice with. Since first making the game I have also laminated the sheet inside a file folder. Now we can use dry-erase markers and not print so many sheets of paper. I hope that you have as much fun with this game as we did and that it is helpful with practicing math skills.
Posted by Deceptively Educational at 7:00 AM