3 Fun Ways to Play (and Learn) with Static Electricity

This week was hectic. There wasn't a lot of time to prep after school activities, but luckily these took very few supplies and only a few minutes to gather materials.

Don't think that just because they were simple, they were boring either. Quite the contrary is true. What you can do with a negatively charged balloon is akin to performing magic.

Static Electricity Activity #1: Soda Can Race
To prep, I placed two strips of painters tape on our hardwood floor as a starting and finishing line. Now the boys each picked a party balloon and we blew them up and tied them. My sons rigorously rubbed the balloons against their hair, causing a build up of negatively charged electrons on the surface of the balloon. 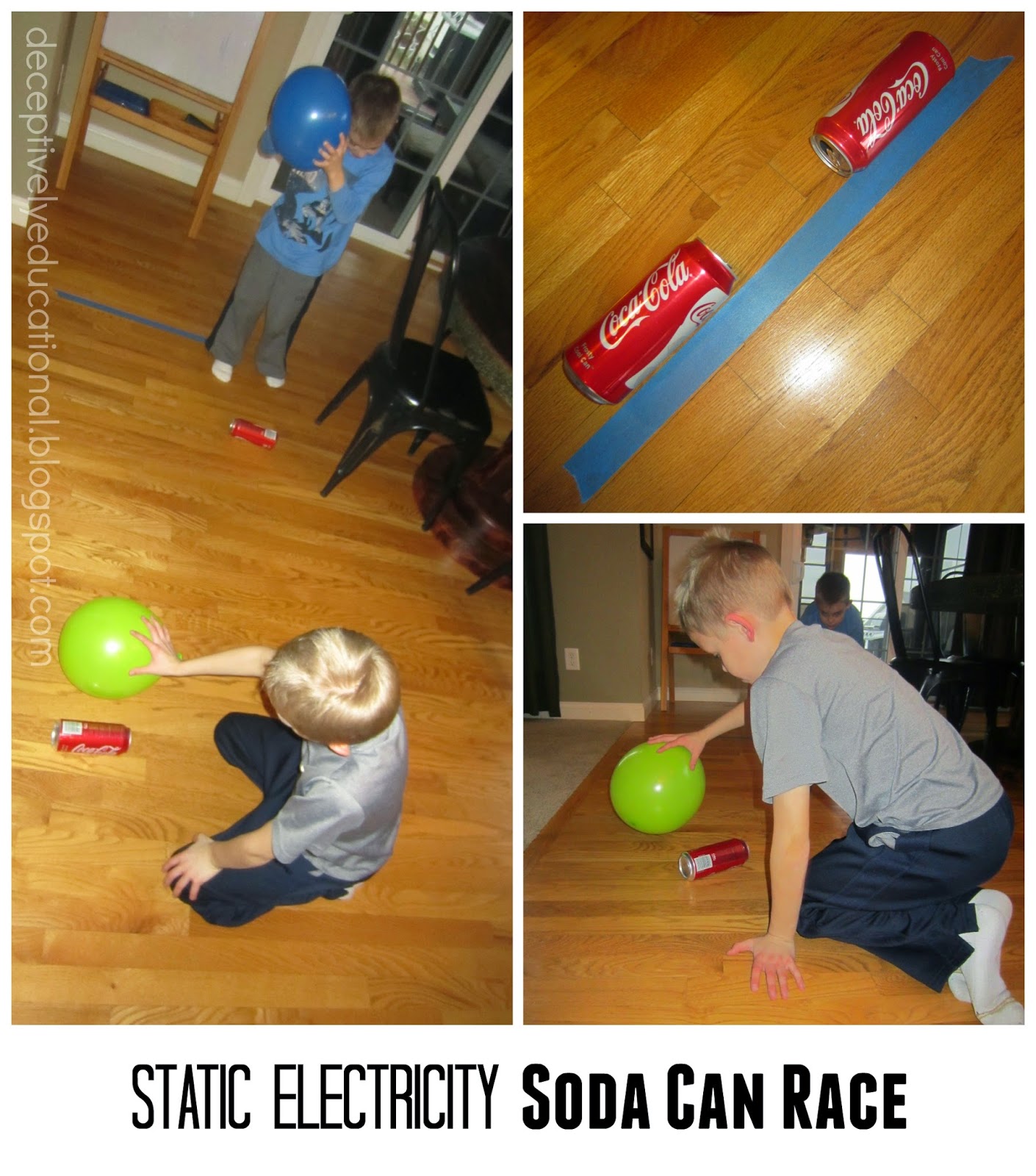 The boys had to stop and re-rub their balloon to keep the can rolling and had a blast trying to get their can across the finish line first.

This activity came from Science Bob.

Static Electricity Activity #2: Spinning Stick
For our next activity, I grabbed a wooden craft stick and a spoon. I turned the spoon upside down on the table and balanced the stick on the peak of the spoon's curvature.

Now my son's rubbed the balloon in their hair to again create a build-up of negatively charged electrons and then held the balloon near one end of the stick to watch it slowly begin to turn. The boys each took several tries to see if they could get the stick to do a full 360 before it slid off. This was as much a science experiment as an exercise of patience! 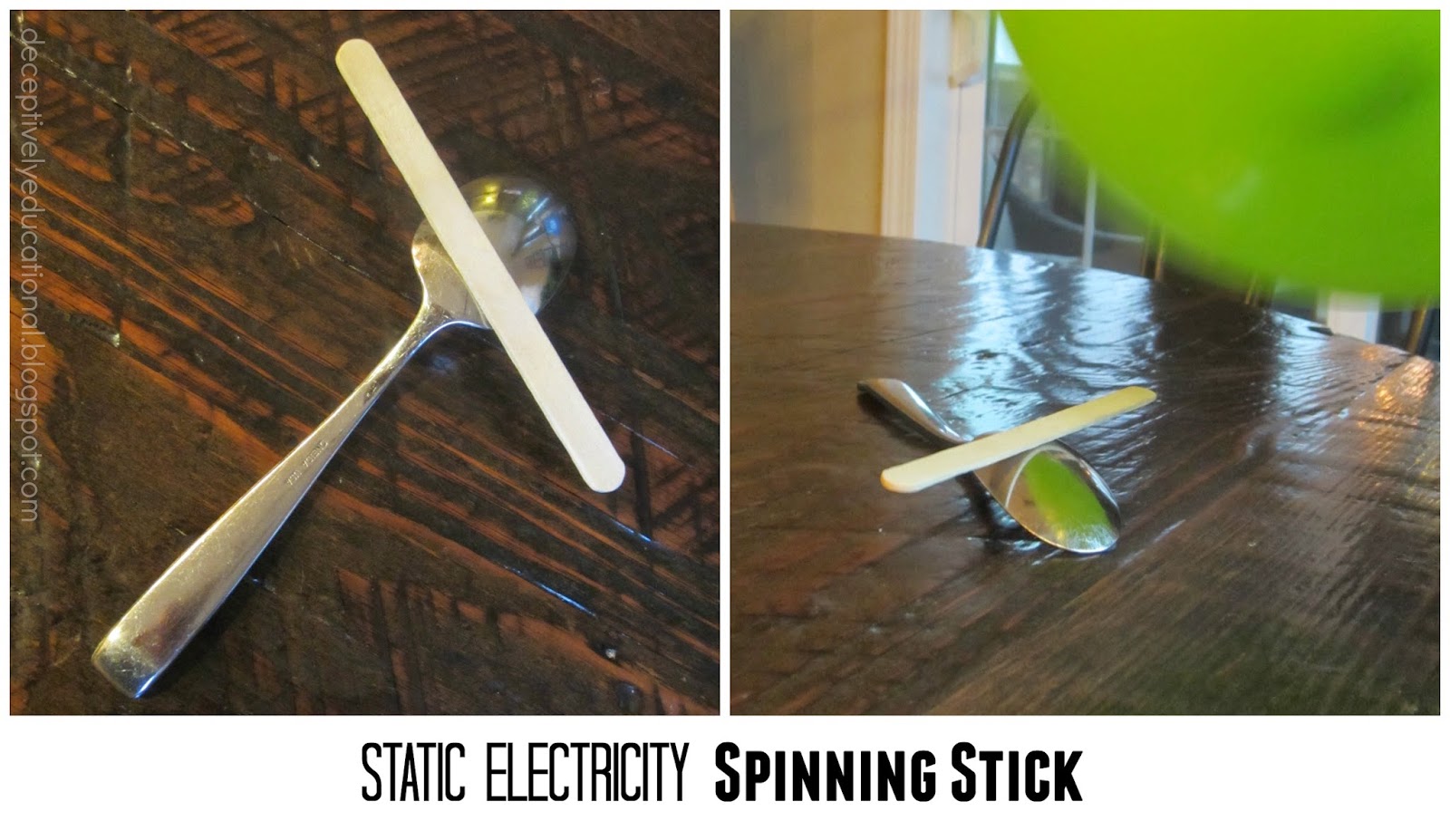 This activity came from Homeschool and Things.

Static Electricity Activity #3: Make the Cereal Dance
For this activity, I put a small handful of crisp rice cereal on the table in front of each boy. My sons charged up the balloon with their hair and then placed their balloon about an inch above the cereal.

What happened next was amazing. The tiny puffed cereal pieces stood up on end, some of which seemed to wiggle under the powerful force of the electrons, and many were pulled to the surface of the balloon like a magnet. My sons compared whose balloon had more stuck-on cereal. 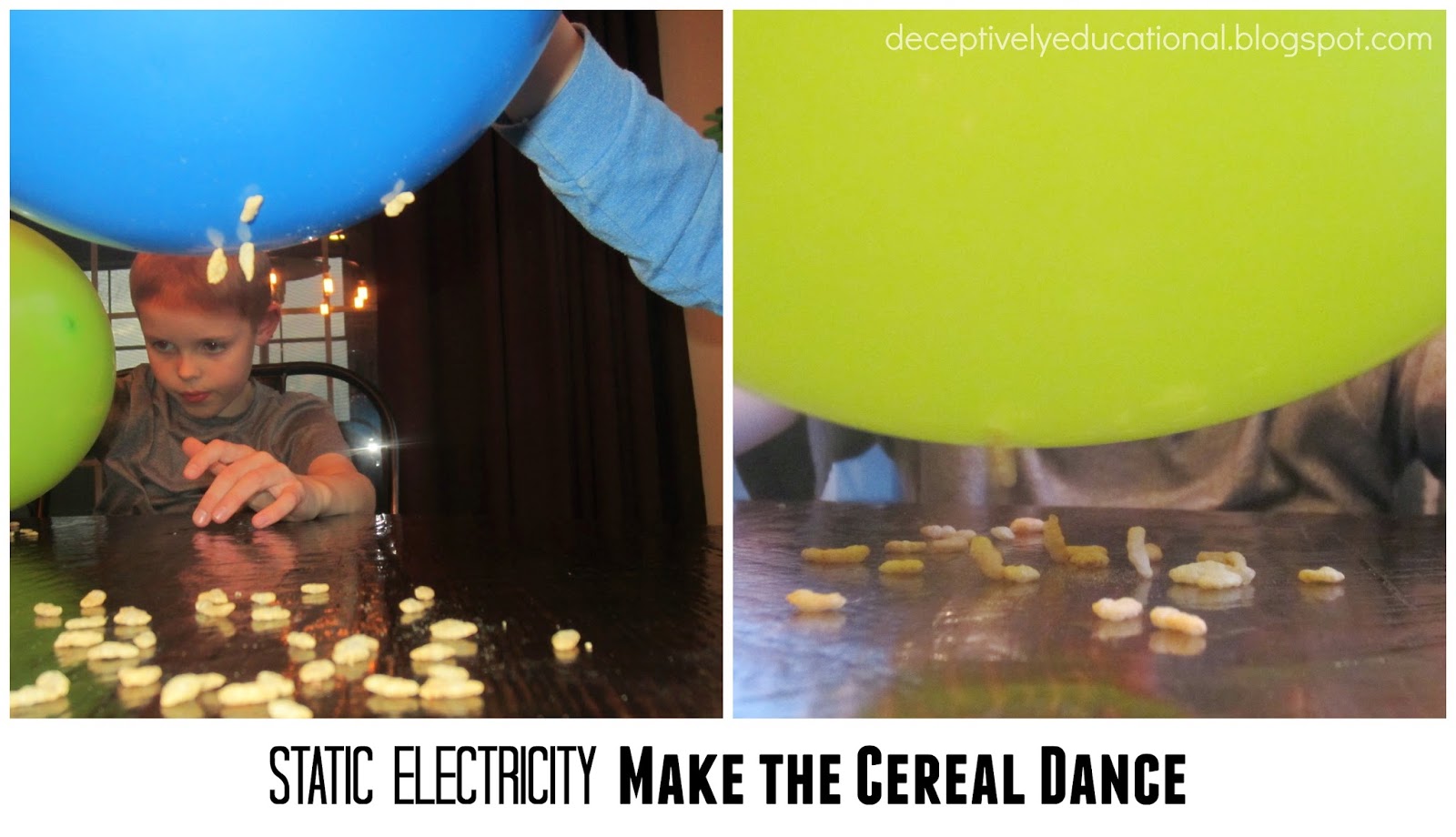 This activity was adapted from Mad Sci.