What can you make with some long lengths of string/ribbon and an empty cardboard toilet paper tube? A rocket, that's what! 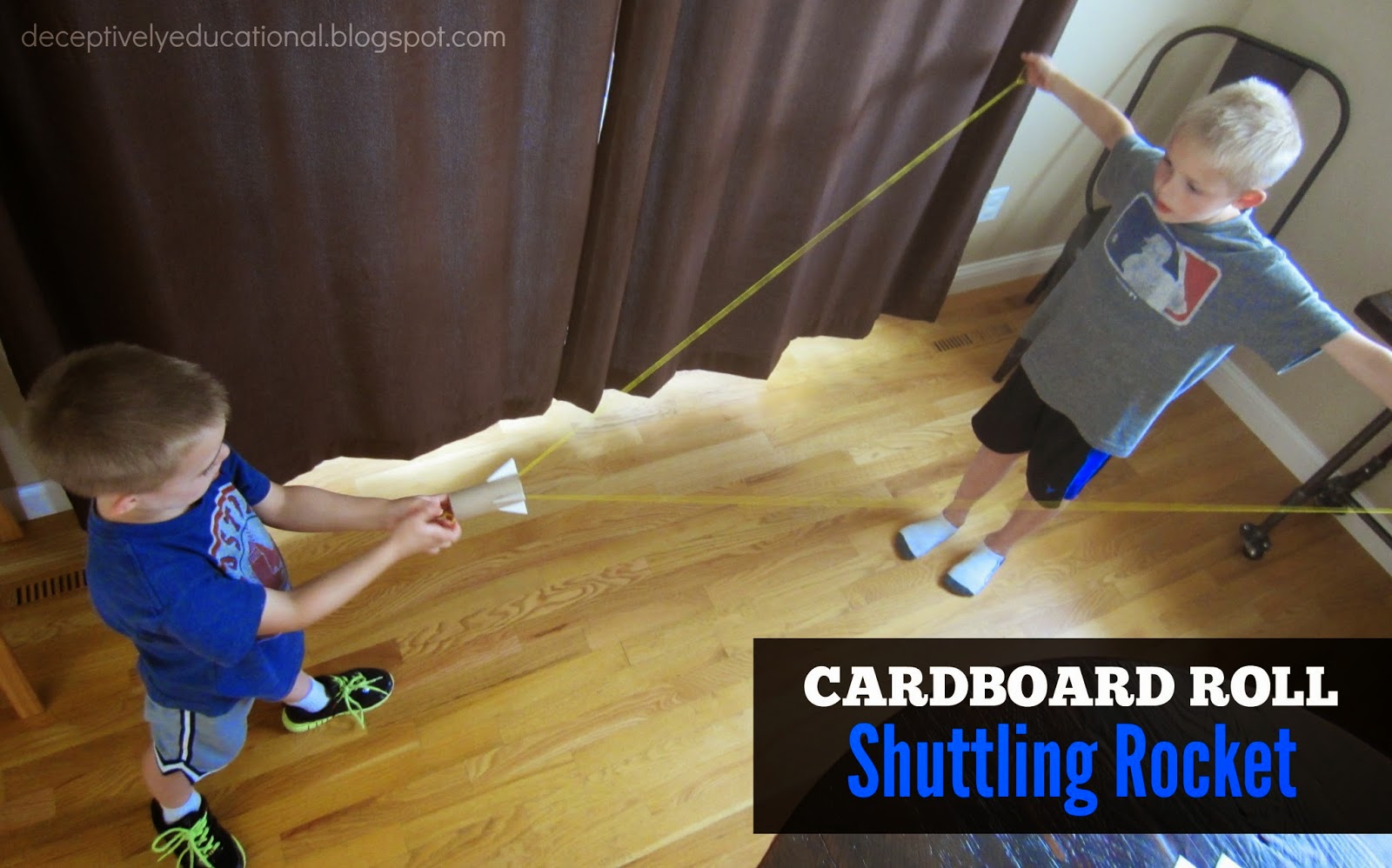 There are a few other necessities: two people and teamwork.

Decorating your rocket is optional. We added some craft foam fins with hot glue, but the boys were too eager to see the rocket in action to really give it an authentic look. 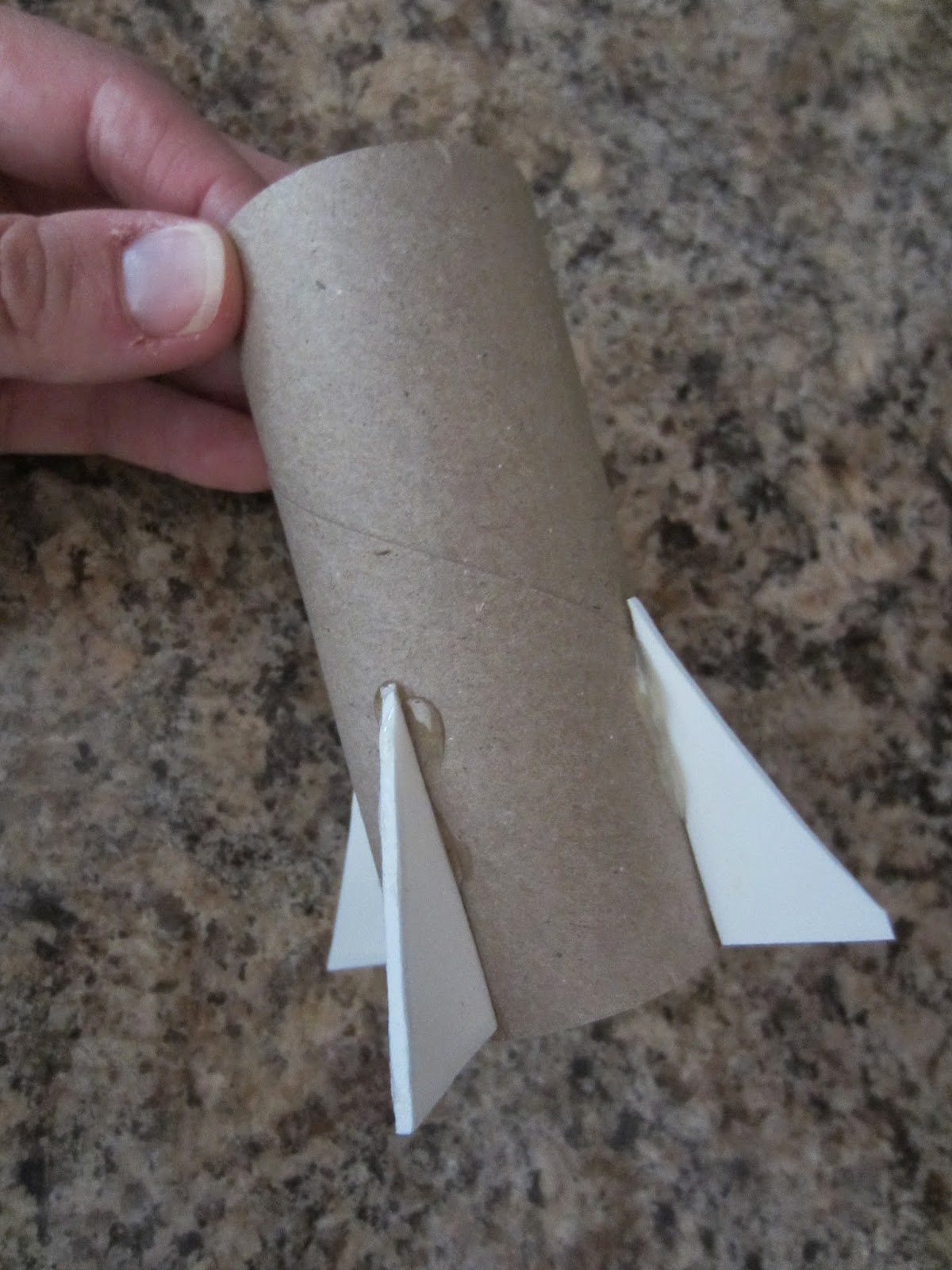 To prepare, cut two long lengths of string. Mine were each five to six feet long. Make a loop at each end so the string has a "handle." 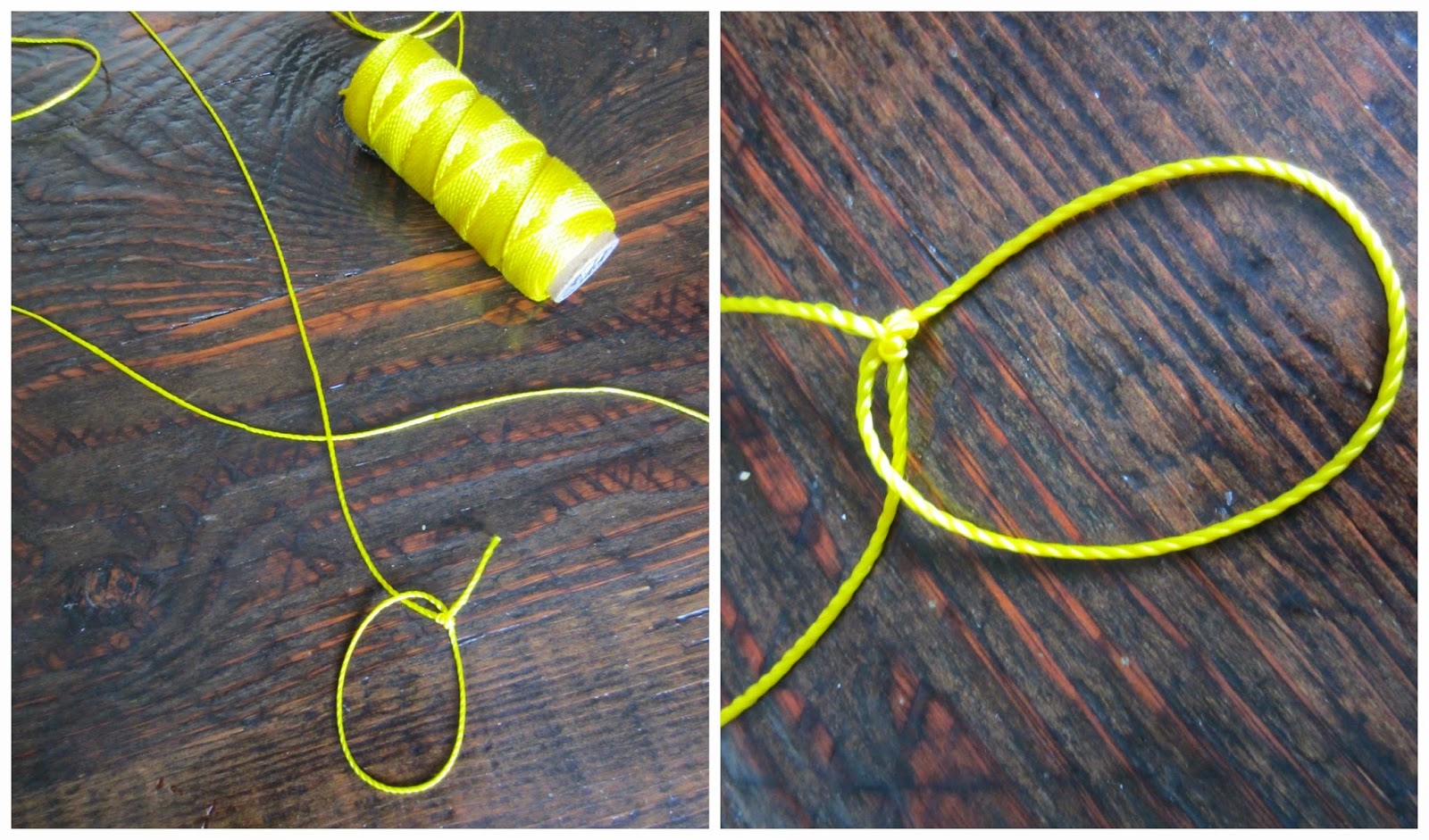 Note: If you tie this with a slip knot (I think that's what it's called), the loop you've created might shrink as the string slides, so don't put these around a child's wrists. Just have them hold onto them with several of their fingers threaded through the loop. To avoid any possibility of this, grab four bangle bracelets or cut the center out of round plastic lids and tie the string to them to use them as handles.

Now put the lengths through the toilet paper tube's hole and have each child stand opposite each other with the string loops in each hand.

They'll need to stand so the string is fairly taut. Have both children start with their hands together. Move the rocket tube along the string close to one child's hands. Then instruct that child to widen his/her hands/arms and watch the rocket shuttle to the other child. Can he/she send it back? 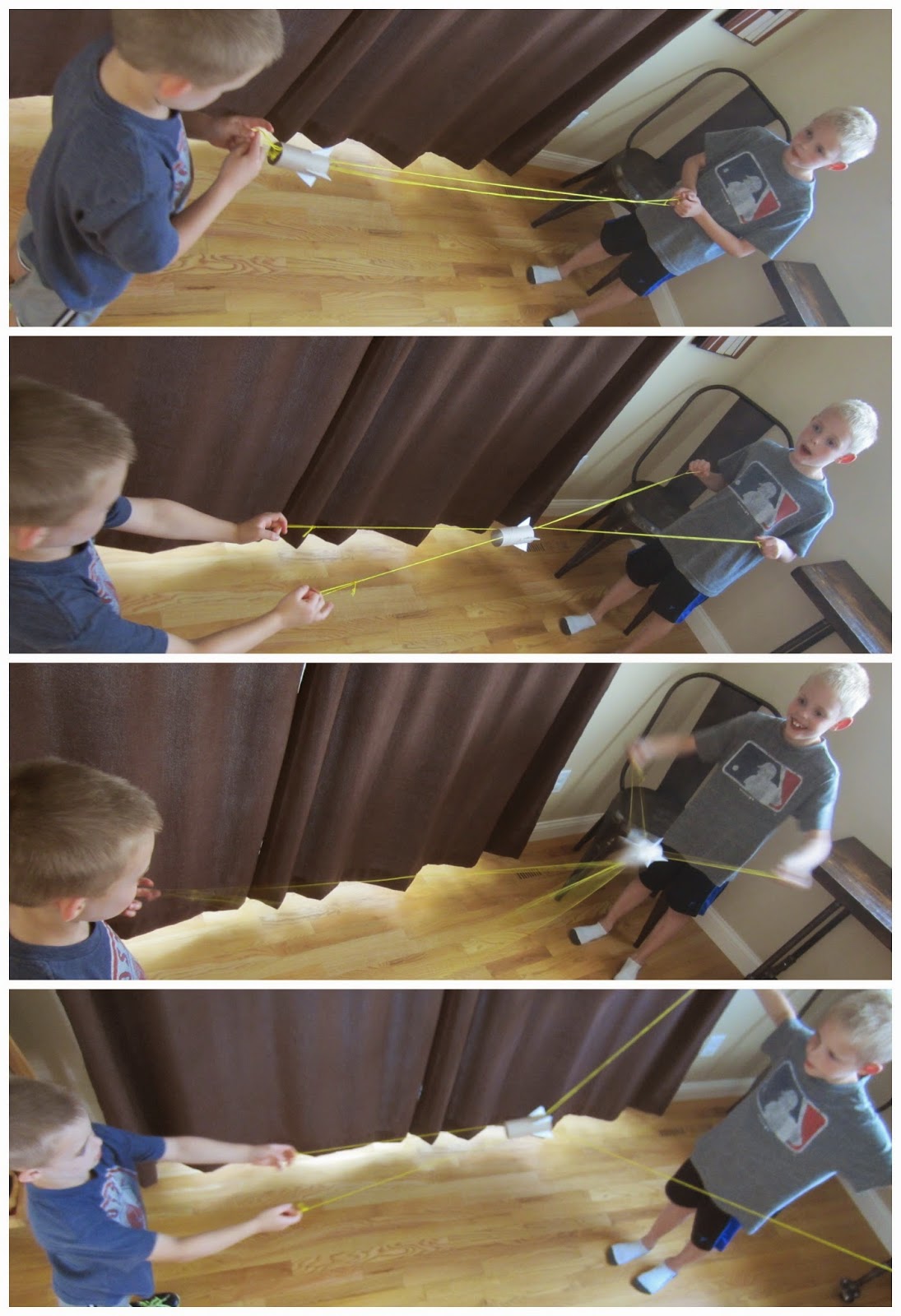 This took some real teamwork for my boys. They had to work together to figure out whose hands should be together and whose should be opening in order to send the rocket back and forth between them.

They had a blast (pun intended)!

Check out the short video we made to show you how it works. (There is some serious concentration going on here.)

Want to pair this with a great book? Our nearly five year old and I read Roaring Rockets from Tony Mitton's  Amazing Machines series (we LOVE these picture books).


This idea came from FamilyFun magazine.